Bangui — Former Darfur janjaweed leader Ali Kushayb, who has been indicted for crimes against humanity by the International Criminal Court (ICC), was arrested in the Central African Republic (CAR) on Monday, Radio Dabanga has been informed by reliable sources.

While no official announcements have yet been released, reliable sources inform this station that Kushayb has been detained, and efforts are underway to transfer him to The Hague in the Netherlands to face trial by the ICC.

The warrant of arrest by the ICC against Kushayb lists 50 counts on the basis of his individual criminal responsibility.

As previously reported by Radio Dabanga, on February 11, government negotiators and the Sudan Revolutionary Front rebel alliance agreed during peace talks on the Darfur track in the South Sudan capital of Juba, to hand deposed dictator Omar Al Bashir and the other ICC indictees to the court in The Hague.

On February 22, activists reported that in fear of arrest by the transitional government, Kushayb fled his residence in Rahad El Berdi in South Darfur, accompanied by several armed men, and was seen moving to Um Dafug locality where he crossed the border into the Central African Republic (CAR).

In 2007, the ICC issued arrest warrants against former Minister for Humanitarian Affairs, Ahmed Haroun, and former janjaweed leader Ali Kushayb for numerous counts of war crimes and crimes against humanity.

The court issued a first arrest warrant against Omar Al Bashir for war crimes and crimes against humanity in 2009. The second indictment, for genocide committed against the Fur, Masalit, and Zaghawa tribes in Darfur, followed a year later. Al Bashir, ruled the country for 30 years and was deposed by a military coup on April 11, 2019.

A warrant against former Minister of Interior Affairs, Abdelrahim Hussein, was issued in 2012, for crimes against humanity and war crimes committed in Darfur.

On December 14 2019, Al Bashir was convicted on charges of corruption and currency irregularities, and sentenced to two years in a 'correctional facility' designed for older prisoners.

He is still being held in Khartoum's Kober Prison, which became notorious under his regime for holding countless political detainees, many of whom were tortured or worse. Al Bashir is awaiting trial on further charges regarding the killing of demonstrators following the violent dismantling of the sit-in in front of the army command in Khartoum on June 3, 2019.

On March 31, the public prosecutor formally charged Al Bashir, several of his senior military aides, and a number of Islamist leaders of undermining the constitutional order more than 30 years ago. He also faces further charges for money laundering, corruption, and forbidden and suspicious wealth.

Last month, Sovereign Council spokesman and Deputy Chairman of the Anti-Corruption Committee, Mohamed El Faki, said that the transitional government does not have a stance against handing Al Bashir over to the International Criminal Court to stand trial. "However, the decision to transfer Al Bashir to the Hague is associated with national politics, legal, and social aspects," he said. 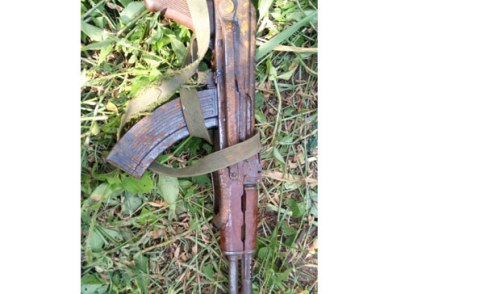 International Donors Pledge Over a Billion to Sudan
Tagged:
Copyright © 2020 Radio Dabanga. All rights reserved. Distributed by AllAfrica Global Media (allAfrica.com). To contact the copyright holder directly for corrections — or for permission to republish or make other authorized use of this material, click here.