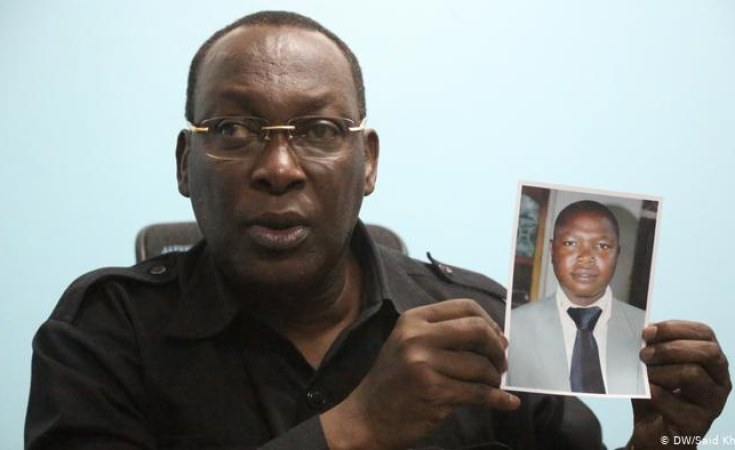 Said Khamis/Deutsche Welle
Chadema party leader Freeman Mbowe holds a picture of party member Daniel John who was mudered in 2018.
The Citizen (Dar es Salaam)
By By the Citizen Reporter

Dar es Salaam — The leader of opposition in Parliament and national chairman for Chadema, Mr Freeman Mbowe, was attacked by unknown assailants at night on Tuesday, 09 June 2020.

The opposition party said via its official twitter account that Mr Mbowe was attacked by unknown assailants when he was returning to his Dodoma home.

"The national chairman for Chadema and leader of opposition in Parliament, Freeman Mbowe has been attacked and injured by unknown assailants when he was returning home in Dodoma. He has been rushed to the hospital for treatment. We will update you accordingly," the party twitted at 3:54 AM on Tuesday, 09 June 2020.

The attack on Mr Mbowe reminds Tanzanians of the September 2017 incident when former Singida East Member of Parliament Advocate Tundu Lissu, miraculously escaped an assassination attempt when he was shot by unknown gunmen.

He was rushed to a Nairobi hospital before being transferred to Belgium for further treatment.

Reports had it that the gunmen, whose number could not be ascertained, had tailgated Mr Lissu's car as he was being driven home for lunch after parliament's morning session.

The attack occurred after his car had arrived in front of his home when the assailants parked their car alongside his and proceeded to set off a hail of bullets, pumping several slugs into his abdomen, legs and arms.

Previous Story
Tagged:
Copyright © 2020 The Citizen. All rights reserved. Distributed by AllAfrica Global Media (allAfrica.com). To contact the copyright holder directly for corrections — or for permission to republish or make other authorized use of this material, click here.