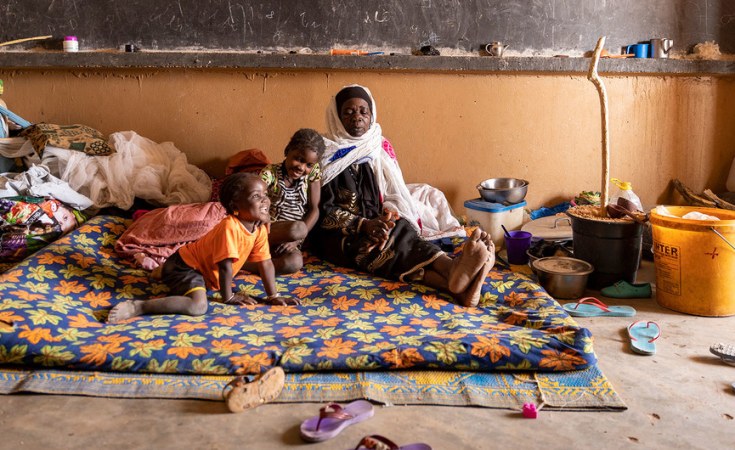 Aurélia Rusek/WFP
A displaced family from a village in Mali was relocated to a former school.
Deutsche Welle (Bonn)

Security forces in Mali, Niger and Burkina Faso have been accused of unlawfully killing or causing the disappearance of around 200 people. Amnesty said this could constitute war crimes.

Forces in Mali, Burkina Faso, and Niger have launched offensives against militants linked to al Qaeda and the Islamic State in the Sahel region, south of the Sahara desert.

Islamist militants first emerged in Mali in 2012, and then spread to Burkina Faso and Niger. Despite thousands of French and United Nations troops being deployed, Sahel states have struggled to quell the jihadist insurgency.

Thousands of soldiers and civilians have died in the conflict, and many have fled their homes.

"The deliberate killings of unarmed civilians by security forces in Mali and Burkina Faso may constitute war crimes under international law and should be thoroughly investigated," said Amnesty.

There have been multiple accusations of human rights abuses against the forces, which they have either denied, or promised to investigate in the future. The issue was also debated by the UN Security Council last Friday.

About 102 people had disappeared in southwestern Niger after being arrested at a village market fair, in March and April. Mass graves were later found in this area.

Niger's Defence Minister Issoufou Katambé said both its military and the national human rights commission were investigating the allegations, but said those making the accusations "could not produce the proof" when interviewed by investigators.

The Sahel - 'In Every Sense of the Word a Crisis'

A Record One Million People Displaced in Burkina Faso - Agency
Tagged:
Copyright © 2020 Deutsche Welle. All rights reserved. Distributed by AllAfrica Global Media (allAfrica.com). To contact the copyright holder directly for corrections — or for permission to republish or make other authorized use of this material, click here.