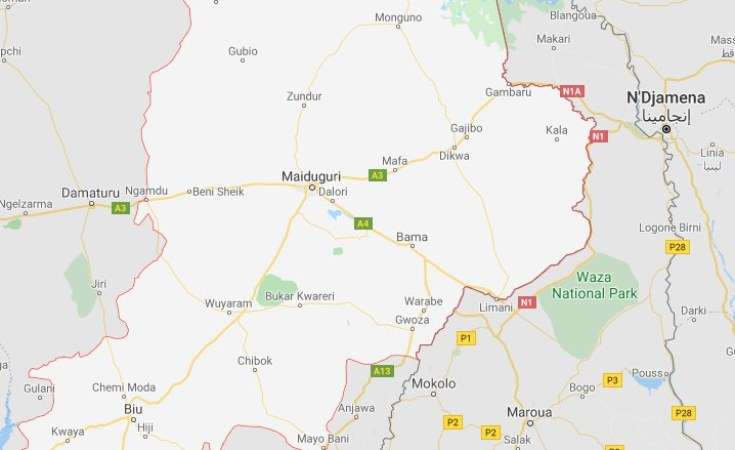 The death toll stands at 81 after suspected members of the extremist group Boko Haram carried out an attack in Borno state. Thousands have been killed in the region by Islamist insurgents over the last decade.

At least 81 people died in an overnight terrorist attack in the northeast of Nigeria, security forces and residents said on Wednesday.

Suspected members of the Islamic extremist group Boko Haram carried out the attack in Foduma Kolomaiya village in the Gubio area of Borno state.

Residents have cited retaliation after resisting an assault a few weeks ago as the most likely motive for the onslaught.

"They came on motorcycles and vehicles and killed people at will in an attack that lasted more than two hours," said Rabiu Isa, a member of a local defense force. "In all we counted 69 corpses but the death toll may be higher because some people are still missing."

Many others were wounded in the attack. The estimated death count was later revised to 81.

The attack took place on Tuesday night but according to a leader of the local defense group, Malam Bunu, the attackers returned Wednesday morning to kill a herdsman who had escaped the initial onslaught.

"They set the entire village ablaze before they left," Bunu told the Associated Press. "As I am talking to you now, the village is still smoking."

Gubio is situated some 100 kilometers (62 miles) northwest of Maiduguri, the Borno state capital. Residents are predominantly herders who have withstood Boko Haram aggression over the years. Roughly 1,200 cattle were seized in Tuesday's raid, Bunu said.

Boko Haram members often force villagers to pay illegal taxes by threatening to steal their livestock, but some resist.

Bunu said the massacre was likely in retaliation for the death of two Boko Haram members "whom the villagers managed to kill when the insurgents attempted to attack them about two months ago."

Boko Haram and a breakaway faction, the Islamic State West Africa Province, are both active in the area. Boko Haram's more than decade-long insurgency has resulted in thousands of people losing their lives, as well as the displacement of tens of thousands.

How Nigerian Communities Are Resisting Boko Haram Militants
Tagged:
Copyright © 2020 Deutsche Welle. All rights reserved. Distributed by AllAfrica Global Media (allAfrica.com). To contact the copyright holder directly for corrections — or for permission to republish or make other authorized use of this material, click here.

Leadership Tussles Still Has Nigeria Athletics in the Doldrums