Kenya: Yatani to Walk a Tightrope As He Balances Competing Needs in 20/21 Budget - Expert

Office of the Deputy President/Daily Nation
Though Deputy President William Ruto is not the only one affected in the Budget cuts, he is among top officials in the Executive with the steepest cuts in the 2020/21 spending plan, which will see the government spend a total of Sh2.7 trillion.
Capital FM (Nairobi)

Nairobi — The Government is set to present the budget statement before the National Assembly on 11 June 2020.

This is happening against a backdrop of a depressed economy owing to the various vagaries that have befallen the economy in the past few months.

The global pandemic, Covid-19, has devastated many economies across the globe and Kenya has not been immune to its effects. Globalization has over the past decade contributed to the growth of the country by enabling easy movement of both labour and capital.

The downside of this phenomenon has now been exemplified by the ease with which Covid-19 has spread to almost all countries in the world.

Inevitably, the pandemic has led to a near complete collapse of certain economic sectors. Some of the hardest hit industries are hospitality and tourism as well as transportation.

The cessation of movement of people in most cities, social distancing and the shutdown of country borders have had devastating effects on these industries.

Raising sufficient economic resources to enable the Government to put in place proper measures that will mitigate the effects of the pandemic on its citizenry, meet the increased demands of the health sector as well as support the recovery of the economy is no doubt on top of the agenda.

Taxation remains the main source of Government revenue and is even more critical as the country's ability to accumulate more debt reduces owing to our current debt level.

Two stimulus packages have been released by the Government since the onset of the pandemic with the primary aim of cushioning the citizenry from the hardships associated with the reduced economic activities and increasing cash circulation in the economy.

During the two packages the Tax Laws (Amendment) Act, 2020 was assented into law and this brought with it a wide array of tax measures.

In a rare but bold move, the most notable tax changes were meant to increase the disposable income and enable people to spend more with the reduced income by reducing the tax rates both from an income and consumption perspective.

The reduction in individual highest tax rate, expansion of the tax bands and the reduction of turnover tax rate were meant to directly increase the income available to the citizenry.

The informal sector which mainly comprises of SME's employs the largest proportion of Kenyans and this segment is now largely covered by the turnover tax regime which only requires them to pay income tax equivalent to 1% of their gross turnover.

On the other hand, the reduction of the VAT rate was geared towards reducing the prices of products and hence indirectly compensating against the reduced income levels due to job losses, salary cuts and lost or reduced business opportunities.

The 2020/21 national budget is expected to be aligned with the current needs of the business community and the citizenry.

The Cabinet Secretary in charge of National Treasury recently reported that the Government is in the process of conducting a survey that will assess the impact of the pandemic on both the household level of the economy and the general economy.

It is our sincere hope that the findings of the survey will form the backbone of the budget allocations and the taxation measures that are required to mitigate the effects of the pandemic.

Over the years, the Government has been overly optimistic in setting its revenue annual targets and although the Kenya Revenue Authority has in the recent past initiated measures that have sealed revenue leakages and expanded the tax base this has not been enough to meet the ambitious targets.

This has not passed unnoticed by international development partners such as the IMF which recently noted in a report that revenue forecasts have been consistently and significantly optimistic, with a striking increase in over-optimism since 2012/13.

They also highlighted the lack of or very minimal discussion of the link between growth and revenue, factors that may affect growth of individual revenue heads, or whether new policies may be required to meet the targets.

The government now faces a twin problem since tax collections will no doubt reduce from all perspectives and on the other hand it will face growing economic demands from various sectors to shield them from total collapse.

Both corporate income tax and individual income tax collections will be hard hit by the reduced income levels.

This is already evident since some of the sectors, for instance, the financial sector, which have been largely resilient have started showing signs of economic hardships by reporting reduction in their profitability.

This is coupled by the many job losses and salary cuts which will greatly impact the individual tax collections.

By and large, the government should ensure that the tax measures protect the most vulnerable in the society, critical sectors of the economy and encourage investment post-pandemic.

This will also require that the available resources are used efficiently by reducing the misuse of public resources.

These measures will need to be augmented with other well targeted fiscal and monetary initiatives to achieve the objectives of the government.

Yatani to Draw Lessons From Kenyatta as He Presents First Budget 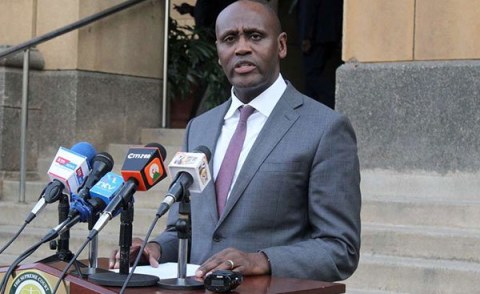 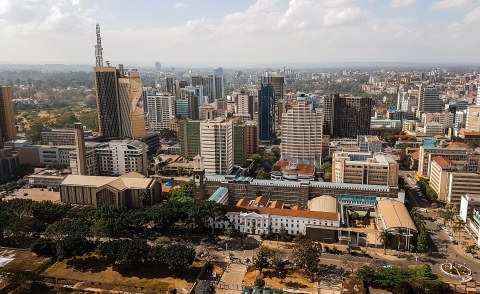 Kenya's Economy Joined at The Hip With China - Report
Tagged:
Copyright © 2020 Capital FM. All rights reserved. Distributed by AllAfrica Global Media (allAfrica.com). To contact the copyright holder directly for corrections — or for permission to republish or make other authorized use of this material, click here.