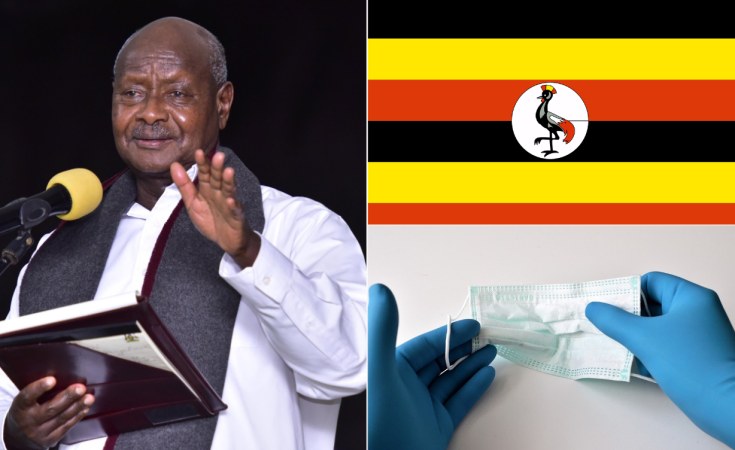 President Museveni has reiterated the need for Ugandans to police themselves in a bid to avoid the spread of coronavirus.

According to him, government will not continue begging Ugandans to live because he and his health experts have done enough to sensitise the public about the preventive measures against the spread of the virus that has so far infected 679 Ugandans.

"We cannot go on begging people to live. That we call police to enforce [COVID-19 preventive measures]! Call police for what! All of us should enforce this on ourselves without having to bother the police," he said.

According to the president, truck drivers are being controlled at the entry border points.

"However, within the population, there are those infected. They are mainly from Elegu, Amuria and Rakai. This means that the locals are not following guidelines and the local leaders are not vigilant. Let us be serious and defeat this small but dangerous enemy. Obulwade tebulina magulu ) the virus does not move on its own) , but is transported (by people)," Mr Museveni added on Thursday while addressing MPs during budget reading.

Mr Museveni further noted that had it not been the emergencies government has faced in the last six months, especially because of Covid-19, the rate of economic growth would have been at least six percent per annum.

The economy is estimated to grow by 3.1 percent this financial year ending June 30, 2020, slower than the average growth rate of 5.4 percent in the previous four years largely because of the impact of Covid-19 pandemic.

"The budget puts emphasis on COVID-19. We have managed to survive from the little we have here. We have moved on without the outside world. We have been on our own. Because of that, we are going to be strict on import substitution," he said.

On security which was allocated about Shs4.4 trillion of the total national Budget of Shs45 trillion for the financial year 2020/2021, Mr Museveni said Uganda is stable.

"And nothing can disturb us here. We have been building a lot of capacity in security. People who thought would destabilize us just woke us up. Nobody can disturb our peace," he said.

About the bourgeoning corruption in the country, Mr Museveni reiterated that he has started cleaning government.

"There has been a lot of corruption in URA. That one I have cleaned. We have cleaned that crowd of the corrupt. Those young people who were given an opportunity to serve their country were instead doing their own things. We begged them to stop but were behaving like they are doing us a favour. We shall come for whoever is corrupt," he added.