Africa's Court of Human Rights On the Brink of Collapse 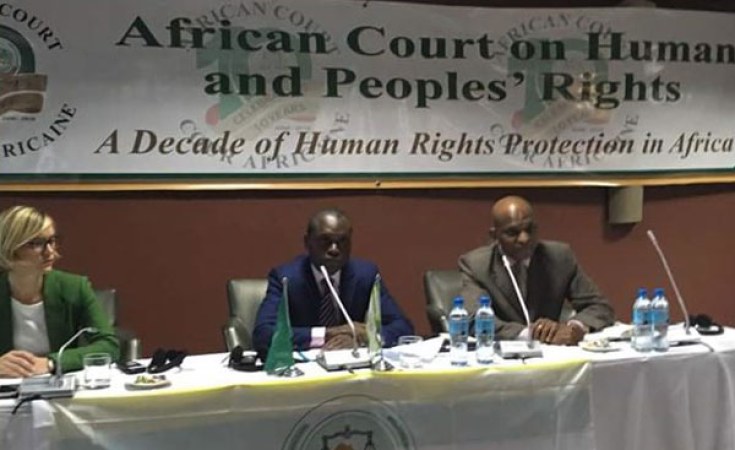 Civil society rejoiced when the Tanzania-based African Court on Human and Peoples' Rights was established in 1998. But the dream for justice within the continent risks falling apart as member states neglect the court.

Tanzania, Benin, Ivory Coast -- within six months, three African nations have revoked the right of individuals and NGOs to sue them before the African Court on Human and Peoples' Rights. This leaves just six member countries where the court has such jurisdiction.

There were high hopes when 30 countries launched the Court back in 1998. Six years later, the court began its work and its judgments are binding on member states. But today, the court is no longer a priority for many African governments, or even the African Union (AU).

"Individuals and NGOs are currently the only ones bringing cases to the African humans rights court," former deputy chairman of the ACHPR, Fatsah Ouguergouz, told DW. "The African Commission on Human and Peoples' Rights probably no longer has the interest in going to court, nor are the individual states prepared to do so," he said. In other words, the court will soon simply run out of cases.

But the Court doesn't just face difficulties before a new trial even begins. Some states block any attempts to enforce court decisions.

Take Benin, for example -- the opposition politician Sebastien Ajavon appealed to the court after being sentenced to 20 years in prison in 2018. Ajavon argued that he had been excluded from taking part in the local elections as a result.

The court ordered that the vote be suspended while the case was being considered. Nevertheless, it took place as planned on May 17. By then Benin had already withdrawn its voluntary commitment to the court.

On April 28, a court in Ivory Coast imposed a 20-year prison sentence on Guillaume Soro for corruption. The ACHPR had ordered the suspension of the arrest warrant against Soro. In both cases, the government complained of gross interference by the court that threatened the "well-being of the nation."

The Court is currently attempting to establish binding standards throughout the AU to oblige states to implement the rulings and sentences handed down. So far, the results have been nothing less than disastrous.

"Many of the states against which the court has issued rulings or orders have not complied with them," Robert Eno, ACHPR's Registrar told DW.

Up against weak justice systems

Human rights organization Amnesty International warns that many governments not only boycott the ACHPR but also weaken their own country's local courts.

"The alternative is to tell people to turn to the African Commission on Human and Peoples' Rights to appeal to the court indirectly," Fidele Kikan, Amnesty International's Country Director in Benin, told DW.

However, Fidele says turning to the court has not worked out well in practice. "We know that of the 300 or so cases that have been dealt with before the court, only three have come through the commission. This has not worked very well", Kikan said. The commission -- one of the institutions of the AU -- could also impose sanctions on states that ignore court decisions. But it has never made use of this privilege before.

Human rights activists like Kikan are also surprised by the fact that the same heads of state and government authorities who are rebelling in Africa against alleged paternalism by international courts aren't cooperating when it comes to African jurisdiction.

"It is quite astonishing that heads of state who portray themselves as more or less as populist pan-Africanists are simultaneously working to weaken regional institutions."

According to Zimbabwean lawyer Sternford Moyo, the problem does not lie with the ACHPR itself.

"The problem is rather the lack of will among African heads of state to enforce prosecution and end impunity," Moyo, who previously chaired two judges' associations in the region -- the Law Society of Zimbabwe and the SADC Law Association -- told DW.

The fact that courts fall out of favor with African governments as soon as they take up cases that the same governments do not like is not an isolated incident. The International Criminal Court (ICC) has had to struggle with this issue time and again.

When the ICC Chamber launched preliminary investigations into Burundi for possible crimes against humanity which started to occur in April 2015, when the late President Pierre Nkurunziza announced his intention to run for a third controversial term, the East African country unceremoniously submitted its resignation from the Court.

Other countries, such as Kenya, have also considered withdrawing their membership. The ICC has 123 member states globally, but for years, most of its cases have been focused on African countries. This has often been criticized within the continent -- but Moyo believes such criticisms are unwarranted: "We should rather celebrate instead of complaining that we get attention from the ICC. It means we are using the court's resources to end impunity in our region."

MDC Drama - Mnangagwa's Govt Shooting Itself in the Foot