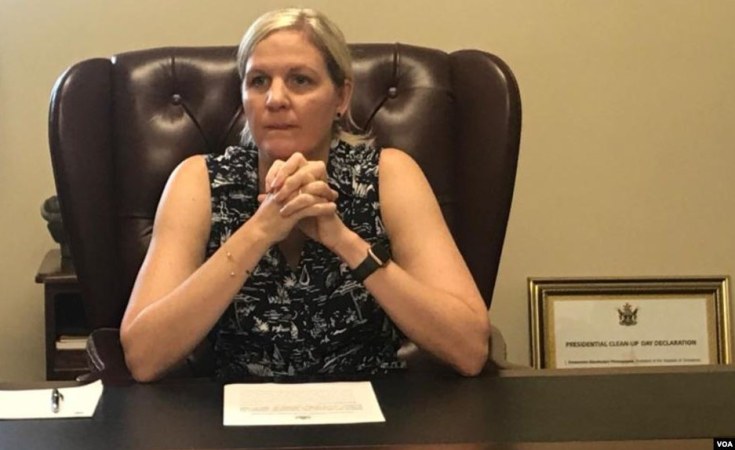 This follows reports the country's swimming legend-turned-top-government official had grabbed a farm from Robert Zhuwao.

Coventry has since been taken to court over the dispute.

MDC youths feel this was an act of rights violation by the once loved Olympic multi-gold medallist.

They also feel Coventry was guilty by her association with the current Zanu PF led government that has come under fire for rampant rights abuses in the country.

"We urge the IOC Advisory Committee on Human Rights and IOC Ethics Committee to revoke the status of Ms. Kirsty Coventry as an International Olympic Committee member due to her participation in the continued brutalisation and abuse of the Zimbabwean and the widespread human rights abuses carried out by the government which Ms Coventry is an essential component.

"Revoke the status of Ms Coventry as an IOC member due to her ongoing enforced eviction and illegal expropriation of land in Zimbabwe which violates basic human and international rights.

"Examine the extent to which IOC member Kirsty Coventry has been complicit in the participation in human rights violations in Zimbabwe," said Sthole.

Coventry has been a member of the IOC since 2013.

Sithole added: "The MDC Youth Assembly wishes to alert the IOC to the existence of serious risks of human rights abuses surrounding IOC member Ms Kirsty Coventry and it is our wish that the relevant authorities take up the issues with seriousness and gravitas human rights violations deserve."

Since coming into power off a military assisted coup November 2017, President Emmerson Mnangagwa has hogged the limelight for all the wrong reasons amid extra-judicial killings, assaults and torture on government critics.

Coventry, better known for her triumphant exploits in the water, was elevated to government minister when Mnangagwa formed his new government 2018.

Apart from issues to do with perceived acts of omission towards improving sports in the country, the country's most decorated athlete has done a lot to stay out of hardcore politics.