On 11 June 2020 the Government of the United States announced new measures against the International Criminal Court (ICC). These measures are unprecedented. They undermine our common endeavor to fight impunity and to ensure accountability for mass atrocities. I deeply regret measures targeting Court officials, staff and their families.

The Court is independent and impartial. The ICC is a court of law. It operates in strict adherence to the provisions of the Rome Statute.

The Rome Statute system recognizes the primary jurisdiction of States to investigate and prosecute atrocity crimes. As a court of last resort, the ICC is complementary to national jurisdictions. This is a cornerstone of the Statute.

To further strengthen the Rome Statute system, the Assembly of States Parties and the Court have embarked on a wide-ranging review process. The aim is to ensure effective and efficient accountability for atrocity crimes.

I will convene an extraordinary meeting of the Bureau of the Assembly next week to consider how to renew our unwavering commitment to the Court.

I call upon the States Parties and all the stakeholders in the Rome Statute system to reiterate once more our relentless commitment to uphold and defend the principles and values enshrined in the Statute and to preserve its integrity undeterred by any measures and threats against the Court and its officials, staff and their families.

The Assembly of States Parties is the management oversight and legislative body of the ICC. It is comprised of representatives of States that have ratified or acceded to the Rome Statute. President Kwon was elected President of the Assembly for a three year mandate in December 2017. 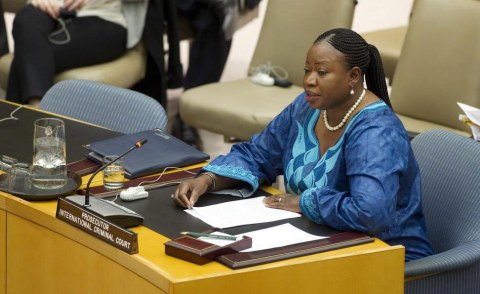 What Report Card for Hague Court Almost Two Decades On?
Tagged:
Copyright © 2020 Coalition for the International Criminal Court. All rights reserved. Distributed by AllAfrica Global Media (allAfrica.com). To contact the copyright holder directly for corrections — or for permission to republish or make other authorized use of this material, click here.