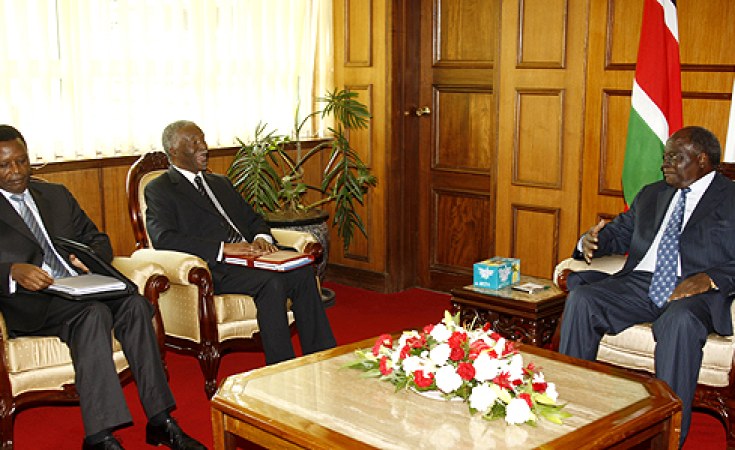 Pierre Nkurunziza, born on December 18, 1965, the ninth president of Burundi since its independence on July 1, 1962 from Belgium, becomes the country's first president to die of natural causes in office.

In contrast, most of his predecessors died violently, in office.

A graduate of Physical Education from the University of Burundi, Nkurunziza was the longest-serving president in the country's history, ruling for 15 years from August 2005, until his death on June 8, 2020.

A former leader of a Hutu rebel group, Nkurunziza was raised in the province of Ngozi in northern Burundi. His father had served as governor of two provinces before being killed in 1972 during a wave of ethnic violence that resulted in the deaths of more than 100,000 civilians, both Hutu and Tutsi.

Burundi's violent modern past started on October 13, 1961, when the newly elected prime minister, Prince Louis Rwagasore, king and head of state of Burundi, was assassinated, just 16 days after he had been sworn in. It is this assassination of Burundi's "hero of Independence," that set the tone for the country's next 50 years.

A scramble for power beginning almost immediately after Independence in July 1962 was followed by waves of cyclic violence and civil war with at least two massacres in 1972 and 1993.

Two other former presidents before Nkurunziza were assassinated while the rest were ousted in coups d'état or change of the constitution. Melchior Ndadaye, the first democratically elected president was assassinated in October 1993 in an attempted coup, after only three months in office.

His party, the Front for Democracy in Burundi (Frodebu) and three other predominately Hutu parties, the Rally for the People of Burundi, People's Party, and the Liberal Party led by Ndadaye, won the 1993 election against the ruling Tutsi-dominated government of Pierre Buyoya.

After the assassination of Ndadaye, civil war erupted between Hutu rebel groups and the Tutsi-dominated army.

The main political parties finally picked Cyprien Ntaryamira, a Hutu, to be president. Ntaryamira took office in February 1994, but two months later he and Rwandan president Juvénal Habyarimana were killed on April 6, 1994 when their plane was shot down.

In 1998 a Burundian court sentenced him to death in absentia for his rebel activities. CNDD-FDD would later split into several factions, with Nkurunziza assuming chairmanship of one faction in 2001.

Regional and international pressure, with efforts of Julius Nyerere and Nelson Mandela eventually brought Burundi's groups to the negotiating table.

But when the Arusha Peace and Reconciliation Agreement was signed in 2000, two of the most significant rebel groups, Nkurunziza's CNDD-FDD and Agathon Rwasa's FNL, did not participate.

After a series of negotiations, CNDD-FDD later signed a ceasefire agreement with Burundi's transitional government under President Domitien Ndayizeye in 2003.

The CNDD-FDD became an official political party in 2005. In an ensuing vote by parliament, Nkurunziza, the only candidate, was elected president on August 19, 2005 after winning 151 of the 162 ballots cast.

Despite the transformation of the rebel movements into political parties, violence and human rights violations continued unabated.

It was Nkurunziza's run for what was basically a third term as president in the 2015 election, seen by many even in his own party as a violation of the country's constitution as well as the 2000 Arusha Agreement, that brought on another cycle of violence.

On May 13, 2015, Nkurunziza joined East African Community leaders in neighbouring Tanzania to discuss the crisis. While he was out of the country, Maj. Gen. Godefroid Niyombare launched a coup.

Within two days, however, he returned to Burundi, the coup attempt had failed.

Both civilians and military who were deemed to be against his presidency were disappeared, arrested, tortured or killed. This was a new era of political militia, the Imbonerakure.

Ex-Leader Gets Life Sentence for Killing Another Former President