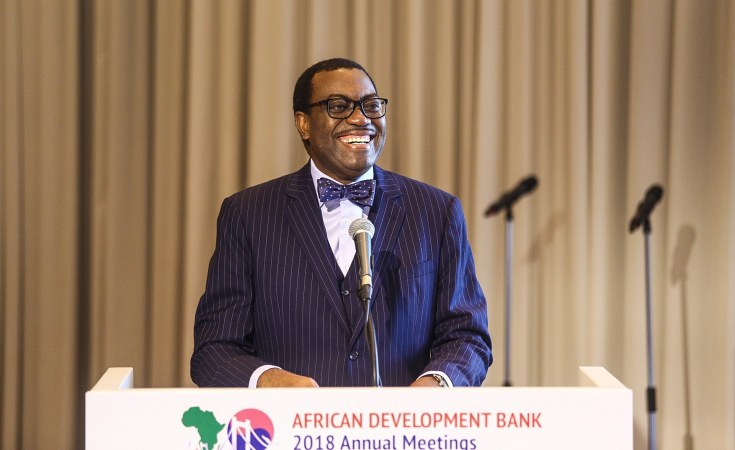 AfDB
African Development Bank (AfDB) president Akinwumi Adesina addressing the 53rd Annual Meetings of the AfDB held in Busan, Korea. "Africa must stop being a museum of poverty. Its people are determined to reverse this trend…the world must also begin to look at Africa through an investment lens rather than as a development case,” Adesina told reporters on the sidelines of the Busan Annual Meetings.
This Day (Lagos)
By Demola Ojo

There has been overwhelming endorsement of African Development Bank President, Dr. Akinwunmi Adesina, as various individuals and organisations commend his stewardship of the bank, and reiterate their support for his re-election, writes Demola Ojo

Considering the recent events at the African Development Bank, the resignation of the bank's vice-president, Jennifer Blanke, was bound to attract attention. The African bank's president, Akinwunmi Adesina, has over the past few months, been subjected to scrutiny by the one of the bank's shareholders, the United States.

The US Treasury Secretary Steven Mnuchin, had on May 22, expressed reservations over the complete exoneration of Adesina over whistle-blower allegations of misconduct by the bank's ethics committee.

However, within Blanke's resignation letter was what turned out to be the latest of many resounding endorsements of Adesina's stewardship at the AfDB.

According to the American-Swiss who was vice president for agriculture, human and social development at the AfDB since 2017, "I thank the president for his strong leadership, guidance and support which have undoubtedly motivated and helped my team and I to play a key role in the transformation of the bank."

A renowned and globally respected development economist, Blanke rose to the position of chief economist of the World Economic Forum, Davos, Switzerland prior to joining to the AfDB in 2017.

"I feel privileged to have been given an opportunity to contribute to the bank's agenda for accelerating Africa's social and economic transformation," continued Blanke, who is leaving the bank for "purely for family reasons" to return to Switzerland.

"I will miss the bank and the excellent team we have built, and I will continue to strongly support the bank from wherever I am," she said.

This is just as Dr. Mima Nedelcovych, who served as the US executive director to the AfDB from 1989 to 1993, said last week that it's in the interest of the US to support Adesina for a second term.

According to Nedelcovych, unless the US government is holding some secret that the American public is not aware of, he sees "absolutely no reason" why the US should not wholeheartedly support the re-election of Adesina.

In an interview with Pan African Visions, Nedelcovych said, "If competing with the Chinese in Africa is primordial to the US, then supporting the position of our African fellow shareholders in the AfDB and supporting President Adesina is in our own interests."

Adesina has established the framework for furthering the critically important role that the AfDB is playing in the development and inclusive growth of the continent, Nedelcovych further said.

In truth, the focus directed at Adesina by Mnuchin has helped in shoring up his reputation, as support comes from varied sources within and outside the bank, and across different geo-political interests.

In a June 5 statement by the heads of state and governments of ECOWAS signed by Niger President Mahamadou Issoufou, the West African economic bloc reaffirmed its support of the AfDB president, by noting that "in the footsteps of his illustrious predecessors, Adesina has further strengthened and accelerated the institutions development."

"More recently, under his leadership, the African Development Bank has launched a $10 billion crisis response mechanism to help Africa fight the COVID-19 pandemic, with the support of all shareholders," the West African body said.

The ECOWAS heads of states and governments reaffirmed their full confidence in the leadership of Adesina and "reiterated their collective support for his re-election... "

Former Kenyan Prime Minister and the African Union's high representative for infrastructural development in Africa, Raila Odinga, also weighed in and stated that Adesina had made "commendable strides" as president of the AfDB.

In his June 5 statement, Odinga revealed that Adesina has "prioritised Africa's Agenda 2063 and the continents quest for transformation particularly through investment in agriculture, infrastructure development, and continental integration, among other areas that are dear to us."

The support of these African countries and institutions extends to their past leaders led by former Nigerian President, Olusegun Obasanjo, who last month, pointed out the need to speak against the introduction of alien practices being recommended by some parties at the bank and further emphasised the need for the AfDB to remain an African-focused development bank rather than one which serves interests outside Africa.

Nigeria's President Muhammadu Buhari, has also thrown his weight behind Adesina, by hosting him at Nigeria's presidential villa in Abuja - a significant event considering the former's reticence especially during the coronavirus pandemic - and restating his support, after initially nominating Adesina for the position in 2015.

The widespread support for Adesina further validates the decision on May 5 of the AfDB's ethics committee led by Japanese executive director, Takuji Yano, which described all allegations against Adesina as spurious and unfounded.

The spotlight beamed on the AfDB has further highlighted its commitment to the growth of continent.

This past week, the bank approved a $288.5 million loan to help Nigeria tackle the COVID-19 pandemic and mitigate its impact on people and businesses.

In the last month, the bank approved a $500,000 emergency assistance grant to Egypt to provide food relief, and to contribute to restoring the livelihoods of vulnerable populations severely affected by the pandemic. It also approved a $210 million loan for Mauritius to finance a national budget support programme in response to COVID-19.

More interventions in May, include a $97 million loan approved as emergency budget support for Senegal, $33m loan approved for Cape Verde (both for COVID_19) and a $13.7m grant approved to improve the health sector in Zimbabwe.

Others in May are $45million allocated for a bridge to link Cameroon and Chad and $1.67m given for study on building dams in Eswatini (Swaziland).

These visible and quantifiable interventions by the AfDB under Adesina's leadership are reasons why he is being vigorously supported from different quarters against allegations that designed to tarnish his and the bank's sterling reputation. 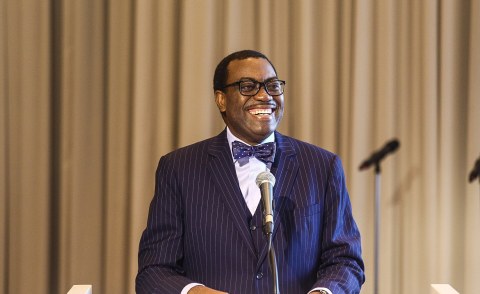 AfDB Chief Adesina Exonerated of All Wrongdoing by Panel Review
Tagged:
Copyright © 2020 This Day. All rights reserved. Distributed by AllAfrica Global Media (allAfrica.com). To contact the copyright holder directly for corrections — or for permission to republish or make other authorized use of this material, click here.