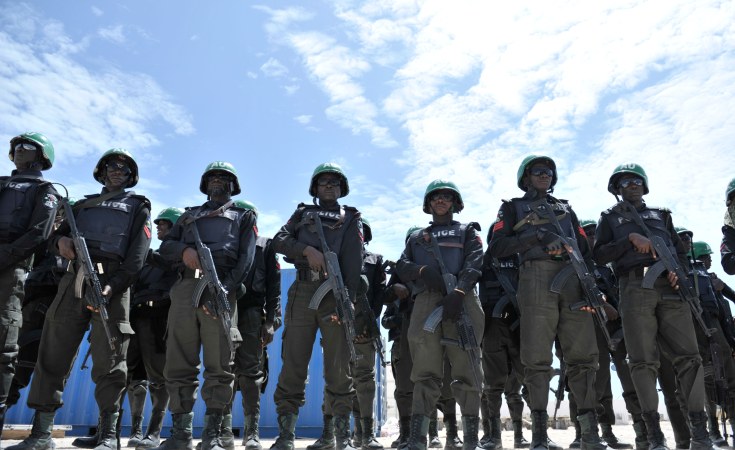 The Nigerian police recorded 717 rape cases between January and May, an official said on Monday.

The Inspector-General of Police, Mohammed Adamu, said this to State House Correspondents after meeting with President Muhammadu Buhari at the State House in Abuja.

Mr Adamu said 799 suspects have so far been arrested while 631 cases have been conclusively investigated and charged to court. He said 52 cases are still being investigated.

The police chief called on Nigerians to join in efforts to tackle rape and other sexual violence by ensuring prompt report of cases and working with the police to apprehend the suspects.

"I will call on every Nigerian that comes across any victim of sexual offences, rape or gender-based violence to quickly report to law enforcement agents because keeping quiet without reporting it will give room for the perpetrators to continue to commit the offences," he said.

"It is a very wicked offence, it is wicked of an individual to engage in rape or defilement and there are a lot of reasons for that, some are doing it for ritual purposes and some are doing it because they sit within the family and they see the victims and have the urge to go into it such people should not be allowed to go scot-free."

He suggested that the movement restrictions put in place because of COVID-19 may have contributed to the increase in reported rape cases across Nigeria.

"The police and other security agencies and other Non-Governmental Organisations (NGOs) have been collaborating, to see to it that these cases of rape and gender-based violence are dealt with.

"The NGOs and Civil Society Organisations that have the capacity to deal with this kind of offenses, have been cooperating with law enforcement agencies in capacity building, management of victims of rape and similar offenses and procedures for collecting evidence, towards successful prosecution. The government has taken the matter to another level now because of the scourge we have noticed." he said.

PREMIUM TIMES reported the increasing rape cases across the country with some of the victims also killed.

The menace was also discussed at last week's Federal Executive Council meeting after which the women affairs minister restated the government's determination to ensure enforcement of adequate laws to tackle the menace.

On Monday, Mr Adamu said the police will partner with stakeholders across West Africa to tackle the menace.

"From now onward, national partnership with every stakeholder is what we are going into now and not only within the country but within the subregion. We have to partner with organizations that are involved in this. We know we have been working seriously with United Nations Office on Drugs and Crime and other civil society organizations," he said.