Africa: Knowing Our Past to Inform a Better Future 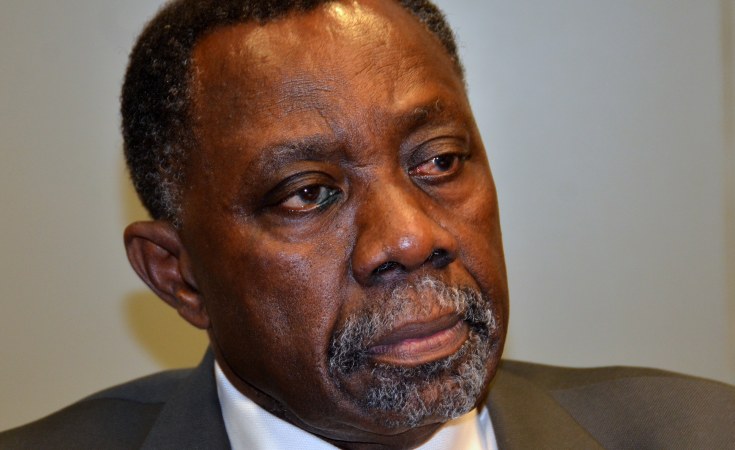 With abundant resources, a burgeoning youth population, and growing attractiveness to industry and investors, Africa is positioned to undergo dynamic change in the decades ahead.

This window of opportunity, if managed the right way, will enable Africa to transform its economies, set itself on a path toward sustainable and inclusive growth, and realize the potential that has eluded it for so long. But what exactly constitutes the right way? And how do we get there—on the other side of that window—from where we are now?

These questions sit at the heart of my new book, Know the Beginning Well: An Inside Journey Through Five Decades of African Development. The title derives from a favorite proverb, one that I quote frequently to emphasize the importance of knowledge: "If you know the beginning well, the end shall not trouble you."

Little did I know, when I first began writing this book years ago, that its eventual publication would coincide with the massive external shock that COVID-19 has brought. As African governments seek to rebound from the devastating effects of the pandemic, it is more important than ever for policymakers and development partners to keep the transformation agenda on track for the long-term, even as emergency measures are implemented in the short-term.

As an economist, I've always relied on numbers and data to guide me, but even their predictive abilities can't guarantee outcomes. I believe the best way to plan for the future is to know as much as possible about the past. That way, we are more likely to avoid previous mistakes, break unproductive patterns, and benefit from lessons learned.

For Africa, a massive region of unrealized economic might, the past is particularly instructive.

Still a young boy in Ghana when my country achieved independence, I grew up on the optimism and certainty that Africans were destined for a good life. Such thinking seemed inevitable at the time. Kwame Nkrumah, Ghana's charismatic and highly influential founding president, inspired Africans across generations. My father was a believer, and so was I.

But in time, poor policy decisions and ineffective institutions doomed Nkrumah's vision. Ghana, which had been at the vanguard of the continent's post-colonial movement, fell into economic and social disarray. It would be decades before the country regained its stability and began to turn the corner. Even now, despite positive economic gains after the turn of the century, Ghana's growth has been erratic and uneven.

Ghana's current leaders have been vocal about the need to transform - not just grow - Ghana's economy. But the fact that the country is still trying to get on the right course more than 60 years after independence underscores both the struggles Africa has faced and the urgency to no longer repeat past mistakes.

By 2050, Africa's population and labor force is expected to exceed that of China or any region in the world. Opportunity has never been more apparent, yet Ghana's story of interrupted development is not unusual. Across the continent, years of encouraging growth have not translated into demonstrable improvements in overall well-being. According to the 2019 Human Development Report, more than half of people in extreme poverty globally live in Sub-Saharan Africa. If current trends hold, that percentage will climb to nearly 90 percent within another decade.

The people, politics and institutions that held Africa back can be changed

What holds Africa back? The answer is not clear-cut, and the underlying issues that have long plagued the continent are complex and multifaceted. But after a life that took me from Ghana to the World Bank to the United Nations and back to Ghana, where I founded the African Center for Economic Transformation, I learned that three fundamental factors – people, policies, and institutions – are as critical as any. And they offer the most immediate potential for lasting improvements.

Africa World Press
KNOW THE BEGINNING WELL: An Inside Journey Through Five Decades of African Development. By K.Y. Amoako

Over my 50 years in African development, I've seen leaders undone by poor policy choices, and I've seen public servants beaten down by bureaucracy. I've seen international financial institutions try to impose their will on needy countries, and I've seen ministries struggle to discharge their basic duties.

But I've also seen visionary leaders like Paul Kagame, Meles Zenawi, and Ellen Johnson Sirleaf work to steer their countries in a better direction through sometimes painful, but productive, reforms. I've seen policymakers and ministers work tirelessly to push failed processes – like the traditional aid dynamic – in new directions. And I've seen bilateral aid agencies and organizations such as the World Bank recognize the importance of African ownership of their development agenda. This has been manifest, in part, in moving away from conditionality of aid in the 1970s and 1980s to improved aid effectiveness and more equitable partnership in the period since.

My point: successful policy reform requires well-considered actions informed by what has and has not worked in the past. The same holds true for leaders who should drive change and institutions to fulfill their mandates. This is not a revolutionary idea, but the process is extremely hard to get right. I wrote Know the Beginning Well because I truly believe Africa is at a critical threshold for getting it right once and for all.

Africa's youth bulge can be a demographic dividend or an albatross

A demographic tidal wave has already begun, as have massive shifts in global financing and digital technologies that will determine whether Africa's soaring population is a comparative economic advantage or an albatross. Inclusive growth strategies are imperative to combat extreme poverty, create better jobs, and ensure as many Africans as possible – especially vulnerable populations like youth and women – are active participants in societies and economies.

These all are key factors in economic transformation, which is now widely accepted as the primary development blueprint for Africa. And the good news is that we know what it takes for countries to commit to – and implement – a successful transformation agenda.

It takes shared vision and collaboration between public and private sectors and civil society. It takes an unwavering commitment and political buy-in to a national development strategy that is adhered to across administrations. It takes coordination within government agencies and among regional economies. It takes domestic resources that must be mobilized and managed fairly, effectively, and transparently. And above all, it takes transformational leadership to drive the process. In other words, it takes people, policies, and institutions.

I explore all of these requirements in much greater detail in Know the Beginning Well, because they are the answers to the questions in the very first paragraph: what is the right way for Africa to embrace its current opportunity, meets its current challenges, and realize its potential at long last?

The road in front of us may be much harder to navigate than it was a few months ago, before the global health emergency, but Africa's journey will not stop.

­K.Y. Amoako is an economist and is president and founder of the African Center for Economic Transformation. He is a former Under-Secretary-General of the United Nations and Executive Secretary of the UN Economic Commission for Africa.

A Conversation with Dr. K.Y. Amoako on the Future of African Development

KNOW THE BEGINNING WELL: An Inside Journey Through Five Decades of African Development. By K.Y. Amoako