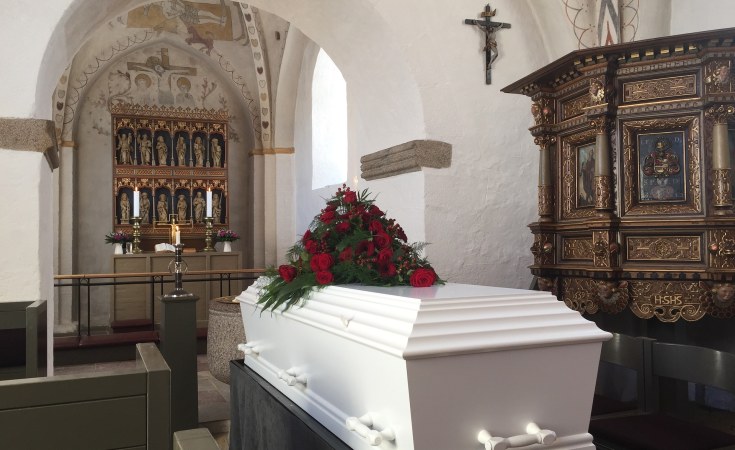 The government has succumbed to public pressure and outlawed night burials of people who die of Covid-19.

There have been several incidents, particularly in Western Kenya, where victims have been buried at night amid protests from family members and locals.

Speaking in Nyeri during the daily briefings on the pandemic on Sunday, Health Director General Patrick Amoth said he would send a circular to counties to remind them of the protocols on burial of Covid-19 victims.

"We are going to send an alert to the counties, to remind them of this protocol so that we have a dignified burial of those who succumb to Covid-19," Dr Amoth said.

He added that as long as the body has been taken care of well by public health officers, the body is safe. He also stressed need to be mindful of cultural practices.

"If a culture dictates that we don't bury at night, please hold on for another 12 hours so that the burial is held the following day," he added.

In April after the first Covid-19 death was reported in Kenya, the Ministry of Health released protocols dictating that a body of a person who succumbs to Covid-19 should be buried within 48 hours.

The government has been condemned by Kenyans for violating the dignity of the dead despite the World Health Organisation (WHO) in its March 24 guidance on burials of Covid-19 victims saying that dead bodies are generally not infectious.

Families of Covid-19 patients who have been buried by health officials donned in personal protective gear have decried the manner in which their kin have been buried, alleging that the government did not let them have a say in the burials.

The latest incident happened at the weekend when the police harried buried Ohangla musician Abenny Jachiga at 2am Saturday, after an earlier burial attempt aborted as villagers engaged the police in running battles.

In April, a spine-chilling viral video of the burial of another Covid-19 victim in Siaya County surfaced showing a victim's body being buried while covered in a white body bag without a coffin.

The body had been transported home in a pick-up truck with two public health officials dressed in white protective clothes who tossed the body into a shallow grave as family members wailed.

Two more victims in Bomet and Trans Nzoia counties have also been buried in what was viewed as an undignified burial.

As the number of Covid-19 deaths continue to rise in the country, with 103 deaths having been recorded in Kenya so far, Kenyans are calling on the government to come up with guidelines that will ensure that the dead are given their last respects.