Africa: On the Black Lives Matter Protests and Other Mass Demonstrations Against Systemic Racism and Police Brutality 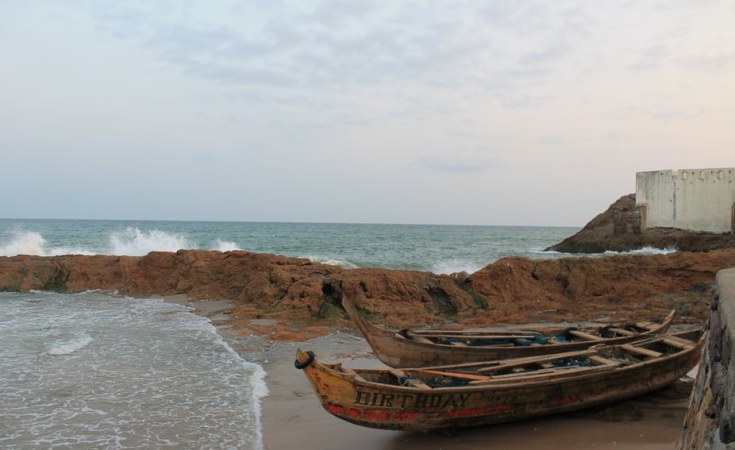 Alana Dillette
The view from the dungeon of the Cape Coast Castle.
UNFPA East and Southern Africa (Johannesburg)
document

A desperate yearning for a long-departed mother. Reaching deep from the bowels of fragile humanity. Grasping for breath. Begging for mercy. The entire world heard the tragic cry. The family of nations saw his face pounded against the harsh tarmac. Unbearable pain in broad daylight. A neck buckling under the knee and weight of history. A gentle giant, desperately clinging to life. Yearning to breathe free. Till his last breath.

As senior African leaders in the United Nations, the last few weeks of protests at the killing of George Floyd in the hands of police, have left us all outraged at the injustice of racism that continues to be pervasive in our host country and across the world.

Not enough can ever be said about the deep trauma and inter-generational suffering that has resulted from the racial injustice perpetrated through centuries, particularly against people of African descent. To merely condemn expressions and acts of racism is not enough. We must go beyond and do more. United Nations Secretary-General António Guterres stated that "we need to raise our voices against all expressions of racism and instances of racist behaviour". Following the killing of Mr. George Floyd, the cry 'Black Lives Matter' resounding across the United States and throughout the world is more than a slogan. In fact, they do not only matter, they are quintessential to the fulfillment of our common human dignity. Now is the time to move from words to deeds. We owe it to George Floyd and to all victims of racial discrimination and police brutality to dismantle racist institutions. As leaders in the multilateral system, we believe it is incumbent upon us to speak for those whose voices have been silenced, and advocate for effective responses that would contribute to fight systemic racism, a global scourge that has been perpetuated over centuries.

The shocking killing of George Floyd is rooted in a wider and intractable set of issues that will not disappear if we ignore them. It is time for the United Nations to step up and act decisively to help end systemic racism against people of African descent and other minority groups "in promoting and encouraging respect for human rights and for fundamental freedoms for all, without distinction as to race, sex, language, or religion" as stipulated in Article 1 of the UN Charter. Indeed, the foundation of the United Nations is the conviction that all human beings are equal and entitled to live without fear of persecution.

It was at the height of the civil rights movement in the United States and during the emergence of post-colonial independent African nations joining the United Nations, that the International Convention on the Elimination of All Forms of Racial Discrimination (ICERD) came into force in 1969.

This was a pivotal time in history. The collapse of apartheid in South Africa, driven in part by the United Nations, was one of the Organization's proudest achievements.

The human rights and dignity of black people in Africa as well as across the African diaspora resonated as a powerful signal to future generations, that the United Nations would neither turn a blind eye on racial discrimination nor tolerate injustice and bigotry under the cover of unjust laws. In this new era, the United Nations must in the same vein use its influence to once again remind us of the unfinished business of eradicating racism and urge the community of nations to remove the stain of racism on humanity.

We welcome the initiatives by the Secretary-General to strengthen the global anti-racism discourse, which would address systemic racism at all levels, as well as its impact wherever it exists, including in the United Nations Organization itself.

If we are to lead, we must do so by example. To initiate and sustain real change, we also must have an honest assessment of how we uphold the UN Charter within our institution.

Our expression of solidarity is well in keeping with our responsibilities and obligations as international civil servants to stand up and speak out against oppression. As leaders we share the core beliefs and the values and principles enshrined in the Charter of the United Nations that do not leave us the option to keep silent.

We commit to harnessing our expertise, leadership and mandates to address the root causes and structural changes that must be implemented if we are to bring an end to racism. Almost 500 years after the revolting Transatlantic trade of Africans began, we have arrived at a critical point in the arc of the moral universe as we approach in 2024 the end of the International Decade for People of African Descent, a mere four years away. Let us use our collective voice to fulfill the aspirations of our communities that the United Nations will wield its moral power as an institution to effect global change. Let us use our voice to contribute towards the realization of Africa's own transformative vision contained in Agenda 2063 which is consistent with the world's Agenda 2030.

Africa is the cradle of humanity and the forerunner of human civilizations. Africa as a continent must play a definitive role if the world is to achieve sustainable development and peace. That was the dream of the founders of the Organization of African Unity, that was also the strong belief of prominent leaders such as Kwame Nkrumah and eminent intellectuals such as Cheikh Anta Diop. Let us never forget the words of President Nelson Mandela: "To deny people their human rights is to challenge their very humanity." Let us ever bear in mind the admonition of civil rights leader Fannie Lou Hamer: "Nobody's free until everybody's free", who was echoed by Dr. Martin Luther King Jr., "Injustice anywhere is a threat to justice everywhere". Their words were later embodied into the rainbow of the diverse nation of South Africa, as spelled by the peacemaker Archbishop Desmond Tutu when he stated that "Black liberation is an absolutely indispensable prerequisite to white liberation - nobody will be free until we all are free."

(*) All signatories listed below are senior UN officials who hold the rank of Under Secretary-General. They signed this Op Ed in their personal capacity:

CCA Statement on Racial Injustice - A Moment of Truth and Opportunity

Senegal Names Former Slave Trade Post After George Floyd
Tagged:
Copyright © 2020 UNFPA East and Southern Africa. All rights reserved. Distributed by AllAfrica Global Media (allAfrica.com). To contact the copyright holder directly for corrections — or for permission to republish or make other authorized use of this material, click here.