Nigeria: Lockdown Violation - We Approved Flight 'But Not for Naira Marley' - Minister 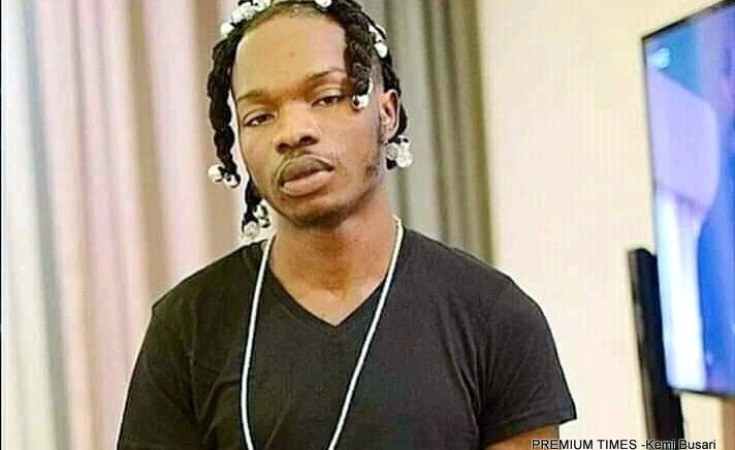 The Federal Government has said it gave approval for the flight that flew in controversial musician, Azeez Fashola, also known as Naira Marley from Lagos to Abuja.

The Minister of Aviation, Hadi Sirika disclosed this at the daily Presidential Task Force (PTF) on COVID-19 briefing on Monday.

He, however, explained that the flight was meant to fly in a justice, Adefope Okojie, from Lagos to Abuja and back to Lagos "for essential purposes and not the musician."

Naira Marley, 26, had on Saturday, performed at a concert in Abuja despite the interstate travel ban and social distancing rules aimed at curbing the spread of Covid-19.

An ex-Big Brother Naija housemate, Kim Oprah, was the anchor of the event which took place Jabi Lake Mall. The mall has since been sealed by the Federal Capital Territory Administration (FCTA).

The concert was put together by Play Network Africa, Traffic Bar, El'Carnival, and was sponsored by Glenfiddich.

This development has sparked outrage on social media with many comparing their actions to that of Nollywood actress, Funke Akindele, who was on April 6, arrested and fined for hosting a party in her Lekki home in violation of the coronavirus lockdown restrictions.

Mr Sirika said the flight was approved "because it considered judiciary as part of essential services".

"The brief today is for the unfortunate flight that was approved by civil aviation to come into Abuja and the passengers or content of that flight conducted a concert.

"Well, we approved a flight but certainly not for any musician. The flight, from the application, was to convey Honourable Justice Adefope Okojie from Lagos to Abuja and back to Lagos for an official assignment.

"In this challenging time, in our wisdom, we considered the judiciary to be part of the essential service to be delivered. Having to move the Hon. Justice from Lagos to Abuja was in order. The approval was given for the 14th of June, 2020. However, we do give them a leeway of 24 hours sometimes due to operational reasons," he said.

He also did not state if the federal government will sanction the musician, who was also mentioned as one of those who attended Mrs Akindele's party then.

Mr Sirika, however, announced the suspension of the operation of Executive Jets Service indefinitely following violation of the approval it was granted.

He said the captain who operated the flight "would be sanctioned for misleading the control tower."

Mr Sirika also said: "The operation is a clear violation of our approval to which we take very seriously and it seems this is becoming a norm. Perhaps, this is the second time. So, Executive Air Services operations are hereby suspended indefinitely. We will also fine them maximally according to the law.

"The captain of the flight will also be sanctioned for giving wrong information to the control tower and also appropriately in accordance with our law," he said.

He noted that the agency will continue to level up to its responsibility for keeping everyone safe.

"It seems also that people are not tired of trying our resolve. Well, we are also not tired of rising up to the challenge and living up to our own responsibility for keeping every one of us safe," he said.