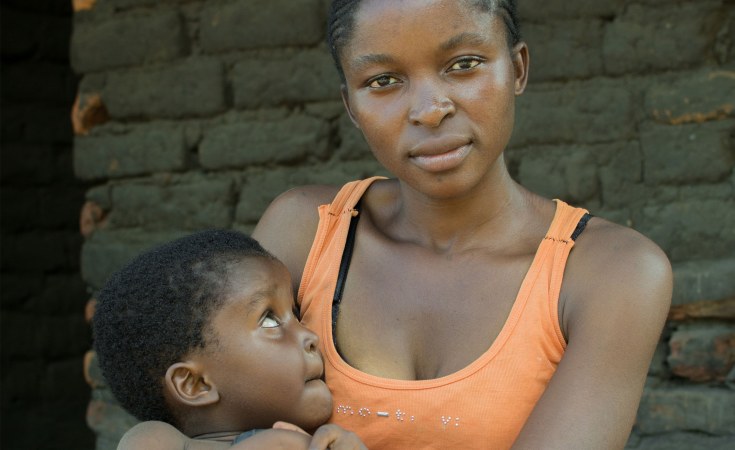 Tavwana Chirwa / Oxfam
Dorothy Masika and her daughter lost their house and all their possessions to flooding.
Oxfam International (Oxford)

Cyclone Idai hit southern Africa on March 15th, and caused widespread and serious flooding and damage in Mozambique, Zimbabwe, and Malawi. Hundreds died, thousands are missing, and millions are without food, shelter, and clean water.

When the cyclone hit Malawi, more than 700,000 people were affected. In addition to destroying bridges and roads, making it difficult to deliver aid to survivors, heavy rains flooded agricultural fields and homes, leaving people without shelter or food.

Oxfam intends to provide assistance to about 25 percent of the affected people in the three countries hit by Cyclone Idai. Staff are now assessing the needs of the people displaced by the storm and anticipate providing emergency latrines and handwashing facilities, mobile water treatment and storage, and other assistance.

Doroth Masika, a 27-year-old single mother of a young daughter, woke in the middle of the night to heavy rain and rising waters outside her home.

"A few minutes later, water started entering the house. I went to get my daughter who was still asleep and took to her to [higher] ground. When I went back to the house to begin rescuing some of my property, the house crumbled and fell. Luckily, I escaped.

"I saw my chickens, clothes, pots and plates floating... I had food in the house that would have lasted me for a couple of months, but it was all washed away. 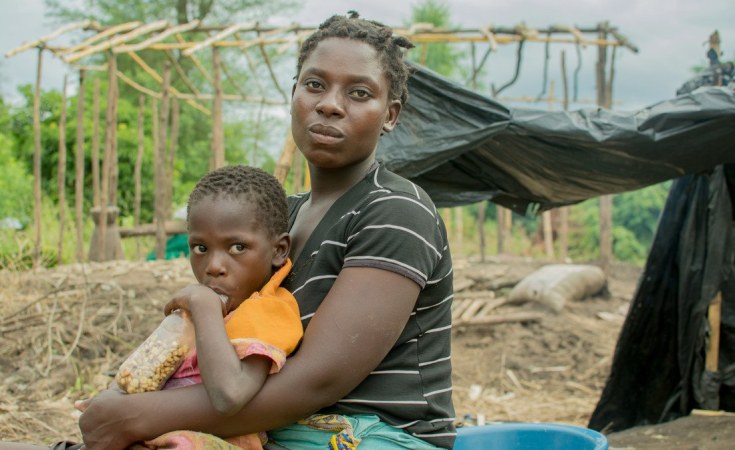 Tavwana Chirwa / Oxfam
Maria Nazombe and one of her six children. Behind them is a house they are attempting to rebuild.

"Water levels which were more than a meter high from the ground lasted for about three days. It was on the fourth day that waters levels began going down. I was scared that we would die.

"I have now started building a temporary shelter with the help of my brother but I do not have money to buy plastic sheets to finish it.

"What I need most right now is food, bedding, and plastic sheets for the shelter. I am also fearing for the life of my daughter. She is young and since the only food we have now is rice from the government, I don't know what she will eat when it runs out. I don't want to lose my daughter. But I don't know what to do…"

"There was no time"

Maria Nazombe was already affected by flooding from heavy rains a week before Cyclone Idai hit. She was most concerned about her five children when the waters started rising suddenly.

"It was on 7th March in the morning when we were told that the river was swelling and water was coming towards us. At around midday a heavy flow of water just came and flooded our house.

"We attempted to rescue some of our household items but there was no time. We focused on ensuring the safety of our kids.

'We had four goats and 22 chickens. All the goats were taken away by the water and only six chickens miraculously survived.

"The floods have reduced me and my family to nothing. All my property is damaged.

"Together with my husband, we have begun building this temporary shelter but we do not have enough resources to finish it. 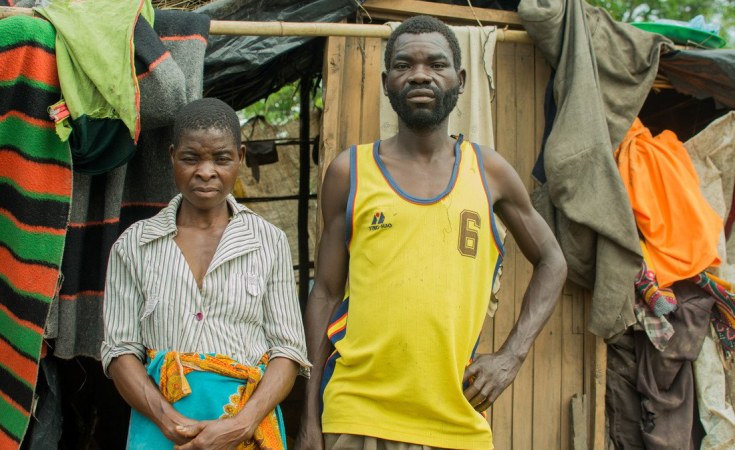 "All the food we had is gone. Our kids can't go back to school now on an empty stomach.

"Chickens and goats were a source of my livelihood. There were times when my children did not have enough learning materials at school and all we could do was sell one or two chickens and solve our problems. This will not be the case now because water robbed us all that."

Alfred John and Agnes Mofolo lost their home and livestock to heavy rains and floods, and are struggling to build a temporary shelter and find food for their children.

"Water destroyed our house," John explains. "This is the temporary shelter we have built. We would have loved to construct something better but we do not have enough plastic sheets.

"We have nothing left because everything was washed away. We couldn't even attempt to rescue anything when the waters came. Our lives were in danger".

"Like my husband has already said, water took away everything," his wife Agnes explains. "We do not have anything now because the first heavy rains also washed away our crops from the field.

"We have four children and one is disabled. We don't know what we are going to feed them because our food is gone. We have nothing.

"What we need now are plastic sheets and food. As you can see with this shelter, it leaks everywhere. When it rains, together with our children, we are forced to sleep while standing. You can't sleep on a muddy floor when it is raining."

You can help flood-affected families in Malawi

Tagged:
Copyright © 2019 Oxfam International. All rights reserved. Distributed by AllAfrica Global Media (allAfrica.com). To contact the copyright holder directly for corrections — or for permission to republish or make other authorized use of this material, click here.