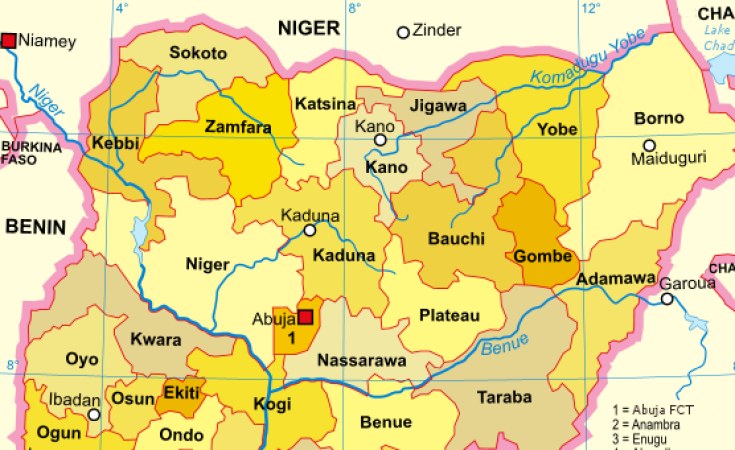 Children risk death to escape Boko Haram. Yet, for many, their trauma is then compounded by Nigerian authorities.

M had just returned from school and was busy cooking the day that four Boko Haram fighters came to her home in a village in Borno State. When her dad heard the sound of bikes, he dashed into the house and hid under the bed. It was an effort in futility. One of the fighters dragged him out and took him to a tree in the compound. As he pleaded for his life, one of the militants cut his throat. He died as his family watched in horror. The fighters abducted M's mother and five siblings, but not M, and drove off.

This was back in 2014. Six years later, M does not know the whereabouts of family. Or if they are still alive. She is one of the thousands of children left traumatised by the decade-long armed conflict in northeast Nigeria. Both sides - Boko Haram and the Nigerian military - continue to commit war crimes, including against children, regularly.

Today, as Africa commemorates the Day of the African Child, Nigerian authorities should acknowledge these crimes and start paving a new path rooted in human rights.

Boko Haram's tactics and ideology have been an assault on childhood in northeast Nigeria. Like M, many have witnessed the group kill their parents or siblings. Others have been abducted and spent years in captivity, often forced to fight or serve as a "wife". These abductions, forced recruitment and forced marriage constitute war crimes and crimes against humanity. Their scale appears to have often been underestimated. Both domestically and internationally, the focus has often been on specific, high-profile incidents, ignoring the persistent and ongoing nature of such atrocities.

Children and adults alike risk death to escape Boko Haram. Yet, for many, their trauma is compounded by the Nigerian authorities. The military, itself responsible for abuses, has unlawfully detained thousands of boys and girls coming out of Boko Haram territory, often with no evidence the child was affiliated with the group, much less that they committed crimes. In most cases, no charges are brought, even as children are held for months or years. Due process is routinely flouted. The full scale of child detention is unknown as the military has repeatedly denied access to detention facilities to the UN and other independent observers.

Conditions in military detention facilities are universally deplorable. There is severe overcrowding, poor sanitation, insufficient food and water, and sexual violence. Many children have been subjected to beatings and other forms of torture to extract "confessions" of involvement with Boko Haram. The inhumane conditions of military detention have often led to serious illness, disease and, in many cases, death.

A safe corridor that isn't safe

In 2016, the Nigerian federal government launched Operation Safe Corridor. This demobilisation, disassociation, reintegration, and reconciliation (DDRR) programme brings men and boys to a detention facility 30km outside Gombe. There, they undergo vocational training, religious instruction, and other activities meant to start the reintegration process. Although told the programme will last six months, most have been held for more than one year.

Operation Safe Corridor has made some achievements, including in psychosocial support. The military is also more transparent about this DDRR programme than other aspects of its operations. But despite this, Safe Corridor remains beset by human rights violations. Above all, it marks a continuation of the widespread unlawful detention of men and boys. Almost everyone held in Safe Corridor is there absent a judicial decision or any other legal basis.

The federal government, including the military, needs to swiftly end its unlawful detention of children. It should recognise that detaining children is appropriate only as a last resort. It should ensure the prosecution of those who have overseen widespread torture and other ill-treatment, often leading to deaths in custody. And it should fulfil its responsibility to "promote physical and psychological recovery and social reintegration" of children who have suffered during the conflict, whether at the hands of Boko Haram, Nigerian military, or both.

That means children coming out of Boko Haram territory must be able to access education and psychosocial support, not be locked away for years in grossly inhumane detention cells. UNICEF has reported that only around 25% of children in Borno State are in school, a devastating failure.

Finally, in its rehabilitation programmes and other support to people affected by the conflict, the Nigerian authorities must ensure gender equity. Though the patterns of violations differ, women and girls have been hit as hard. Yet most programmes, including Safe Corridor, seem targeted at men and boys, while the initiatives that do target women and girls are far narrower - exacerbating existing power structures and inequalities in the northeast.

Absent an approach rooted in human rights, Nigeria risks losing a generation of boys and girls.

Netsanet Belay is the Research and Advocacy Director at Amnesty International.