Uganda: Communities in Northern Uganda Optimistic for a Timely Judgment in Ongwen's Case 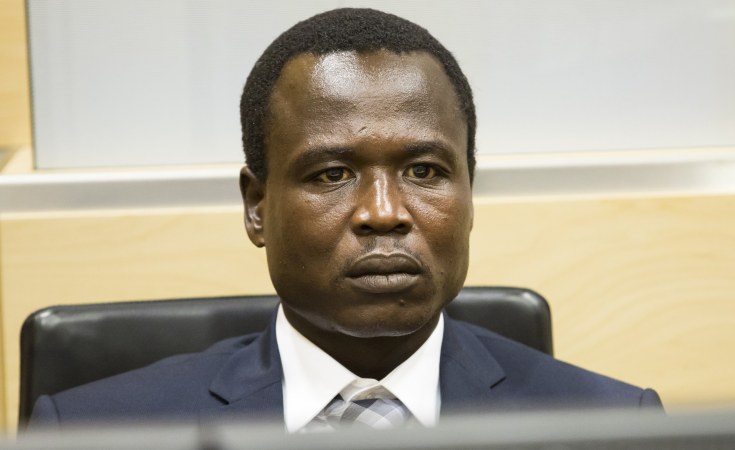 Community members in northern Uganda have remained optimistic that the COVID-19 pandemic will not cause a delay in the delivery of the judgment in Dominic Ongwen's trial at the International Criminal Court (ICC). Uganda, Ongwen's home country, has been under a countrywide lockdown since April 2020, shortly after the COVID-19 pandemic broke out there.

ICC prosecutors have charged Ongwen with crimes he allegedly committed as a commander of the Lord's Resistance Army (LRA) in northern Uganda between July 2002 and December 2005. He has been charged with 70 counts of war crimes and crimes against humanity. He has pleaded not guilty to all counts.

The crimes Ongwen has been charged with fall into three categories: attacks on internally displaced persons (IDP) camps; sexual and gender-based crimes; and conscription of child soldiers. Ongwen is alleged to have had a role in attacks on the Pajule IDP camp (October 10, 2003); the Odek IDP camp (April 29, 2004); Lukodi (May 19, 2004); and Abok (June 8, 2004). The defense, the prosecution, and the victims' legal representatives concluded presentation of evidence in his case in March 2020.

The countrywide lockdown has affected many spheres of life in Uganda, including community outreach critical for keeping local populations informed about the trial. Some community members admitted that their attention and focus had shifted away from the trial as a result.

"Actually, we are thinking little about the trial because we cannot come together, we cannot interact, and we are preoccupied with thinking about how to survive during this lockdown," said Stella, a community member from Barlonyo. "The pandemic has diverted peoples' attention away from the trial. We simply do not know what is going to happen as a result of the pandemic. These days the ICC outreach team is unable to come to the villages. So, we do not know what to expect."

"The discussion about the trial has gone silent due to the pandemic, and people are wondering when it will end, so that they resume work. Whether or not it delays the verdict is difficult to tell," said Oyet from Pajule.

Despite the information gap, many community members said they had not forgotten about the trial. A significant number also expressed optimism that the pandemic would not result in a delay of the final ruling, while some thought it could.

"For me I think people are more focused on survival for now, but of course we cannot forget that the ruling is coming soon," said Pamela from Abok. "I do not expect the court's schedules to be affected since the presentation of evidence was concluded. It is now the judges to review, which I think they can still do from their homes or even the court premises. Since the judges are few, they can meet and maintain social distance.

Beatrice from Abok shared the same opinion as Pamela. "We have not forgotten about the trial, but the only fact is that we are not following what is happening at the court these days because of the pandemic," she said. "In addition, we are preoccupied with garden work and looking after children. We have not forgotten at all, we are still waiting for the trial to conclude. I don't know whether the pandemic will delay the final ruling, but I think the court can keep to the schedule. Why would they postpone or take longer when presentation of evidence has been completed? I don't think there is a big problem."

"Nowadays gatherings and close interactions are not safe and that means outreach to update us about proceedings cannot be held," said Richard from Coorom. "We still know about the trial though. We are aware that the presentation of evidence was concluded, so there should be no problem with delivering the verdict in time. However, due to this pandemic, there could be delays."

"We have not forgotten about the trial, but outreach cannot take place," agreed Denis from Pajule. "As a result, we are experiencing an information shortage because we have been cutoff. The last thing we knew was the conclusion of the presentation of evidence. Otherwise people have not forgotten about the trial. Some people are speculating that although Uganda is relaxing its lockdown, Europe is still experiencing very many deaths, and therefore the verdict may not be delivered as planned. However, other people like me feel there is nothing that can stop the ruling from being delivered in time."

Patrick from Pajule said, "We have not forgotten about the trial, and we [are] in touch with the ICC outreach team. Since it is just the ruling left, people have not forgotten and are waiting. However, this has not stopped people from wondering if COVID-19 may not spoil everything," said. "This COVID-19 is difficult to predict, and it may or may not end soon. It may even take up to two or three years. We have not lost hope in the trial, and we are waiting for the verdict, whether Ongwen is acquitted or not."

"The pandemic has not affected our memory of the trial in any way," observed Jilda from Pajule. "We remain confident because the trial is only left with the final stage, which is the delivery of the ruling. We are waiting to hear how the judges will decide. I do not see a big setback to the court. The next step is now for the judges, and they have all the evidence before them. There should be no delays."

Lino Owor Ogora is a peace-building practitioner who has worked with victims of conflict in northern Uganda and South Sudan since 2006. He is also the Co-Founder of the Foundation for Justice and Development Initiatives (FJDI), a local Non-Government Organization based in Gulu District that works with children, youth, women and communities to promote justice, development and economic recovery in northern Uganda.

Tagged:
Copyright © 2020 International Justice Monitor. All rights reserved. Distributed by AllAfrica Global Media (allAfrica.com). To contact the copyright holder directly for corrections — or for permission to republish or make other authorized use of this material, click here.