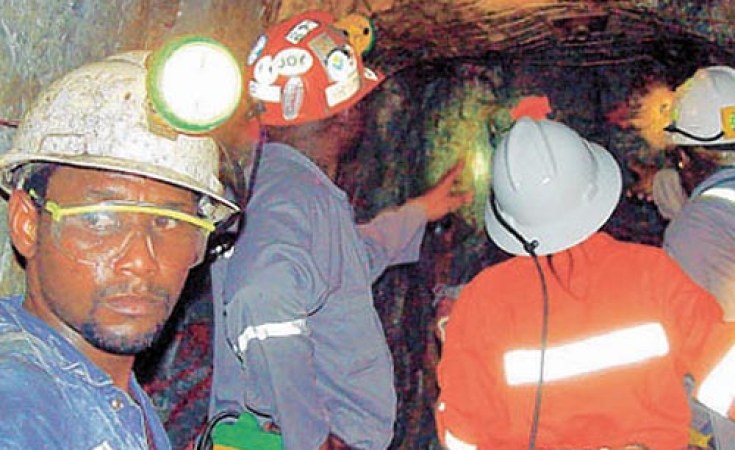 Senior Resident Magistrate in Charge Godfrey Isaya gave such order against Deodatus Mwanyika, Asa Mwaipopo and Alex Lugendo after convicting them of the offence on their own plea of guilty. In addition, the magistrate sentenced the trio to pay a total fine of 4.5m/- following their convictions.

Mwanyika is President of Pangea Minerals, Bulyanhulu Gold Mine and North Mara Gold Mine, as well as Exploration Minieres Du Nord LTEE, Mwaipopo is Managing Director of the three companies, while Lugendo is Bulyanhulu company's Relations Manager.

The three officials of the mining companies paid the money in question and got out of the remand prison. Before their conviction, the accused persons were facing a total of 39 counts in different transactions involving over 10tri/-.

However, the accused persons decided later to write to the Directors of Public Prosecutions (DPP) with a view of entering into a plea bargaining agreement in order to end the criminal trial summarily. The DPP accepted the request and decided to drop the other counts, under which he retained only one count.

Such new charge was subsequently presented in court by the prosecution, led by Principal State Attorneys Paul Kadushi and Shadrack Kimaro, as well as Senior State Attorney Wankyo Simon on behalf of the DPP. After being read over and explained to them, the accused persons entered a "plea of guilty."

The prosecution further went on reading over the memorandum of facts of the offence, under which the accused persons also admitted the same to be true. It was at that point in time when the court convicted them of the offence charged and they were subsequently sentenced accordingly.

When sentencing the accused persons, the magistrate directed them to abide by the terms and conditions of the agreement entered, including paying to the government the 1.5bn/- compensation immediately.

Before being sentenced, Advocates Hudson Ndusyepo, Alex Mgongolwa and Flora Jacob, for the accused persons, requested the court to provide them lenient sentence because their clients have families that depend on them and that they have remained in remand for a long time.

According to the prosecution, the accused persons committed the offence on diverse dates between May 16 and December 31, 2008 at various places in Tanzania, in particular, Dar es Salaam, Kahama District in Shinyanga Region and Biharamulo District in Kagera Region.

The court heard that jointly and together, by their wilful acts, the three officials of the mining companies made false statement to Commissioner General of the Tanzania Revenue Authority (TRA) with intent evade to pay 9,309,600 US dollars, being corporate tax payable to the Authority.