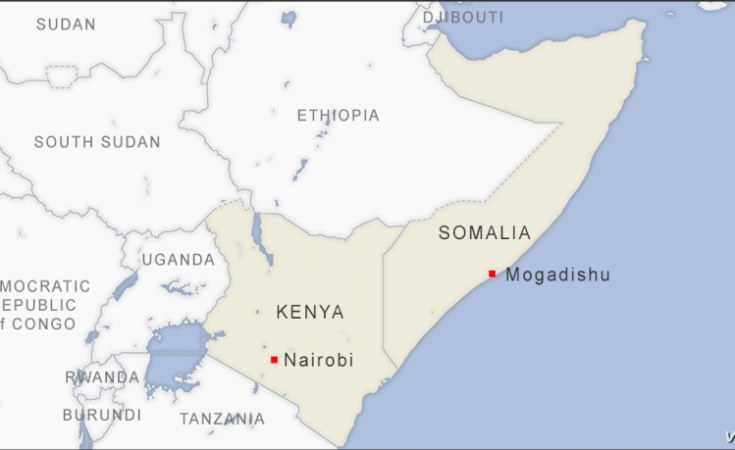 Two United States airstrikes in Somalia in early 2020 killed seven civilians in apparent violation of the laws of war. US forces have not adequately investigated a February 2 strike killing one woman at her home, and a March 10 attack that killed five men and a child in a minibus.

Human Rights Watch found no evidence of a military target involving the Islamist armed group Al-Shabab in either airstrike. Neither the US Africa Command (AFRICOM) nor the Somali government is known to have contacted family members to investigate the attacks or assess their claims for redress. The US military should ensure that its investigations into civilians killed and injured during US military operations in Somalia are thorough, impartial, and transparent.

"The US military has not seriously investigated two recent airstrikes in Somalia in which civilians were killed and wounded in apparent violation of the laws of war," said Laetitia Bader, Horn of Africa director at Human Rights Watch. "Reaching out to civilians seeking redress is not only the right thing to do, but it will also help make its civilian casualty assessments more accurate."

Between February and May, Human Rights Watch interviewed 14 people by phone, including relatives of those killed in the February and March strikes - four of whom visited the scene in its immediate aftermath - and assessed publicly available information about the airstrikes.

In its initial quarterly report on civilian casualty assessments published on April 27, 2020, AFRICOM said it examined 20 alleged airstrikes that caused civilian casualties between February 2019 and March 2020 and was still investigating 7 additional incidents, 2 of which Human Rights Watch investigated. The Human Rights Watch investigations found that 7 civilians were killed and 3 injured and found no evidence that they had links to Al-Shabab. Human Rights Watch was not able to identify the intended targets of the strikes, which occurred in Al-Shabab-controlled territory.

On the evening of February 2, at least one airstrike hit a home in Jilib, a town in the Middle Juba region, instantly killing a woman possibly between age 18 and 20 and injuring her two sisters, both children, and her grandmother. One of the girls, about 14, and the grandmother, about 70, sustained serious injuries. AFRICOM released a statement acknowledging that US forces carried out a strike that day in the "vicinity of Jilib" and reported that one "terrorist" was killed. AFRICOM's initial assessment concluded that there were no civilian casualties. It has since said that it is still investigating.

On March 10, near the town of Janaale in Lower Shabelle, at least one airstrike hit a private minibus killing at least six passengers, including a child. Four of the passengers had attended a land dispute hearing in the town that morning and were heading home toward Mogadishu when the attack occurred.

A relative of one victim who visited the site that evening said he saw only two bodies and charred flesh. The brother of another victim who visited the scene the following morning said: "I only recognized the shoes of my brother and his belt. The license plate [of the minibus] was cut off and was in the ground, and the only thing left of the vehicle was the tail end and tires. Otherwise, the vehicle was totally destroyed."

AFRICOM reported on the same day that it had conducted a strike in the vicinity of Janaale, killing five "terrorists." It said that it was aware of social media reports of civilian casualties and that it would review any information provided, including by third parties.