Namibia: Bester Speaks On Pirates, Hotto and Shalulile... As Veteran Striker Opens Up 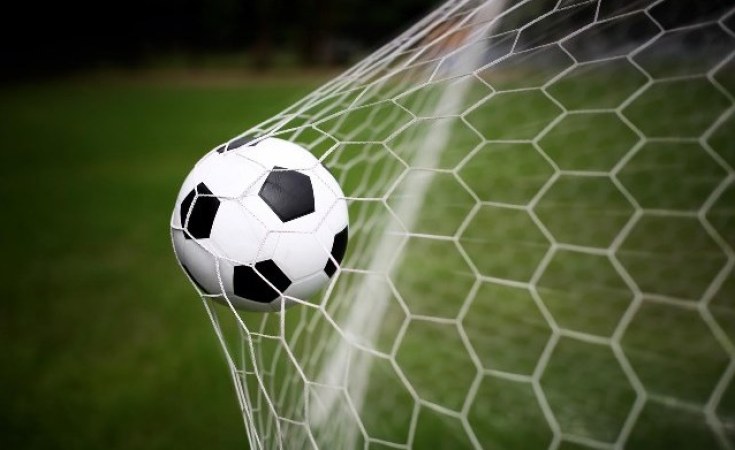 Brave Warriors great Rudolf Bester, who is widely regarded as one of Namibia's most decorated strikers of all time, yesterday spoke candidly to New Era Sport, opening up about his experience with South African football giants Orlando Pirates and also shared his views on the much-hyped transfer moves of compatriots Deon Hotto and Peter Shalulile.

In a wide-ranging conversation with this publication, the now-retired 36-year-old former Maritzburg United and Pirates striker zoned in on the transfer talks linking Hotto with a move to either Pirates or Mamelodi Sundowns and also touched on the gigantic N$30 million price tag placed on Shaulile's head by his club Highlands Park.

Bester, who played for Pirates between 2011 and 2014 making more than 20 appearances during an injury-hit stint with the Soweto giants, welcomed news that his former club and Sundowns are both interested in the services of Hotto, but warned it is not always palsy-walsy in the locker-rooms of those big clubs.

Drawing from his own experience, Bester said the pressure and amount of expectation that come with joining one of South Africa's top three football powerhouses Kaizer Chiefs, Pirates and Sundowns, can sometimes be overwhelming and turn out to be a totally staggering existence.

"I have been following the news and I'm really happy to see those boys growing and making big moves that side. It is a huge opportunity for Hotto and I so wish he could join Sundowns - I just feel he will do great at Sundowns. I mean he is 28 years of age and with that age he is now at his peak and this move will determine the outcome of his career as a player," said Bester.

"With those big clubs, the money and exposure can be good but it can also become a very overwhelming experience, especially for a foreign player coming from a mid-table team in the Premier Soccer League (PSL). The expectations and amount of pressure at those clubs are no joke, I tell you. At a big club like Pirates, it is entirely up to you to earn a place in the starting line-up as coaches don't have the time to babysit you," added Bester, who also had stints with PSL outfit Golden Arrows, Free State Stars and Moroka Swallows.

Bester was however confident Hotto will deal with the pressure and amount of expectation should he choose to join either Pirates or Sundowns, adding that Hotto continues to prove his hunger and drive to succeed as a professional.

"If you look at my situation with Pirates, it was all great when I joined from Maritzburg United and I was really in top shape but the injuries and constant changing of coaches affected how long I stayed at the club because every new coach comes in with his preferred style of play and his preferred type of players. Plus, the pressure from fans to win matches at Pirates is something else because the coaches and players feel it. If the fans don't like you, they will boo you and emotionally harass you until your confidence and morale is totally down. It's a very tough environment. But I remain confident that Hotto will deal with it if he decides to join Pirates, although I want him to join Sundowns."

On Shalulile's N$30 million price tag, Bester said it was unfortunate that Highlands Park chose to go with such a high price because no club will be ready to part ways with so much money for the 27-year old Namibian striker.

Shalulile, who arrived at Highlands Park during the 2015/16 season, has been a standout performer for the club this season after netting 12 goals in the Absa Premiership before the season was suspended due to Covid-19.

He has also attracted interest from Chiefs, Pirates and Sundowns but the N$30 million price tag continues to scare the clubs away and deny the striker huge opportunities elsewhere.

"If you look at their asking price, no club will currently afford that money and I don't know why the club is asking such a huge amount for the player. Maybe it's good, maybe it's bad, I don't know at this point. At 27, Peter is not getting any younger and a big money move will be great for his career but with that N$30 million price tag, I doubt if he will go anywhere very soon."