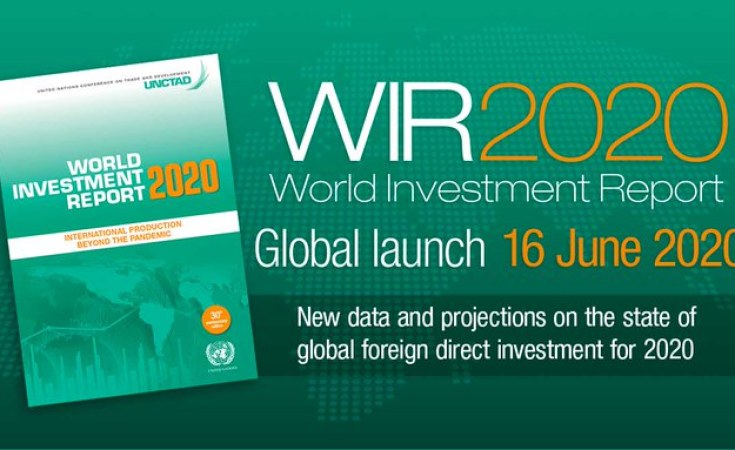 A new report by the United Nations Conference on Trade and Development, (UNCTAD) forecasts a steep drop by up to 40 per cent in global trade, due to the Covid-19 pandemic that has affected the global economy.

This would bring foreign investment in Africa below $35 billion.

Released on June 16, the annual World Investment Report (WIR 2020) showed global investment continuing to nosedive below $1 trillion for the first time since 2005, a recession much worse than the 2008 financial crisis.

The report projects a less severe decrease in 2021 before initiating a moderate bounce back in 2022, but notes the outlook is "highly uncertain."

Africa, which accounts for less than 3 percent of the world's trade inflow in 2019, will see the second-largest decrease in foreign investment.

The negative trend will be worsened by low commodity prices, oil specifically, according to the report.

The report finds regional cooperation in Africa promising to amplify recovery from the crisis. For instance, the African Continental Free Trade Area (AfCFTA) is expected to provide coordinated response to regional trade.

Set to go operational in July 2020, the AfCFTA could offer some cushion to the low oil prices in the medium or long run, says the report. Particularly, intracontinental investment could receive a positive stimulus by 2021 after the second phase of implementation.

However, UNCTAD suggests that the trade agreement, as well as state-backed investments, could be delayed by the current disruptions resulting from efforts to curb the spread of COVID-19 disease.

Additionally, foreign investment from developed economies could help the continent recover. Recently, Africa has been strengthening ties with its major investors including the US, the UK, China and France, as well as building new ones with countries such as Russia.

Investment flows expected from the five economies amount nearly to $40 billion in the next two years.

While the majority of their investments focus on infrastructure, some others target natural resources and manufacturing businesses. One of them is a new French initiative, Choose Africa worth $3 billion, looking to support startups and SMEs in order to boost local manufacturing capacity and drive employment.

WIR 2020 also showed that incentive schemes, if implemented, could attract investment to the continent. In this regard, Rwanda has accorded preferential tax rates to initiatives undertaking energy generation, transmission and distribution.

A total of $420 billion were invested in the country in the last financial year, stressing a steady rebound since the $459 billion peak in 2014.

Also, Pink Mango C&D, a Chinese-owned textile firm was among the nine largest greenfield projects in landlocked developing countries in 2019, valued at $374 million and providing 7500 jobs.

In terms of investment ties, the country posed an attractive posture by reaching a deal with Rosatom, a Russian company to set up a centre for nuclear science and technology.

Following the first Russia-Africa summit in 2019, the Eurasian superpower is eyeing boosted investments to the continent.