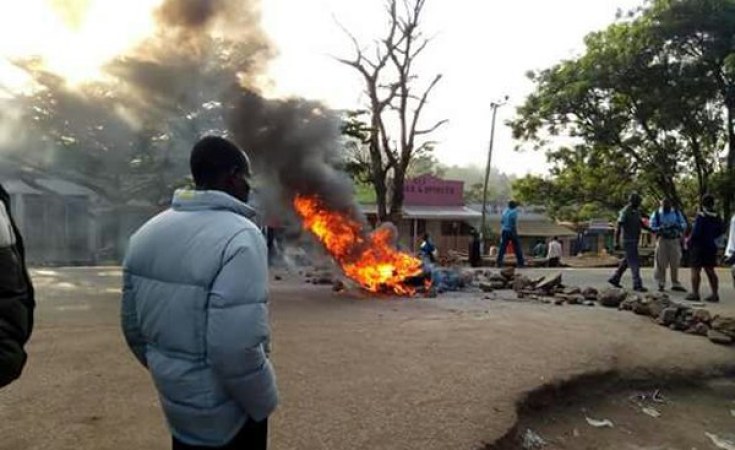 Mombasa — Hundreds of residents in Kibarani, Bahati and Kwa Punda informal settlements in Mombasa on Friday protested over what they termed as biased relief food distribution in Mombasa County amid crippling restrictions, including cessation of movement, which had impacted livelihoods in the coastal city .

The protesters blocked a section of the road at Kibarani leading to Changamwe roundabout demanding food distribution by the county government of Mombasa. They lit bonfires on part of the road.

The demonstrations came ahead of the roll out of the second phase on a county-wide food distribution program.

In phase one of the programme, over 50,000 households benefitted.

The residents of Kibarani, Bahati and Kwa Punda informal settlements protested the failure by the county government to include them in the first phase despite having been registered for the program.

"For the last three months, we have not been given any food. Other informal areas of Bangladesh in Jomvu were given food, but we were left out," a protester said.

Another protestor alleged two people had died of hunger in Kibarani, claims the county government is yet to respond to.

"We have buried two people, they did not have anything to eat, they died about a week ago," he said.

The residents also complained that they have been left out of the Kazi Mtaani Program, a national government initiative targeting unemployed youths.