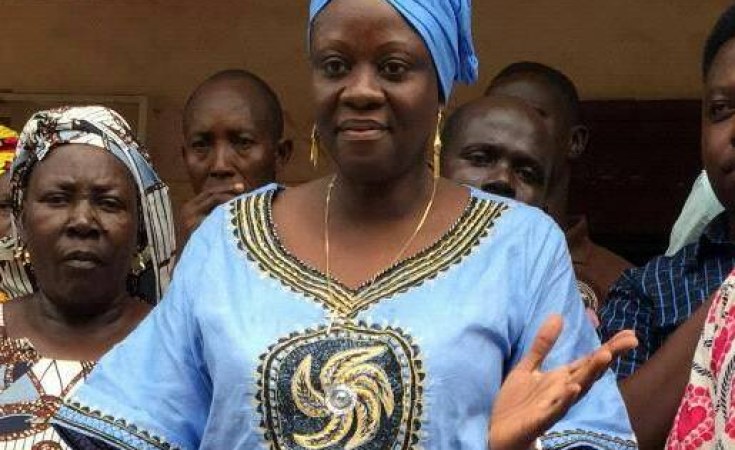 Sylvia Olayinka Blyden / Facebook
Sylvia Blyden, a former minister and to ex-President Ernest Bai Koroma, who was detained by police on May 1, 2020.
Committee to Protect Journalists (New York)

Authorities in Sierra Leone should release journalist Sylvia Olayinka Blyden immediately and drop the charges against her, the Committee to Protect Journalists said today.

On May 1, police arrested Blyden, publisher of the Awareness Times newspaper, at her home in Freetown for alleged "cyber-related" offenses, according to Messeh Leone, a legal activist familiar with the case, who spoke to CPJ via messaging app and phone, and a June 4 police statement, which CPJ reviewed.

On May 22, authorities charged Blyden with sedition, defamation, and "perversion of justice" over her social media posts, according to Leone and a copy of the charge sheet, reviewed by CPJ.

Authorities granted Blyden bail on May 28 and released her on May 29, but then arrested her again on June 3, when she appeared for a hearing at a Freetown magistrate court, allegedly for violating bail conditions that prohibited her from speaking publicly about her case, according to Leone and a report by The Sierra Leone Telegraph, a local news website.

Blyden is charged with violating sections 27, 32, and 33 of Sierra Leone's Public Order Act; if convicted, she faces up to seven years in prison and a fine of 1,000 Leones ($0.10), according to a copy of the law reviewed by CPJ.

She is being held at the Freetown female correctional center, Leone said.

"Authorities in Sierra Leone have once against shown their disregard for the free press by repeatedly arresting newspaper publisher Sylvia Olayinka," said Angela Quintal, CPJ's Africa program coordinator, in New York. "Blyden should never have been arrested in the first place, let alone re-arrested for allegedly speaking about her case. She must be released immediately and see all the charges against her dropped."

The charges against Blyden stemmed from posts on her Facebook and Twitter accounts, where she criticized President Julious Maada Bio's leadership, alleged that former defense minister Alfred Palo Conteh had been mistreated in detention, and shared Awareness Times's reporting on Conteh's case.

READ: Statement from Dr. Blyden on Peace, Unity, National Security and Respect for the Judiciary in Sierra Leone

Awareness Times has covered the Conteh allegations, the government's handling of the COVID-19 pandemic, Blyden's arrest and trial, and other local news topics on its Facebook account and printed paper.

Police officers seized three phones and three computers from Blyden's home during her arrest, according to Leone and the June 4 statement by police.

A spokesperson for the Sierra Leone police, Brimma Kamara, told CPJ via messaging app that the police had not initiated Blyden's arrest on June 3, and said it was "probably" because Blyden breached her bail conditions. Kamara also confirmed that her phones and computers were still with police and would be used as exhibits in the trial against her.

Blyden was granted bail on May 28 with a bond of 500 million Leones ($51,340) and two land owning sureties worth one billion Leones ($102,680) each, according to Leone and an individual familiar with the case, who spoke to CPJ on the condition of anonymity for fear of reprisal.

On May 3, police also arrested Hussain Muckson Sesay, a local activist, after he allegedly photographed the police facility where Blyden was being held, and shared those images on social media; authorities charged him with perversion of justice on May 22, at the same hearing as Blyden, according to Leone and Blyden's charge sheet.

Sesay separately met the same bail conditions as Blyden and was released on June 2, Leone said. 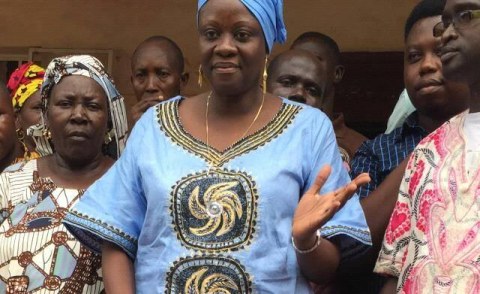 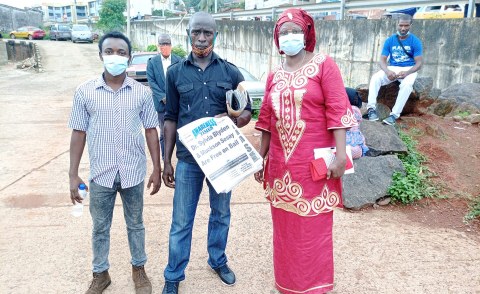 Leading Sierra Leone Opposition Member Detained Again
Tagged:
Copyright © 2020 Committee to Protect Journalists. All rights reserved. Distributed by AllAfrica Global Media (allAfrica.com). To contact the copyright holder directly for corrections — or for permission to republish or make other authorized use of this material, click here.