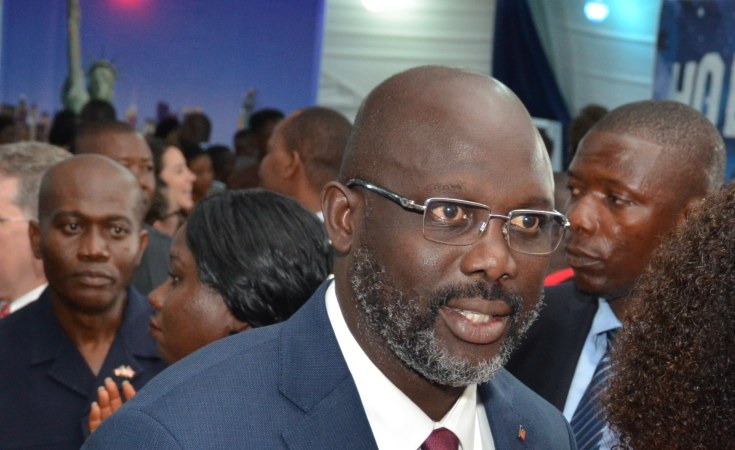 The Liberian National Bar Association has expelled Anti-Corruption Commission Chairperson Nbudusi Nwabudike due to his alleged failure to justify how he obtained Liberian citizenship, piling pressure on President George Weah to dismiss him from several other top posts.

The President of the Bar Association, Tiawon Gongloe, says the Nigerian-born lawyer refused to comply with the committee probing his nationality status.

President George Weah appointed Nwabudike to chair three key government portfolios - the Governance Commission, the Anti-Corruption Commission, and the Elections Commission, as well as the Special Presidential Review Committee that was established to probe the Global Witness Report on the National Oil Company of Liberia.

But Weah withdrew his appointment as electoral commission chief immediately after the Liberian senate discovered the lawyer had questionable naturalisation papers.

Nwabudike told senators that he had been naturalised in 1982 - at age 17, which is in violation of Section 21.3 of the country's Aliens and Nationality Law.

Section 21.3 of the law says no person can file a petition for naturalisation before the age of 21.

"When I had my declaration of intents, I was a minor and because of that, I was required to bring a parental consent and an adult to stand to take the oath behind me," said Nwabudike.

But popular Liberian lawyer Varney Sherman, who doubles as Senator of Grand Cape Mount County, says there is nothing in the law that stipulates parents standing in for minors.

"The doubt raised by the Senate over his citizenship cast a very dark cloud over the integrity and credibility of the Liberia Bar Association and the judiciary in evaluating applicants for admission into the legal profession," says Gongloe.

According to the Bar, Nwabudike allegedly failed to honour citations sent to him by the Ethics Committee probing the validity of his citizenship.

The Bar wrote the Liberia Immigration Service (LIS) on 3 April, which replied that it had no record on the lawyer's residency or naturalisation status.

Additionally the Bar pointed that the First Judicial Circuit, Criminal Assizes "B" Temple of Justice also wrote the Committee informing it that it had no record of his status.

He also said the issue of his citizenship was now moot, since the issue was not raised when he was admitted as attorney-at-law and subsequently as counsellor-at-law.

Scrutiny of his passports and national documents reflects four different dates of birth.

"His 2004 Liberian Passport carries his date of birth as 2 October 1963 and his name as A. Nkwuka Ndubuisi Nwabudike, instead of the name that appears on the roster of the Liberian National Bar Association and Supreme Court Bar which is A. Ndubuisi Nwabudike," the Bar stressed.

Liberian legal practitioner Arthur Johnson disagrees with the procedures that lead to Nwabudike's expulsion from the Bar Association.

"The Bar has the authority to regulate the conduct of lawyers. The Bar should have forwarded the recommendation of expulsion to the Supreme Court," he tells RFI, saying that institution is the only one with the authority to suspend and expel a lawyer.

He believes the court could reverse the Bar's decision if Nwabudike sought redress.

Other positions in doubt

Senator Abraham Darius Dillon of Montserrado County is one of several lawmakers calling for Nwabudike to also be dismissed as anti-corruption boss.

He argues Part IV Section 6.3 of the act creating the Liberia Anti-Corruption Commission (LACC) requires that only citizens of Liberia are eligible to serve as chair.

Dillon has urged the senate to uphold the integrity and credibility of LACC by calling on Weah to remove Nwabudike.

The Center for Transparency and Accountability in Liberia, an anti-corruption NGO, has backed Dillon's calls. Executive Director Anderson D. Miamen told RFI that people serving public positions must not have integrity issues.

"You cannot be going after people for doing the wrong thing, and you have the LACC boss doing the very thing," says Miamen. "It's a contradiction, so we think the best is for him to resign, or the president to dismiss him," he adds. 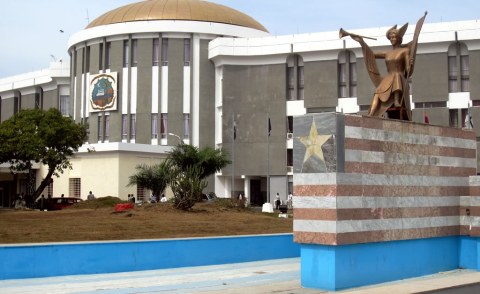 Djibouti Looks to Ethiopia to Gauge Its Economic Future
Women