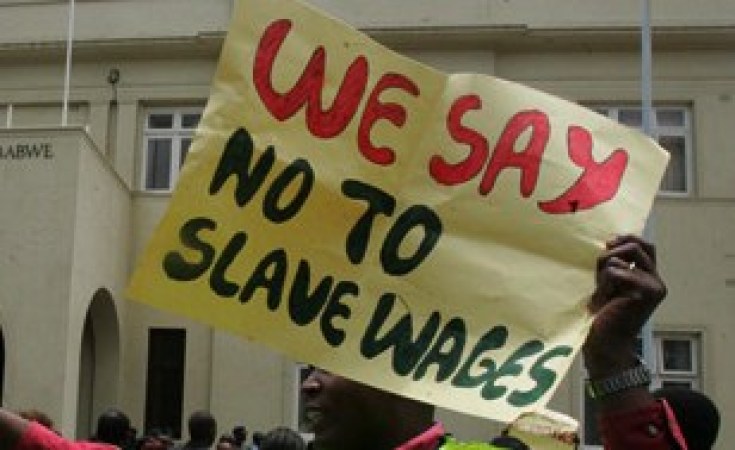 A temporary allowance of $75 was also awarded to all government workers, but unions representing health workers said the offer fell below their expectations.

The 14 unions declared that their members were "economically incapacitated to continue reporting for duty until the remuneration package is reviewed to our satisfaction."

After a decade of dollarisation, Zimbabwe last year reintroduced its currency but it has been losing value rapidly against major currencies.

While the official exchange rate is fixed at $1.25, on Friday the local currency was trading at 80 to the US dollar.

The collapsing currency has pushed prices of basics beyond the reach of many, with inflation topping 785 percent in May.

"The health workers demand that salaries revert back to the October 1, 2018 levels that were quoted in United States dollars, which is a stable currency that can store value," the unions said in their letter to the government.

The strike came as Zimbabwe recorded 62 new coronavirus cases, one of the highest since the country recorded its first case in March.

This pushed the country's case load to 463.

Strikes by doctors and nurses have become frequent in Zimbabwe due to the deteriorating economic situation.