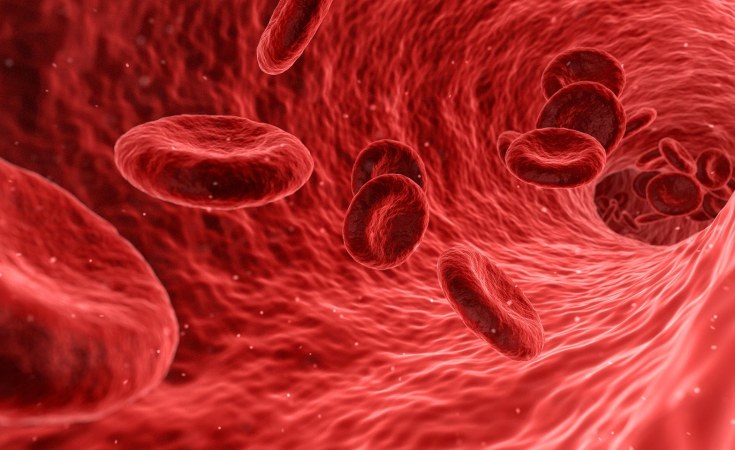 Sefiat (not real name), became rebellious to her parents because she could no longer bear the pain she was suffering. She began to question why she was treated differently from her other siblings; she asked why she was not allowed to run around and play most times like other children, why she was the only one taking medications, and many other questions.

When she attained the age of 15, she told her parents that she was tired of life because she was always in and out of the hospital. Sefiat, is living with a genetic condition that makes her fall ill often; the Sickle Cell Disease (SCD).

Sickle Cell Diseases is a group of blood disorders that affect a person's red blood cells and a genetic condition that is passed on from parents. The disorder causes normal round and flexible blood cells to become stiff and sickle shaped, which in turn stops the blood cells and the oxygen they carry from moving freely around the body.

The prevalence of sickle cell trait ranges between 10 and 45% in various parts of sub-Saharan Africa. In Nigeria, carrier prevalence is about 20 to 30%. SCD affects about 2 to 3% of the Nigerian population.

The Chief Pediatrician at Wuse District Hospital, Dr Rita Idemudia, said SCD patients and their families need a lot of support, adding that the communities must empathise with the sufferers instead of being callous with their utterances towards them.

"If you have a neighbour or family member that is living with SCD, you must guard against stigma and give maximum support to them. People must be given orientation to understand that it is not about some spirit or ogbanje but a genetic issue."

She said the theme of this year's World Sickle Cell Day, 'Reducing the burden of Sickle cell disease in our communities through new born screening', makes it expedient for people to understand that the disease is genetic and shouldn't be tagged "ogbanje" as people refer to persons living with SCD.

Dr Idemudia who takes care of children living with SCD at Wuse District Hospital, said for the patient, the disease itself is a challenge, adding that having to live with pains and other complications, also has psychological effects.

"Persons living with SCD have right to life and good health, and also need to be supported. They must be given chance to thrive in their chosen career. For some that say, 'I cannot employ a sickler' it is wrong because the sickler may have the potential and he or she must be given the chance.

"We must understand that people are living with other ailments like, diabetes, hypertension, among others and they are given employment. Is it because theirs is obvious? They should be given chance and should not be stigmatised or denied of their benefits in life. We have people living with SCD that have risen to the zenith in their career; we have professors, medical doctors, lawyers and others," she said.

She said some of the symptoms of SCD include; pain, swelling of hands and feet, frequent infections, delayed growth or puberty and vision problems, adding that sufferers go through different types of pain such as acute pain, anaemic pain and others.

The consultant said SCD sufferers go through a lot of psychological trauma and need emotional support to help them live well. "They need to be protected against malaria, the commonest sickness that triggers their crises. They should be given folic acid to help the body to produce blood as they lose it. They should also live their best, if they need to go to clinic they should go."

Dr Idemudia also urged SCD suffers not to be depressed or see themselves as less human.

"Though there is a challenge, life must go on. You are not handicapped because you have a genetic condition; you can shine too like others."

"It is not for us to keep reminding them of what they are going through but the support is what they need most. We need to assist them in any way we can, financially, emotionally and at work. For example, when a mother has a child with SCD that is always on admission, that is not the time for her to be queried or given 'sack letter'. She rather needs emotional support to be able to cope."

She said newborns could be screened for their genotype the very day they were born unlike in the past when it was difficult because babies had to wait for six months to be screened.

The newborn screening would improve life expectancy for those living with SCD through early diagnosis and intervention.

She said they called persons living with SCD warriors because of the struggle and the fight they go through to stay alive. "Our activities include awareness creation, health education and provision of direct services to warriors. Our targeted places are worship centres, schools as well as the social media," she added.

Ogunleye also said they have been able to reach out to over 126 sufferers of the diseases in Kogi and Lagos states which are their coverage area now, covering over seven schools and five places of worship and that plans were on to expand to other states.

"Apart from the routine medications and other valuable items to help them live a normal life which we give the warriors during our awareness and outreach, we also have free medical consultations and counseling sessions for them, many of whom live with stigmatisation and depression.

"The foundation is registered in some hospitals so that the beneficiaries can enjoy medical attention as it was discovered that financial constraint is a challenge to some parents and care givers," she also said.

Ogunleye said, her motivation is the quest to be able to share in their pains and help relieve them of the pain, crisis, complication and stigmatisation they go through.

She said, the fight against Sickle cell disease was beyond what an individual or few groups of people could singlehandedly take care of. "There is a lot more to be done, more awareness, outreaches, continuous research, legislation and policies from the government. This will go a long way in supporting parents and alleviating the plights of persons living with SCD," she stated. 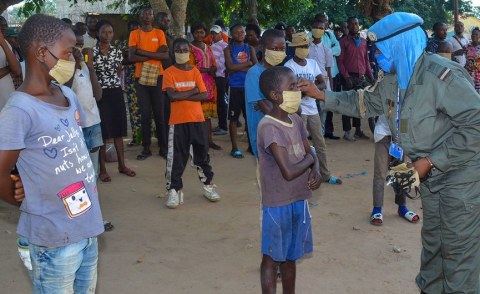 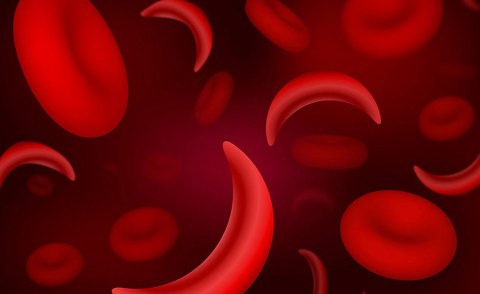 New Sickle Cell Anaemia Research Brings Hope for Treatment
Tagged:
Copyright © 2020 Daily Trust. All rights reserved. Distributed by AllAfrica Global Media (allAfrica.com). To contact the copyright holder directly for corrections — or for permission to republish or make other authorized use of this material, click here.