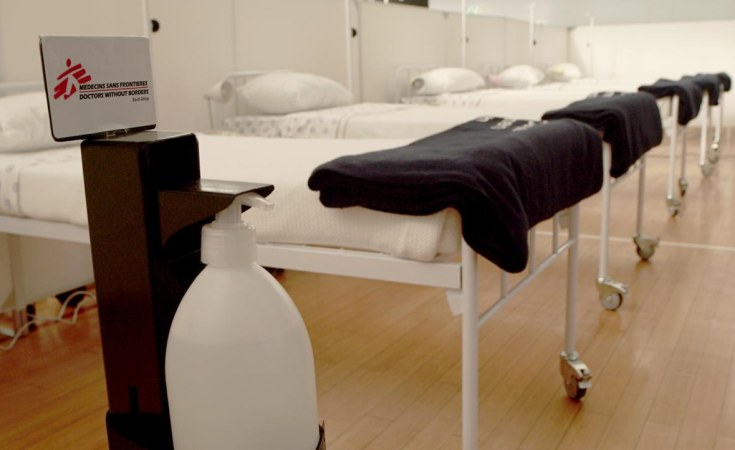 Doctors Without Borders South Africa
Established in a City of Cape Town-owned community sports centre, the Khayelitsha Field Hospital will function as an extension of the adjacent Khayelitsha District Hospital, essentially expanding its capacity to treat moderate to severe COVID-19 cases.
SAnews.gov.za (Tshwane)

South Africa's COVID-19 infections have surpassed the 100 000 mark after 4 288 new cases were reported on Monday.

Of the new 61 COVID-19 related deaths reported, 39 are from the Western Cape, 18 from the Eastern Cape, three from KwaZulu-Natal and one from Limpopo, bringing the death toll to 1 991.

"We wish to express our condolences to the loved ones of the departed and thank the health care workers who treated the deceased," Health Minister, Dr Zweli Mkhize, said.

While the number of infections is increasing, 53 444 people have recovered from the disease caused by SARS-CoV-2.

The Western Cape continues to be the worst-hit province, with over 51% of infections and the highest number of deaths.

Sickle Cell Disease Patients at Higher Risk of Severe COVID-19
Tagged:
Copyright © 2020 SAnews.gov.za. All rights reserved. Distributed by AllAfrica Global Media (allAfrica.com). To contact the copyright holder directly for corrections — or for permission to republish or make other authorized use of this material, click here.