Liberia: State of Emergency Renewed, but Any New Measures? 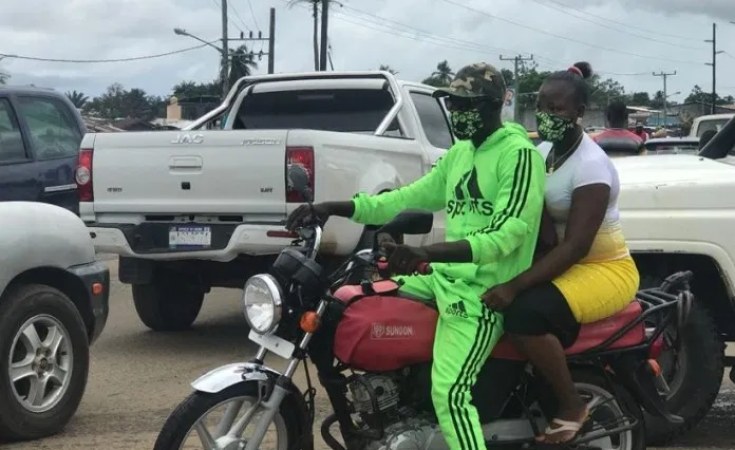 Contrary to his earlier declaration that the national State of Emergency (SOE) would not be renewed, President George M. Weah apparently now sees it necessary to renew same for a period of thirty days, beginning Monday, June 22 thru July 21, 2020. According to the President, the curfew will be from 6 p.m. to 6 a.m. daily and the compulsory wearing of face masks and regular washing of hands shall be observed.

President Weah on April 8, 2020, declared a state of emergency to curtail the spread of the Coronavirus at the time Liberia had recorded 14 cases and three deaths. Since the mandate was instituted with other health protocols, active cases of the virus have continued to increase.

In his June 22 proclamation, the President said one of the key reasons for for reasons for renewing the SOE is that, "... notwithstanding all the measures imposed by the State of Emergency, especially the restrictions on the movements of people and the health protocols (stay-at-home order, social distancing and wearing of masks), the incidence of persons infected by Covid-19 and the incidence of death caused by Covid-19 have increased exponentially... "

Up to a few weeks ago, President Weah had also declared that, "based on consultations with religious leaders, health authorities and advisors," worship centers including churches and mosques were free resume worship activities and many of these areas have begun resuming gradually.

On June 5, 2020, in a press release informed the Liberian people that "Given the country's level of experience with the Coronavirus and its mode of transmission, the strides being made in its containment and in view of developments in other countries, the need for further extension of the constitutional measure is not required."

In addition to that, the President declared that the Roberts International Airport would have opened on June 21, and every person required to be indoor at 9 p.m. With a high expectation that the restriction would be relaxed and normal activities resumed on June 22, Liberians expressed mixed reactions at the President's decision. Some who keenly observed the increases in the number of confirmed cases said they were not surprised at President Weah's decision.

Others, especially business owners and those hoping to honor their travel engagements are quite dismayed that their activities may be delayed for another thirty days. For travelers, the Roberts International Airport is expected to open up to commercial flights on the 28th of June.

Since the President's declaration yesterday, security officers have begun enforcement of mask-wearing, compelling those found without masks to either purchase one or disembark their vehicle. Prior to the announcement by the President, people have begun relaxing health protocols that came with the prevalence of Coronavirus in Liberia.

The extension of the state of emergency, according to an Executive Mansion release, not only reactivates the Liberian Government's tough response strategy but also offers the opportunity to examine the measures again.

President Weah has said that the extension takes immediate effect, pending deliberations at the National Legislature in keeping with the Liberian Constitution.

Resumption of the 6 p.m. to 6 a.m. curfew has been met with some criticisms from the public, and one of those persons who has blasted the decision is Henry Costa, head of the Council of Patriots (COP). In a live podcast on June 22, Mr. Costa condemned the decision to revert the schedule and said it is a strategy to halt an unannounced protest the COP has planned to carry out against alleged surcharges by government on mobile calls and data.

As cases continue on the rise, with the same old measures being observed to curtail the spread of the Coronavirus, it is yet unclear whether or not the President will halt worship activities as Christians and Muslims have zealously begun their worship activities.

Previous Story
State of Emergency Extended for Another 30 Days
Next Story
Sen. Dillon Takes Govt to Task Over Lack of Transparency Over U.S.$9 Million of COVID-19 Food Distribution Fund

State of Emergency Extended for Another 30 Days

COVID-19 State of Emergency Ends in Liberia
Tagged:
Copyright © 2020 Liberian Observer. All rights reserved. Distributed by AllAfrica Global Media (allAfrica.com). To contact the copyright holder directly for corrections — or for permission to republish or make other authorized use of this material, click here.