Malawi: Correcting the 'Tippex' Election, As Malawi Goes to the Polls 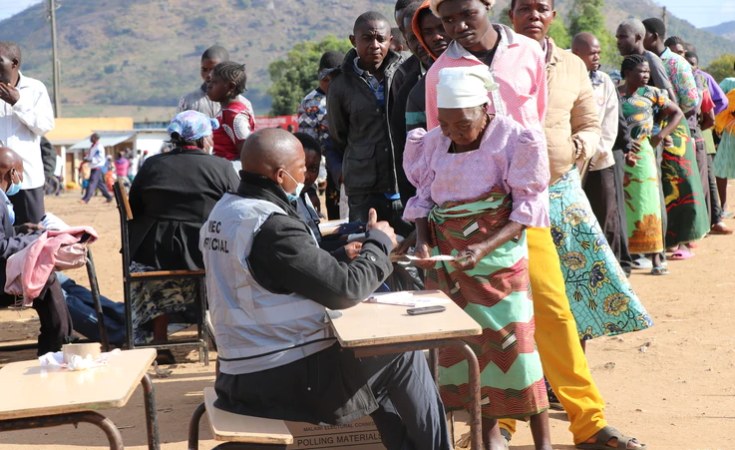 Malawians went to the polls on Tuesday for a much anticipated rerun of last year's presidential vote, which was ultimately annulled by the Constitutional Court, with the top two candidates going head-to-head in a tense election.

"There were a lot of people out to vote this morning, which is quite surprising because there were fears that there could be voter apathy," says Pearson Nkhoma, political analyst at the University of Malawi in Blantyre.

He voted in the morning in Blantyre, the economic capital to the south of the country.

Nkhoma spoke to his neighbours and colleagues after he voted, noting keen interest in the election.

The election in May 2019, also known as the "Tippex election" for the use of the correction fluid on the ballot count papers, was annulled by the Constitutional Court in January. The ruling was challenged by the Malawi Electoral Commission and the judgment was upheld by the Supreme Court in May.

Incumbent President Peter Mutharika of the ruling Democratic Progressive Party (DPP) revamped his political platform and announced Atupele Muluzi, the son of a former Malawian president as his running mate.

A poll conducted by the Malawi Institute of Public Opinion and Research (IPOR) from the end of April to early June indicated that the Chakwera-Chilima Tonse Alliance would win with an 18-point lead.

Analyst Nkhoma says that there had not been any sort of reported violence in Blantyre, but there has been a few cases of violence in the Central Region, Lilongwe, as well as Nkhotakota town, he tells RFI.

Malawi's supreme court rules in favour of election rerun, but only with original candidates

"I saw an international observer, but they are ones connected with local organisations," says Nkhoma.

But after a number of international observers rubber stamped the May 2019 Tippex Election as being free, fair and credible, many have lost faith in their ability to observe properly, according to Nkhoma.

"There's that element of mistrust-- a majority of Malawians, especially in the opposition, would prefer to not to have international observers," he says.

This election has set a precedent.

The polling stations closed at 18h00 local time, and counting has begun. Nkhoma says he expects results this week.