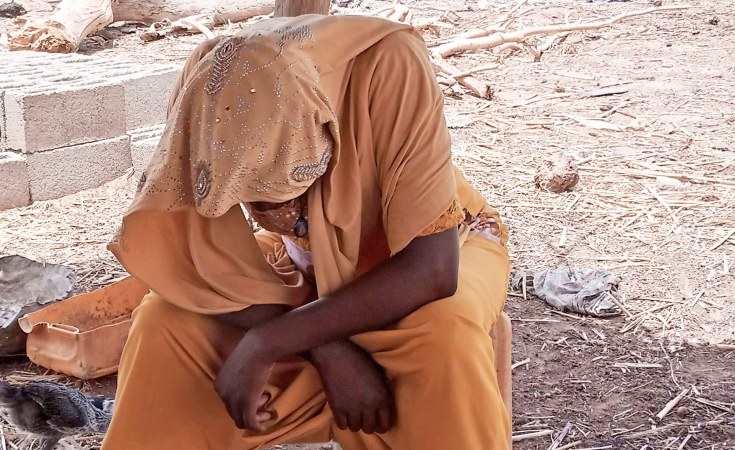 In May, in the Centre-East region of Burkina Faso, a 15-year-old girl was persuaded by an older man to leave her parents to get married. This story could be written about thousands of girls who are now out of school due to COVID-19, putting them at greater risk of abuse, abduction and violence.

15-year-old Pauline* was in the 4th grade at school before it closed. During a door-to-door awareness raising activity, staff from Plan International learnt about her disappearance from her parents, who were very worried for her welfare. The team reported the situation to the social services and Pauline was located living with the family of a young man.

Unknown to the girl's parents, he had approached her while she was out walking and convinced her to go with him, promising her a bright future. Not old enough to give her consent to be married, Pauline was at risk of being forced into wedlock.

The man who took Pauline was summoned to the social services office and agreed, after two weeks of negotiations, to return the girl to her home where her parents were happy to see her.

"Every parent wants their child to succeed in life better than they did, and my dream for my daughter is to become a teacher," says Pauline's mother, Mireille, for whom her daughter's education is a priority.

Mireille feels that Pauline was abused by the man who wanted to marry her, taking advantage of the fact that she was out of school. "I don't condemn my daughter for running away," she says, adding that marriage at Pauline’s age can only be problematic.

While students taking exams later this year were able to resume their lessons on 1 June, those in other classes will have to wait until the next school year. To protect girls who are still out-of-school, Plan International has implemented a child protection project as part of our COVID-19 response plan. We are also providing training to our partners on gender-based violence and carrying out protection services.

“Without Plan International's intervention, I would have had no way to save my daughter from an early marriage,” Mireille says. Plan International has agreed to support Pauline's education for the next school year and in turn, Pauline has pledged to study hard and stay in school.