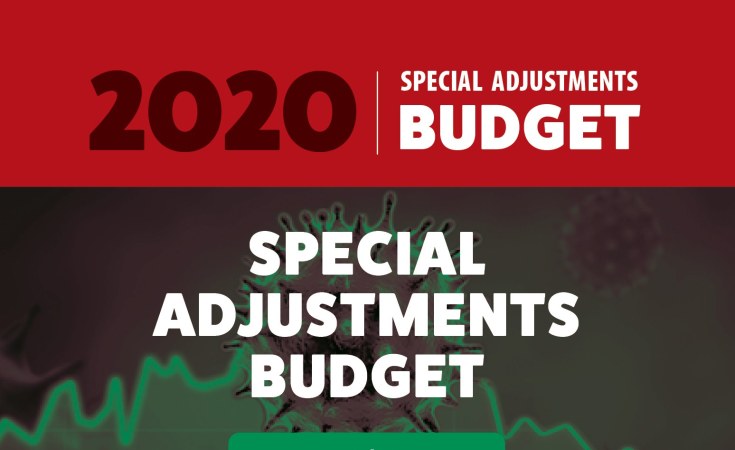 Finance Minister Tito Mboweni has announced a zero-budgeting approach that will see government cutting spending on programmes it can no longer afford.

Mboweni said this when he tabled the Supplementary Budget Review at the National Assembly on Wednesday. The budget was necessitated by President Cyril Ramaphosa's announcement that government would spend R500 billion to support the economy's resuscitation following the outbreak of novel Coronavirus.

He said Cabinet, under the leadership and guidance of President Ramaphosa, will narrow the deficit and stabilise debt at 87.4% of GDP by 2023/24.

"The Medium-Term Expenditure Framework process will be guided by the principles of zero‐based budgeting which will be applied as a series of overlapping evaluation exercises targeted at large programmes.

"Our current system of Public Expenditure Reviews is a step towards zero‐based budgeting. This means that we will try to reduce all expenditure that we thought we can no longer afford. After all, we are not as rich as we were ten years ago," he said.

Mboweni said government would use the upcoming MTEF to pilot the approach.

"In the review accompanying this budget we set out our initial proposed fiscal path for the period ahead. We need to find spending adjustments of about R230 billion over the next two years."

The Minister also said that tax measures of R40 billion over the next four years will also be required.

Government will announce details to these tax proposals in the 2021 Budget.

"Government will also be allocating R3 billion to recapitalise the Land Bank. This Bank holds 29% of South Africa's agricultural debt. The National Treasury is supporting the Land Bank find a solution to its default and craft a long‐term restructuring plan."

Previous Story
Mboweni Starves Most SOEs of Additional Funding to 'Close the Hippo's Mouth'
Next Story
Economy Expected to Contract By 7.2 Percent This Year

Economy Expected to Contract By 7.2 Percent This Year

Govt Eyes IMF Loan For Looming South African Debt Crisis
Tagged:
Copyright © 2020 SAnews.gov.za. All rights reserved. Distributed by AllAfrica Global Media (allAfrica.com). To contact the copyright holder directly for corrections — or for permission to republish or make other authorized use of this material, click here.