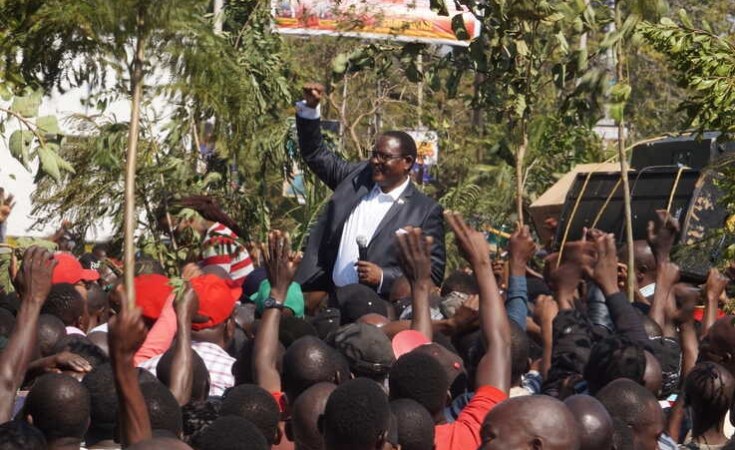 Malawi Congress Party (MCP)whose president Lazarus Chakwera is set to win the fresh presidential elections has urged the incumbent President Peter Mutharika to concede defeat and allow smooth transition of power even though the final tally had not yet been released.

MCP secretary general Elsenhower Mkaka contend that Chakwera certain victory is a true reflection of the voting pattern of Malawians seeking change in what he called credible, free and fair elections.

Speaking in interview at the main tally centre at College of Medicine in Blantyre, Mkaka said: "We are exhilarated, excited with how the election has been conducted."

He added:"President Mutharika must acknowledge his defeat and start talks on the transfer to a new government."

Mkaka said the opposition has been impressed by the handling of complaints and the secure results handling system instituted by the new Malawi Electoral Commission (MEC) led by Justice Dr Chifundo Kachale.

"I will dub this year's elections the most credible, free and fair. Within the shortest period of time they have delivered what every Malawian believes to be a free and fair election.

"They didn't have time and resources, but they still managed to deliver an election that will go down in history as one of he most credible," he said.

Mkaka said the unofficial results show Chakwera is leading by over a million vote.

"But we're, like a family that is expectant, they will celebrate inside their house but they will wait for the baby to be delivered and then they can celebrate outside," he said.

Mkaka said it is the Commission that is mandated to declare the official results.

Ruling Party Accuses Opposition of Intimidating Its Supporters During Voting