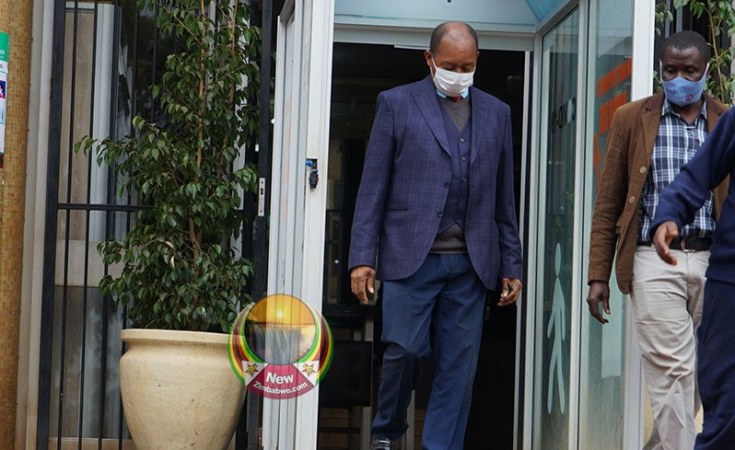 Sister-in-charge at Parirenyatwa Group of Hospitals have downed tools with immediate effect citing lack of urgency by government in addressing issues raised by nurses who are on strike.

The action by the senior nurses comes days after their juniors staged flash demonstrations last week at the giant government health facility over unresolved pay disputes while also demanding US dollar wages.

"We note with concern the lack of urgency by the employer in addressing issues raised by ZINA (Zimbabwe Nurses Association)," read the notice to hospital administrators.

"The ongoing incapacitation has not been doing any good to the patient care in the Covid-19 pandemic period.

"We have noted that despite the sacrifices shown by nurses, the employer has not been forthcoming.

"As part of ZINA membership, we share the same grievances and we have been holding fort at our respective wards despite being overwhelmed by workload.

"After consultation and deliberations, we hereby notify that we are withdrawing our services with immediate effect until the employer takes the nurses grievances seriously by way of fruitful negotiations."

The strike by the country's nurses and doctors came a day after the government awarded civil servants 50 percent salary increment.

However, representatives of the nurses said their members were 'economically incapacitated to continue reporting for duty until the remuneration package is reviewed to their satisfaction'.

"The health workers demand that salaries revert back to the October 1, 2018 levels that were quoted in United States dollars, which is a stable currency that can store value," the unions said in their letter to the government then.

Industrial action by nurses and doctors has become the norm since the President Emmerson Mnangagwa's under-fire administration came into power 2017.

Previous Story
Next Story
Patients Stranded As Nurses Stay Away

Patients Stranded As Nurses Stay Away

Mnangagwa Fires Health Minister Over Shady COVID-19 Kits Deal
Tagged:
Copyright © 2020 New Zimbabwe. All rights reserved. Distributed by AllAfrica Global Media (allAfrica.com). To contact the copyright holder directly for corrections — or for permission to republish or make other authorized use of this material, click here.