Kenya: Interview: The Case for an Equal Split in Kenya 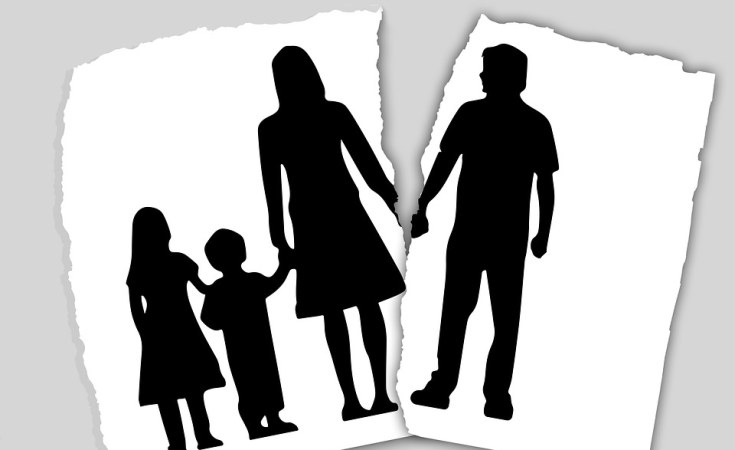 Kenyans are speaking about divorce more openly than ever before. But women still face insurmountable difficulty when trying to claim matrimonial property after divorce. Human Rights Watch found that the process for dividing up this property discriminates against women. Audrey Wabwire spoke with Anne Ireri, executive director of the Federation of Women Lawyers in Kenya (FIDA-Kenya), a woman’s rights organization that offers free legal aid to women, about how these legal challenges deter women from claiming their share of property they acquire during marriage.

How common is divorce in Kenya?

In the seventies and eighties, divorce was infrequent. Wives rarely left their marriages. Extended families and religious leaders pressured married people to stay together, telling women that only marriage could bring them respect and economic and social stability for them and their children. Many women chose to endure violent or dysfunctional relationships so that their husbands would continue providing for their children.

Over time, there’s been a growing acceptance for divorce. Kenyan women and men now speak more openly about it as a possibility. There are candid discussions about domestic violence and unhappy marriages in the public sphere, and more married people are ending their marriages. For Muslims, we see divorce discussed even more openly.

A game changer now is that it’s easier for many women to earn a living outside the home. Although they don’t earn as much as men, these opportunities provide many women with a fallback plan should they choose to exit a bad marriage.

Despite this improved economic position for women, some stay in a difficult marriage because they fear that they’ll lose everything they have financially contributed to the marriage, such as houses, land, businesses, or other assets, upon divorce.

FIDA-Kenya works on many such cases. We provide women with legal advice and representation to claim their right share of matrimonial property during divorce.

What is matrimonial property? And how should it be divided during divorce?

Women’s rights to matrimonial property is protected under Kenyan law. It is any property that spouses acquire jointly during marriage. It also includes property improvements or property that the couple use jointly such as the matrimonial home. The saying “two become one” represents the assumption that the married couple own property together, irrespective of whether the husband or wife bought it. All the land, real estate, businesses and financial investments, and pension accumulated during marriage belong jointly to the couple if there were no limitations agreed to before the marriage.

For some women the bulk of their contribution in the marriage is non-financial: being the primary caregivers to children, old or sick relatives, and domestic work such as cooking, cleaning, farm work, and more. In our society, it’s easy to diminish the role of a woman who woke up at 3 a.m. every day for 15 years to warm water over a smoky wood-burning fire for her husband so that he could have a hot bath on cold mornings. We don’t see our courts valuing women’s caregiving and domestic work contributions in marriage. Women go extra lengths to prove their contributions especially toward the property acquired during marriage, with no guarantee that they’ll get fair judgements.

Many Muslim communities in Kenya are guided by Shari’ah Law. Is matrimonial property protected in Shari’ah Law?

Divorce takes various forms under interpretations of Shari’ah (Islamic) Law. In Kenya, the practice of talaq, or divorce (effected by a threefold repetition of the word “talaq” by the husband) can leave a woman with no recourse and no access to matrimonial property. There isn’t a clear rule book and it all depends on the interpretation of the individual Kadhi (judge).

Let me give you an example of a case we have. Fatuma M. (not her real name), a 47-year-old mother of five, from Kilifi. One night, her husband beat and kicked her out of their home with nothing. He divorced her verbally and this was upheld by the Kadhi. During their two-decade-long marriage, they used their salaries, savings, and multiple loans to convert their mud house into a modern brick one with more rooms. They dug out a well and installed a water pump. They built six shops and four small houses to rent out. She did not receive any share of property after the divorce.

Fatuma is now homeless and can’t access income from the properties they jointly acquired. She still owes millions of Kenyan shillings to pay back a loan she used to develop their land and real estate with her husband.

Have Kenya’s new matrimonial laws solved some of these problems?

Before the 2013 Matrimonial Property Act and 2014 Marriage Act, marriage-related laws were from colonial times. These colonial laws portrayed women as property of their husbands, and men as heads of households and primary breadwinners. This meant that the end of a marriage left a woman with nothing.

The constitution before 2010 also did not guarantee equality between men and women in marriage. The divorce process was a humiliating fault-based system where most of the time the wife was found at fault since infidelity by a husband is socially acceptable, while societal norms expect women to be obedient. The law did not shield women from husbands who might place the matrimonial home as collateral for credit, or even sell it secretly.

The 2010 constitution protected equal rights to ownership and control of property at the beginning, during, and at the end of a marriage. But courts mainly consider the financial payments made by a spouse to buy assets, not other nonmonetary contributions made during the marriage. And it is rare for a man to be challenged on his contributions; it’s assumed he ‘owns’ all the property.

While the 2013 Act recognizes childcare and domestic work as contributions, the required proof of contribution is unclear.

What usually happens to women who divorce their husbands in Kenya?

When a marriage begins, our society puts the burden of its success on the woman. During weddings, we hear speeches directed at women, in front of their family and friends, asking them to never bring shame by ending the marriage. Women will tolerate a lot, including violence and other psychological abuse, before they decide to leave.

Some people prefer to do customary separations as they are less costly. If the marriage is formally registered, the divorce is only valid if it’s done through the courts. Judicial proceedings can get very expensive – lawyers’ costs and court fees add up. Our traditional and social norms strive to preserve marriages, and you have to demonstrate how hard you worked to repair the relationship before seeking dissolution.

At FIDA-Kenya, before we take on a client, we offer counseling services for both parties, and offer free legal aid. But in many cases, women don’t have access to legal aid or support to fight for their share of matrimonial property.

Recently, a woman who wanted a divorce from her husband came to us. Her husband was a wealthy man who was violent, and abused her sexually, emotionally, and financially. He never let her work outside their home, further disempowering her. He bought off any lawyer who tried to help her with her divorce. He had the best lawyers in town who frustrated all her efforts to leave him. We could tell that she loved the man, but she just wanted peace of mind. We took on her case and supported her through the legal process. It was difficult, but she got the divorce, alimony, and some share of the matrimonial property at the end. But such cases are few and far between.

Kenya’s laws are touted as “gender responsive” but they are contradictory and lack clarity on equality in marriage. This arbitrariness leaves interpretation open to bias. We cannot leave such important decisions to be made based on the personal biases of judges or some societal norms that reinforce discrimination.

We need laws that protect both parties during and when a marriage ends, and the only way a law would do that is by guaranteeing that both parties have an equal share of their matrimonial property. Such a law would change women’s lives if enforced. 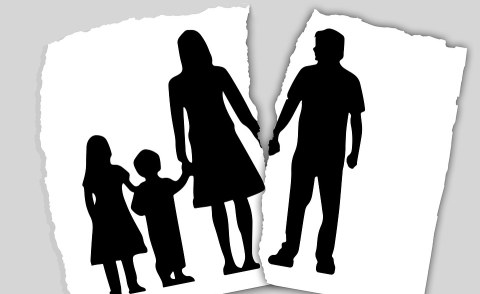 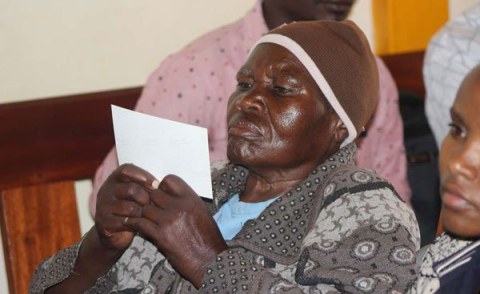 75-Year-Old Woman Dies During Fight for Land After Divorce 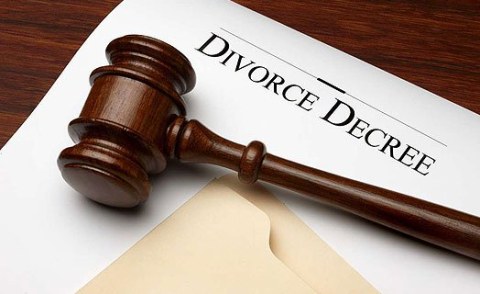 Setback for Women as Court Refuses Splitting of Property
Tagged:
Copyright © 2020 Human Rights Watch. All rights reserved. Distributed by AllAfrica Global Media (allAfrica.com). To contact the copyright holder directly for corrections — or for permission to republish or make other authorized use of this material, click here.