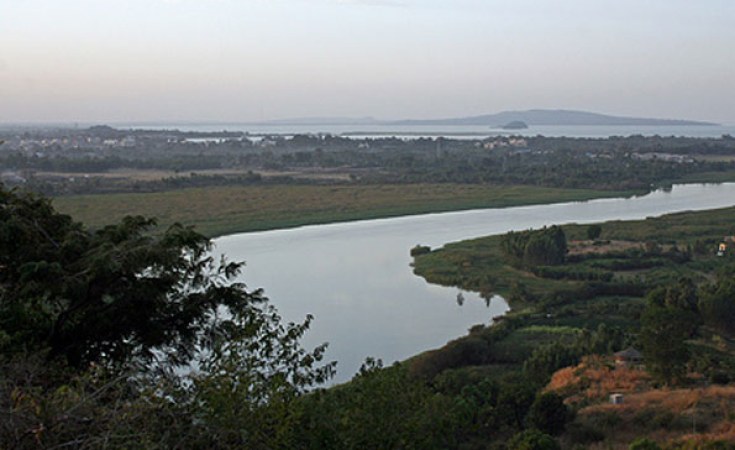 Ethiopia is moving forward with a plan to fill a massive reservoir behind a new dam on the Nile River and Egypt is calling the move a threat to peace and security in the region and is asking the United Nations to step in.

Egypt relies on the Nile for roughly 90 percent of its fresh water and is concerned that the dam and its reservoir, with a capacity of 74 billion cubic meters, will diminish its water supply. Egypt has warned that it could lose about 22 percent of its water flow and see thousands of acres of farmland become unusable.

Ethiopia has pledged to fill the Grand Ethiopian Renaissance Dam (GERD) over four to seven years. It plans to begin filling the dam in July, which has prompted diplomatic pressure from the Egyptians to stop the process.

"What Egypt is trying to do is to rally as much international support for its position, including most prominently and most obviously from the U.S. government," says William Davison, International Crisis Group's senior analyst for Ethiopia, in an interview with VOA. "Egypt seems to think that that will either get Ethiopia to pause its filling plans or get Ethiopia to sign an agreement which it otherwise was not willing to do."

Tensions among the Nile River countries are also reverberating in the U.S. where opinion is divided.
Last week, the White House's National Security Council urged Ethiopia to strike a "fair deal" before filling the dam. "Technical issues have been resolved — time to get the GERD deal done before filling it with Nile River water!" the NSC said in a tweet.

The U.S. Department of the Treasury has been a mediator in talks between Ethiopia, Egypt and Sudan, but the talks have failed to produce a deal. Recent disagreements have centered on whether the agreement would be legally binding. Sudan and Egypt want it to have the force of law; Ethiopia does not.

But some U.S. lawmakers are touting the importance of the dam.

The Congressional Black Caucus issued a statement saying the U.S. should play an "impartial role" in the negotiations. "The GERD project will have a positive impact on all countries involved and will help combat food security and lack of electricity and power, supply more fresh water to more people, and stabilize and grow the economies in the region," the caucus said in the statement.

U.N. Spokesperson Stephane Dujarric is urging the countries to settle their differences at the negotiating table.

"We urge Egypt, we urge Ethiopia and Sudan to work together to intensify efforts to peacefully resolve outstanding differences," Dujarric said during a press briefing on June 22.

"We're encouraging progress towards an amicable agreement," he said.
Still, as tensions rise, some warn of a looming military confrontation.

Earlier this month, Egyptian billionaire Naguib Sawiris said: "We will never allow any country to starve us," Sawiris said in a tweet. "If Ethiopia doesn't come to reason, we the Egyptian people will be the first to call for war."

Despite the heated rhetoric, Davison said war is unlikely because long-term cooperation is in both countries' strategic interests. However, the threat is that one side makes a mistake that further escalates the conflict, he said.

"There's a danger of miscalculation here," Davison said. "The Egyptians seem to think that Ethiopia is bluffing about filling the dam next month. The dam is not ready, that they will not dare do it. I think that's potentially a miscalculation. And on the Ethiopian side the assumption is that these are just empty threats from Cairo. So there's a danger there that they do not take this seriously and that leads them into an increased confrontation."

Previous Story
Nile Diplomacy - What Is Expected From Our Diplomats and MPs?
Next Story
Ethiopia Deserves Payment for Ecosystem Services in the Nile Basin - Hydrologist

Nile Diplomacy - What Is Expected From Our Diplomats and MPs?

African Union Secures 'Tangible Results' in Nile Dam Talks
Tagged:
Copyright © 2020 Voice of America. All rights reserved. Distributed by AllAfrica Global Media (allAfrica.com). To contact the copyright holder directly for corrections — or for permission to republish or make other authorized use of this material, click here.