Campaigners from both sides of the abortion debate have had heated discussions in the last couple of days over the issue, which is now also a subject of deliberation in the National Assembly.

An online petition calling to reject the legalisation of abortion in Namibia has also been launched.

The petition launched by pastor Zelda van der Colff began last week Thursday and by Wednesday it had 4 736 signatures.

They are targeting to get 20 000 signatures.

The anti-abortion appeal comes just days after a local woman Beauty Boois called for the legislation of abortion in a petition.

In her petition, which has also divided opinion on social media platforms, Boois said Namibian women have been left with no choice but to break the law to practise their right of choice, in the process risking their lives and health as well as their well-being to obtain illegal abortions.

Over 6 000 people have given the petition a thumbs-up.

Van der Colff stated that as a Christian pro-life citizen she could not be silenced as the future of Namibian generations would be aborted.

Van der Colff called on fellow Christians to collectively reject the legalisation of abortion in Namibia. The pastor said they would not allow the "evil" of legalising abortion to look good under the system of human rights.

She said keeping silence means they are giving God the approval to bring the wrath upon the nation because of unrighteous actions.

"We declared and stand on the biblical normal with the biblical principles that there is dignity for the unborn baby," said Van der Colff.

Sharing similar sentiments, the president of the Association of Charismatic and Pentecostal Churches of Namibia (ACPCN) Jan Fritz Gaweseb said a foetus should not be abused through abortion.

"We should stop child abuse before birth has been given," Gaweseb said.

He said those calling for legalising cosmetic abortion were given a chance by their parents and others to fulfill their God-given mission and purpose here on earth. "So let us not be selfish but also give those unborn babies equally and fairly that blessed opportunity of life," said Gaweseb.

Deputy health minister Esther Muinjangue motivated the motion on abortion in parliament yesterday, saying national leaders should allow for debates on the issue in order to weigh the pros and cons.

"Whether abortion is legal or not, the fact is young women and girls do backyard abortion which does not only affect them but has an impact on many systems of our society as well. My concern is more on the psychological effect on women. It is a well-known fact that women (young and old) flock to neighbouring countries, where abortion has been legalised, to do abortion," remarked Muinjangue.

Women Action for Development (WAD) executive director Salatiel Shinedima said it was important to allow for a debate on whether to legalise abortion or not. "So far what we have seen is people want abortion legalised but have not seen a debate and would expect that in parliament," he said.

Namises added that the church itself has not done thorough research and as much as they are putting up a petition they do not know the depth of the problem.

"Whatever the church is doing is based on people who are feeling they are God's people and must therefore command onto other people's bodies," stated Namises.

Former health minister Dr Libertina Amathila said abortion was a long-standing issue that needed to be dealt with.

"If Namibians don't want to see children being thrown in pit latrines, then they must look at it seriously," said Amathila who added she endured insults when she brought the issue to the fore back in the day.

She said a woman could have one safe abortion.

According to Amathila, it would be illogical for women to have it on different occasions. 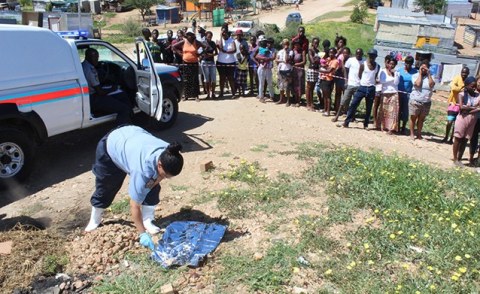 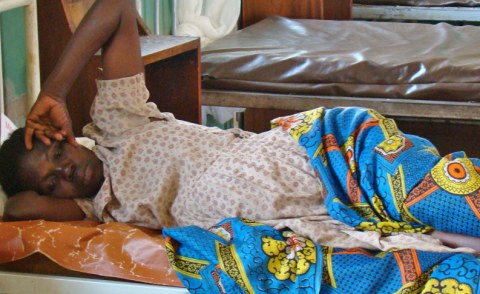