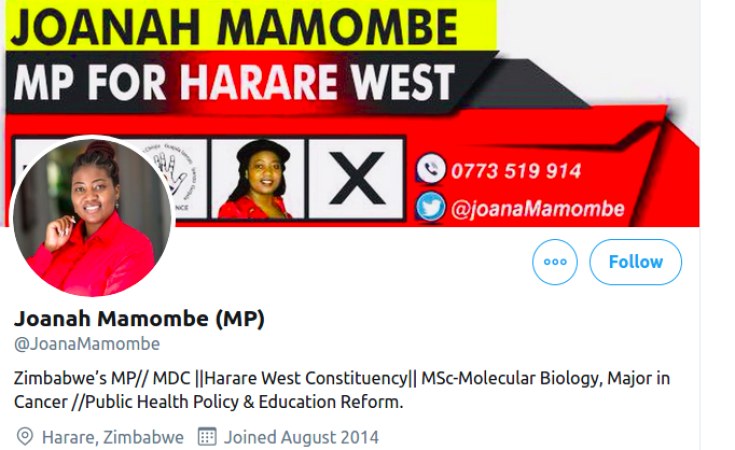 Zimbabwe today joins the rest of the world in commemorating the International Day in Support of Victims of Torture under the theme 'The World Stopped! Torture Didn't!' but with a dark trail of activists still locked up.

Three MDC Alliance members, Joanna Mamombe, Cecilia Chimbiri and Netsai Marova have been in police detention for over a month after they were allegedly tortured by suspected state security agents.

The three sustained life-threatening injuries with allegations that they were also raped by their assailants.

The three are some of the several people who have been allegedly abducted and tortured by the state for their anti-government stance in recent months.

Zimbabwe Human Rights Association (ZimRights) National Chairperson Musiiwa Takesure, in a statement to mark the day, condemned the continued torture of opposition activists saying it is an inhumane act which strips individuals of their dignity and conscience.

"It is a crime that shocks the conscience of humanity. It strips the victim of their humanity. This is why international customary law makes it an international crime. Wherever torture is perpetrated, the whole world must be concerned because of its gravity.

"International law has been consistent in condemning torture and calling for its prosecution regardless of the jurisdiction of where it is committed," Musiiwa said.

Zimbabwe's Constitution guarantees freedom from torture or cruel, inhuman or degrading treatment as provided in section 53 but of late, there have been arrests and persecution of those anti-government.

"Arrest and detention must only be a measure of last resort. It should be government policy to use summons and written notices to appear as the primary methods of bringing accused persons to court.

"Continuing with arrests and detentions when there is a highly infectious pandemic increases exposure and potential of further spread," ZimRights said.

For Zimbabwe, the occasion for this year's commemoration comes at a time when the experiences of victims of torture are fresh.

"State apparatus has intensified the use of torture under the cover of COVID 19. During the COVID 19 lock-down, ZimRights has documented several cases of torture perpetrated mainly by the police or with the blessings of the police," reads part of the statement.

Meanwhile, the National Transitional Justice Working Group (NTJWG) has expressed concern over the use of torture to silence government critics.

"Of particular concern to the NTJWG is the apparent pattern in the circumstances surrounding many cases of abductions and torture, with no perpetrators identified, no accountability and no justice for victims and survivors. These crimes have been used systematically as tools to silence government critics and dissenting voices, in violation of the Constitution and democratic tenets," reads part of the statement.

It adds, "In order to achieve truth, justice and accountability and healing the NTJWG implores upon the independent constitutional commissions to conduct thorough investigations into the torture, cruel, inhuman or degrading treatment of citizens with impunity, and the government to ensure accountability and justice in pending and unresolved cases of torture and abductions through identifying perpetrators and prosecuting them and ensuring compensation for victims and survivors."

Is Zimbabwe Govt Using Lockdown to Mask Clampdown On Critics?
Tagged:
Copyright © 2020 263Chat. All rights reserved. Distributed by AllAfrica Global Media (allAfrica.com). To contact the copyright holder directly for corrections — or for permission to republish or make other authorized use of this material, click here.