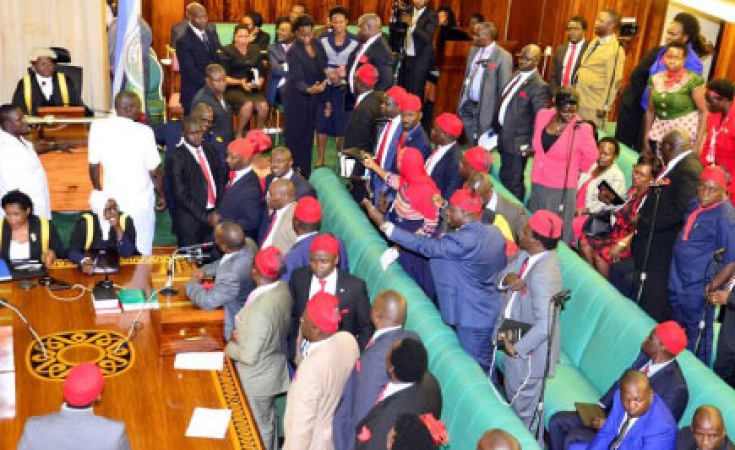 The 2021 General Elections present unique challenges and opportunities for those vying for different elective positions across the country. For the first time, if it goes as planned, there will be no crowd campaigns and all campaigns will be digital due to the Covid-19 scare and the lockdown.

For new entrants into politics, face a stiffer challenge than their incumbent counterparts who have tasted the election hurdles before and probably are financially stronger. The first timers are a bit lost on how to handle the new "scientific" campaigns. But nevertheless, both are facing a dilemma of how to handle the virtual campaigns, which may be more complicated and expensive in diverse ways.

There is no mathematical formula to calculate how much the digital campaigns will cost each candidate. However, given Uganda's high Internet costs, cost of airtime on radio and TVs, space in newspapers and access to smart phones, the digital campaigns are likely to be more expensive and complex than the traditional open-ground public campaigns.

A report by Alliance for Campaign Financing Monitoring indicates that Shs857.7 billion was spent by the presidential candidates in 2016 elections, while parliamentary candidates who won seats spent Shs24.7 billion.

Mr Michael Andrew Kabaziguruka, the MP for Nakawa Division in Kampala, said he projects the campaign expenses are likely to be much higher than in 2016.

"The reality is that it is unknown until the Electoral Commission (EC) issues the guidelines. Currently, while we have a roadmap, we don't have a guideline, so we don't know what we can do and what we cannot do. We can only know the cost implications after the guidelines," he said.

"In the last elections, I was not the incumbent and the expectations on incumbents are more and, therefore, the costs are likely to be more," he added.

Mr Kabaziguruka said he could not compute how much he spent in the last elections because he didn't have a central account where he got the funds. "Money would come from different donors and friends. It was difficult to keep the figures," he said.

Ms Stella Atyang, the Moroto District Woman MP, said the campaigns are likely to be more expensive for everycandidate. She said she had previously budgeted for Shs200m, but with the introduction of the new roadmap, she could spend more.

"I had prepared around Shs200m and a lot of the money would go to printing T-shirts and other campaign materials. It will be more costly because you cannot bring people together and talk to them at once," she said.

She said the Covid-19 lockdown has aggravated the people's livelihoods and everyone is looking up to leaders for survival.

Ms Jacqueline Aol Rama, the Nebbi District Woman MP, said the hardest part will be how to determine the budget for the campaigns. Ms Aol said in the last elections, she spent about Shs200m.

"We have never done scientific elections before and it is difficult to gauge the costs. With these virtual campaigns, we are now at the mercy of the media owners who can decide to give us space or deny it depending on how you relate with them," she said.

She said despite the virtual campaigns, there is need to mobilise voters physically, something that is still a puzzle to many.

Mr John Tumusiime Bamuturaki, the Mbarara District chairperson is one of the parliamentary aspirants for Kashari North Constituency. He said in 2016 General Election, when he contested as the district chairperson, he spent about Shs150m on campaigns, but for the constituency, he projects his budget at Shs400m.

"The district was bigger, but I didn't have to reach to all the voters. Now for the constituency, my plan is to reach all the voters and that is why my budget has gone up," he said.

Mr Tumusiime said for effective campaigns, he will use both TV and radio stations. Mbarara District has only eight radio stations and a television station.

"For the radio talk-shows, I plan to appear on two radio stations daily and for the television, I will appear twice a week. I will also use this money to hire motorcycles to deliver materials to my voters, facilitate the agents both in party primaries and the constituency elections," he said.

A full page colour advert in a newspaper is between Shs9m and Shs10m per day of publication, while a black and white advert goes for about Shs7m or Shs8m.

This suggests that a candidate who intends to campaign on radio and TV alone at least once a week will spend about Shs100m in two months. The campaigns will last about four months beginning with nominations in November until voting in February. If a candidate books at least a one-page colour advert every month in a newspaper, the cost will come to Shs40m in four months.

This is the financial cost but there is also the challenge of being denied space even if one has money to pay for airtime.

Some private radio and TV owners are also contesting for elections, so they are likely to deny their rivals airtime on their own media. Many candidates will have to face the hurdle.

For Stella Kijange Lajiri, a new entrant for the race of Nwoya District Woman MP seat as an independent contestant, the campaign presents a journey of no retreat to the unknown. She could not tell how much she has prepared to spend on the campaigns, but says her team is still working on the estimates.

"At the moment, our fundraising and election management and budget will depend on the set targets," she said.

She believes the virtual mode of campaign favours the incumbents whose names are already known to the electorate.

"Incumbents will have a little advantage because they have been in the public eye and media for one or more parliamentary terms," Ms Lajiri said.

The Forum for Democratic Change, the biggest Opposition party in the country rejected the EC's proposal for digital campaigns. The party says this will infringe on freedom of assembly enshrined in Article 29(d) of the Constitution.

Mr Ibrahim Ssemujju Nganda, the party spokesperson, who is also the Kira Municipality MP, blamed the EC for handling elections as a private matter.

He said the ban on public rally is meant to rig the electoral process in favour of the ruling NRM party candidates.

According to him, FDC NEC and parliamentary caucus will meet today to discuss this matter further with a view of petitioning both court and citizens. "We all know that the person who fears competition and fears assemblies is President Museveni. That is why he had, through police, given himself the powers to grant permission to people intending to hold rallies which the Constitutional Court nullified.

"In fact, Mr Museveni had blocked concerts and rallies even before Covid-19," Mr Ssemujju said.