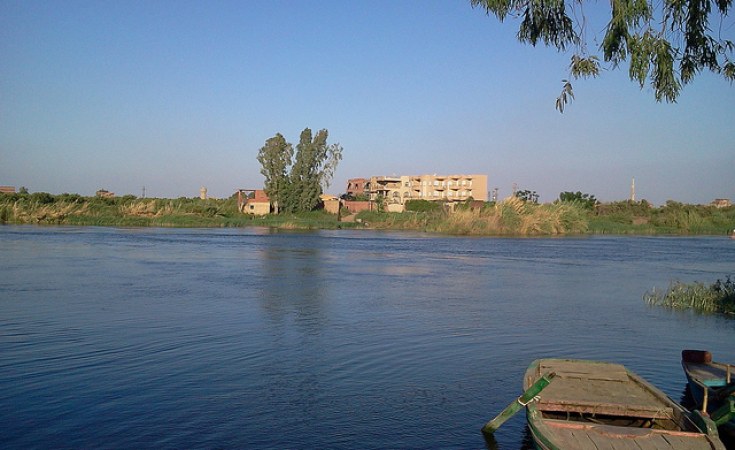 Ethiopia has accused Egypt of trying to revert to the 1959 colonial agreement that gave it dominance over the Nile waters, warning that the stance by Cairo could torpedo the new Nile Treaty of 2010.

The two countries are locked in a bitter dispute over usage of the Nile River waters, with Egypt charging that Ethiopia's plan to fill the Grand Ethiopian Renaissance Dam (GERD) will starve Egypt of its primary supply.

Responding to Egypt's decision to take the issue of the GERD to the UN Security Council, Ethiopian Foreign Minister Gedu Andargachew in a June 22 letter said Egypt's insistence on the "historical rights and current use" has made it difficult to reach a settlement on the dispute.

"The notion of historical rights is in reference to the 1959 colonial-era agreement between Egypt and Sudan which divided the Nile between them, completely ignoring Ethiopia. Under this invalid and unfair deal, Egypt acquired the lion's share of the Nile water," said Mr Andargachew in the letter.

After breakdown of the negotiations that started on June 9, Egypt Foreign Affairs Minister Sameh Shoukry, on June 19 wrote to the Security Council accusing Ethiopia of continued "intransigence" over filling of the GERD reservoir, which he said potentially constitutes a threat to international peace and security.

Ethiopia has said it intends to start filling the GERD reservoir in July.

"Egypt has elected to bring this matter to the attention of the UN security Council after having explored and exhausted every avenue of reaching an amicable solution to an agreement on the GERD that preserves and promotes the rights and interests of the three riparian states of the Blue Nile," said Mr Shoukry.

Sources within the UN told The EastAfrican that the issue has divided the five permanent members of the UN Security Council; the US, France, Russia, the UK and China.

South Africa, the current chair of the African Union and which led the Africa group, says there are few issues unresolved, arguing that the matter should first be taken up by the continental body before going to the UN.

Mr Andargachew says all technical issues have been resolved except legal ones, which diplomats say is a reference to the 1959 Nile Treaty.

But Article 14 (b) of the 2010 Nile Basin Co-operative Framework Agreement (CFA), which involved 11 riparian countries, allowed other Nile Basin countries to do projects along the River Nile.

Egypt and Sudan are yet to sign the agreement 10 years on, over this provision, and want Article 14 (b) to read that the use "not to adversely affect the water security and current uses and rights of any other Nile Basin State".

Ethiopia says it will take three to seven years to fill the dam reservoir with 4.9 billion cubic meters of water for generation of electricity, while Egypt says it will affect the natural flow of the Blue Nile that provides it with 87 per cent of its water and has been pushing for gradual filling of between seven and 10 years to guarantee its annual share.

The Egypt-Ethiopia dispute now raises the question as to why most Nile Basin countries have not ratified the CFA in order to make the agreement take effect.

Only four countries out of the 11 Nile Basin Initiative members Ethiopia, Tanzania, Rwanda and Uganda have ratified the CFA, which requires six ratifications to take effect. Uganda ratified it last year but is yet to deposit the instruments with the AU.

In Kenya, the then Water Cabinet Secretary, Simon Chelugui, told our sister publication, Daily Nation in November last year that the CFA has already gone through the Cabinet and the National Assembly, and the country is at an advanced stage of finalising the ratification.

Mr Nyaoro said that the lack of ratification by the required members has also delayed the establishment of the Nile River Basin Commission as provided by Article 15 of the Nile 2010 agreement that was to set up a committee to deal with the controversial Article 14 (b).

Emmanuel Daniel Chonza, an economist and the Monitoring and Evaluation specialist at the Nile Basin Initiative (NBI), told The EastAfrican that CFA is a country and as an entirely political matter, the NBI management has no position on early or late ratification by any country.

Previous Story
Ethiopia, Egypt and Sudan Agree to Postpone Filling Nile Dam
Next Story
Nile Diplomacy - What Is Expected From Our Diplomats and MPs?

Nile Diplomacy - What Is Expected From Our Diplomats and MPs?