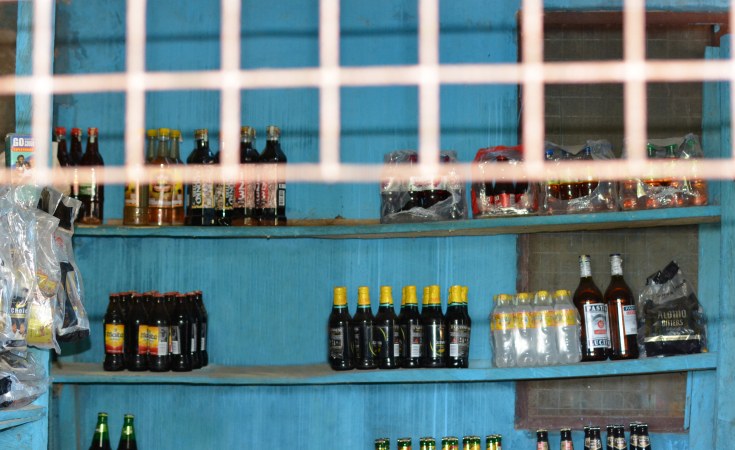 Plan International
"I do not want to be counted as a survivor of sexual violence so I will keep fighting," says Angela*, 14, from Ghana's Eastern Region. Angela’s grandmother’s main source of income is her bar. Since schools have been closed due to the COVID-19 pandemic
Plan International (Woking)

“I do not want to be counted as a survivor of sexual violence so I will keep fighting,” says Angela*, 14, from Ghana’s Eastern Region.

Angela has been living with her grandmother for seven years. She also lives with her uncle, three brothers and two other male tenants. Many nights her grandmother does not sleep at home, leaving her alone with six men. Since their parents’ divorce, Angela and her brothers rarely see their mother and never see their father.

Angela’s grandmother’s main source of income is her bar. Since schools have been closed due to the COVID-19 pandemic, Angela has overseen running the bar while her grandmother sells vegetables at a local market to earn extra money for the family.

Each day Angela serves soft and alcoholic drinks to around 50 men of a range of ages, putting her at risk of abuse. “Every day comes with its challenge,” says Angela. “Some men come in already drunk. When I am serving them, they touch my bum, breasts and thighs, and tell me I look very beautiful.

“One day a man told me I looked too beautiful to stay in my village. He said if I slept with him, he would take me to Accra and make me happy.

Angela reports these incidents to her grandmother whenever they happen. Her grandmother then visits the men to warn them to stop harassing Angela, but they rarely listen.

Angela says, “My grandmother knows it is illegal for someone of my age to run a bar but because schools have closed and we are always home, she has no option. She has to feed myself and my brothers and she is always complaining about having no money, so she has to go to the market to sell her vegetables to support what I earn from the bar.”

The time spent running the bar alongside school closures is having a detrimental effect on Angela’s education. She says, “Because the bar keeps me busy, I haven’t revised anything since schools closed. By the time my grandmother comes back from the market I am very tired.

“I have not heard of the distance learning on TV (rolled out by Ghana’s education service), but now I know, I wonder if I will get the time to watch.

“I know if I am in school, no man can touch me in places I don’t like. I miss school, I don’t feel safe when I am alone”.

Angela has reported the behaviour of her male customers to Plan International’s community volunteers and the child protection committee in her community. They have taken up the matter and informed the police who have issued warnings to the men to stay away from Angela.

Angela says, “I am happy Mr. Mensah (a Plan International volunteer) and his team reported the matter to the police. I have Mr. Mensah’s number, so if they come to harass me, I will call him again.”

Plan International is working alongside the Ghanaian government to prevent, respond to and report violence against girls. This involves supporting and training groups of volunteers in communities who carry out tasks like referring at-risk children to the relevant local services, engaging in discussions with children and their caregivers so they are aware of issues facing them and potential solutions, identifying risks facing children, promoting children’s voices in their communities and identifying particularly vulnerable children.

During the COVID-19 pandemic the volunteers have also been helping to raise awareness about how to prevent the disease in their communities.

There are currently around 4,000 volunteers working to keep children safe across Ghana, including Peter from the Volta Region. He says, “I have found myself passionate about communicating with children with the most urgent needs”.