South Africa: 'Taking the Bull By Its Horns' - Taxi Operators Say They Will Be Fully Loaded Again From Monday 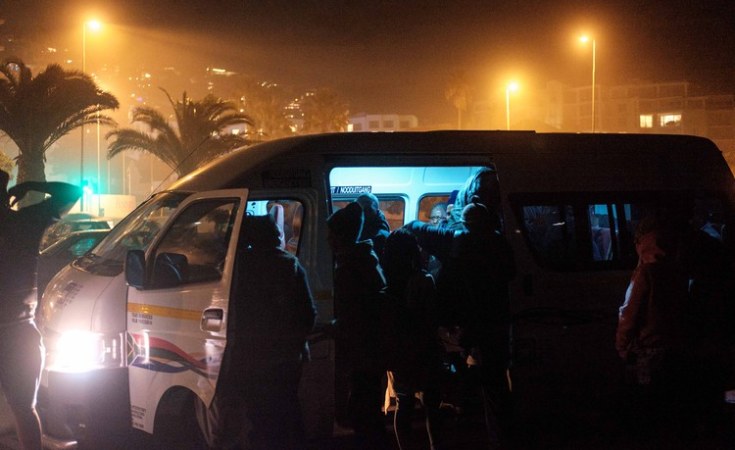 The South African National Taxi Council (Santaco) and the National Taxi Alliance (NTA) say government is not taking the industry seriously and that they have decided to take the "the bull by its horns" and go back to loading passengers at 100% capacity from Monday.

The taxi operators announced their decisions after meeting with their structures on Saturday and Sunday.

In two separate virtual briefings, Santaco and NTA said they were willing to engage with government through Transport Minister Fikile Mbalula, who had been postponing meeting with them multiple times.

Mbalula cancelled a meeting planned for Sunday with the taxi operators who have been negotiating to carry more passengers, and to cross provincial borders during the coronavirus restrictions.

Speaking during the virtual briefing, Santaco's president Philip Taaibosch said Mbalula's office had not provided any reasons why their meetings were being postponed.

Taaibosch said they had decided that it would be irresponsible to put the fate of the industry in the hands of government, which continued to postpone meetings.

The operators had presented four issues to Mbalula, including the relief fund, 100% loading capacity, long-distance operations and taxi fares.

Taaibosch said Mbalula had requested time to meet with the National Coronavirus Command Council, and that they had been waiting.

"Since we have been waiting in vain, the leadership last night made the following decision: we have decided that leadership of Santaco provinces must inform their structures that, as of from tomorrow the 29th, all taxis must load 100% capacity, whether the minister approves or not...

"All long-distance taxis must resume operations as from tomorrow morning. We are also indicating that no permits will be wanted from passengers getting into long-distance taxis," Taaibosch announced. NTA general secretary Alpheus Mlalazi said they were unhappy that aircraft were able to travel inter-provincially, while taxis were not, adding that they viewed this as discrimination.

Mlalazi claimed that there were no expert opinions that said filling taxis to 100% capacity - if passengers were sanitised and wore masks - was unsafe.

The organisations said taxis would still be expected to adhere to Covid-19 regulations by sanitising taxis and ensuring that all those on board wore masks.

Long-distance passengers must be screened and that all regional taxi councils must give weekly reports to national.

No overloading would be allowed, he promised.

The organisations had to make the decision because of frustration and lack of direction from government, and were aware that law enforcement officers would want to impound their vehicles. They have threatened to park their vehicles should they be impounded.

"Tomorrow, we will not accept any form of impoundment. Operators will have no option but to park all their taxis countrywide until the impounded taxis are released and we are allowed to continue with our work," Taaibosch said.

Taaibosch reiterated the industry's rejection of the R1.1-billion relief fund offered by the government to alleviate the pressure during the Covid-19 crisis.

He said there was no agreement with the industry on the relief fund announced by Mbalula.

Santaco said it expected its service to resume from Monday and for the relief provided by the government to be reviewed.

"We have all done our part to play the ball, but at this moment I must indicate to South Africans, media and to government that we have decided to face the bull and take the bull by the horns. Whatever comes will come, but we cannot continue to have postponements of our business, of our work, of our livelihoods."

South African Finance Minister Tables Grim Emergency Budget
Tagged:
Copyright © 2020 News24Wire. All rights reserved. Distributed by AllAfrica Global Media (allAfrica.com). To contact the copyright holder directly for corrections — or for permission to republish or make other authorized use of this material, click here.