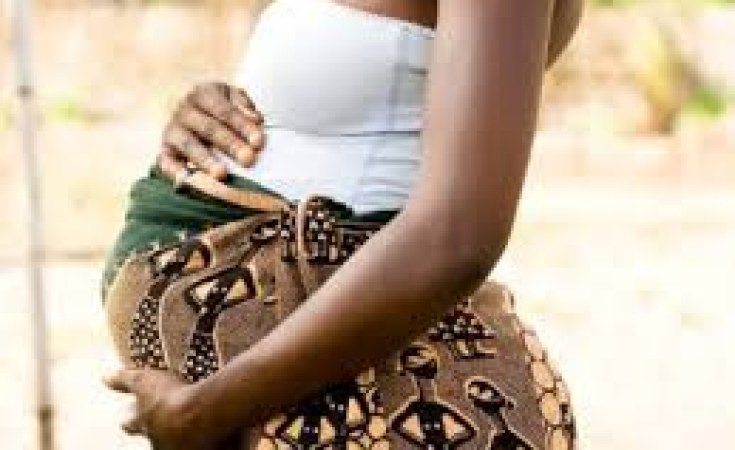 When Safinah Namukwaya got married to Badru Walusimbi, a resident of Nunda Village in Kalungu District, Uganda in 1996, her only wish was to have at least one child with him.

Despite being married for 24 years, Ms Namukwaya had not been blessed with children.

When she attempted to have a baby in her first marriage with another man between 1973 and the 90s, she suffered an ectopic pregnancy.

After reaching menopause, her dream of becoming a mother had started to fade.

In March 2019 when she had clocked 63, she visited the Women's Hospital International and Fertility Centre in Bukoto, Kampala and upon examination, Dr Edward Tamale Ssali, the director of the hospital realised that she can conceive despite her advanced age.

In an interview on Sunday, Dr Ssali said he realised that Ms Namukwaya had blocked tubes and recommended that she try In Vitro Fertilisation (IVF).

"What we did is that her egg cells were fertilised outside her body and when the embryos formed, we put them back into her womb," Dr Ssali said.

He added: "She was lucky that her first attempt resulted in a successful pregnancy because some women make several attempts and fail."

He said the whole procedure costs Ushs15 million but since Ms Namukwaya could not raise the money, she was asked to pay 4 million.

"As a hospital, we made a top up of Ushs11 million to enable her get a baby," the hospital director added.

Dr Ssali said any woman who is not above 70 years and has a strong immunity can still be helped to conceive using her husband's sperm, and sometimes using a donated egg from another woman.

"Age is just a number. Using IVF technology, any woman can still have a baby so long as her immunity is not suppressed by diseases like HIV/Aids," he said.

Ms Namukwaya becomes the 25th woman in Uganda above 50-years-old to conceive through IVF, according to Dr Ssali.

Dr Herbert Kalema, a gynaecologist in charge of Maternity Ward at Masaka Regional Referral Hospital, said that by the time Namukwaya reported at the facility three weeks ago, she had abdominal pain, high blood pressure, difficulty in breathing and swollen legs.

"We very well knew her history and when the pregnancy reached eight months, we didn't want to take chances and that is why we opted for a caesarean section. We thank God that all well went," he said.

He said after the operation, Ms Namukwaya became stable and started breast feeding her baby with ease. The baby weighed 2.6kg, which Dr Kalema said is normal.

"This is the fifth woman above the age of 50 to deliver from our facility and all have delivered by caesarean," he said.

Dr Kalema said Namukwaya attended some of her antenatal clinics at Women's Hospital International and Fertility Centre, but when the lockdown was declared, she shifted to Masaka Regional Referral Hospital.

Ms Namukwaya said she was excited about getting a baby at an advanced age after enduring several years of insults and ridicule from some women in her village.

"I really feel excited. It is unbelievable but I thank Allah that I have finally become a mother by His grace," she said, adding that she had named the baby Sarah.

Mr Walusimbi said that despite the long wait to get a baby he never abandoned his wife.

"She has all these years been a good and hardworking woman and that is why I chose to stick with her," he said.

IVF technology was introduced in Uganda in 2004. Since then, 20,000 babies have been born at the Bukoto-based centre through IVF.