Ghana: As EC Begins Voter Registration Tomorrow - President Rallies All to Register ... to Vote in 2020 Elections 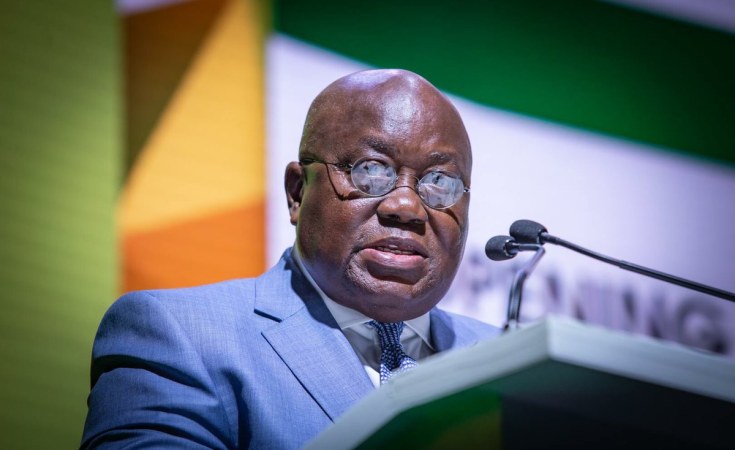 President Nana Addo Dankwa Akufo-Addo has urged Ghanaians above 18 years and of sound mind to turn up in their numbers to participate in the new voters' registration exercise by the Electoral Commission (EC) which begins tomorrow June 30.

"Last Thursday the Supreme Court presided over by the Chief Justice by a unanimous decision by the seven-member panel settled all the issues surrounding the voter's register and affirmed the right of the EC to proceed with the compilation of the new voters register in accordance with the provisions of constitutional instrument C.I 126. The road has now been cleared for the Electoral Commission to proceed.

I am calling on every member and sympathiser of the New Patriotic Party (NPP) and indeed on all eligible Ghanaians no matter what party they belong to, if any, to go out and register and exercise their civic responsibility of 7 December 2020 to elect a government of their choice in a free, fair, peaceful and transparent election" he said at a ceremony by the leadership of the NPP to acclaim him as the party's candidate in this year's presidential elections on December 7, 2020," he added.

The President pledged to secure a second term victory for the New Patriotic Party (NPP) when the nation goes to polls on December 7 this year.

"I will do everything on my part to justify the decision and lead the party to another victory in December. I respect in all humility your decision,"

President Akufo-Addo said last weekend after his endorsement by the NPP to lead the party as flagbearer in the December 7 presidential elections.

President Akufo-Addo will be contesting on the ticket of the NPP for the fourth consecutive time after leading the party in the 2008, 2012, and 2016.

He will lock horns with former President John D. Mahama representing the opposition National Democratic Congress (NDC) for the third time. The former President won the presidential elections in the 2012 election but lost his second term bid to President Akufo-Addo in 2016.

The December 7, 2020 polls will be the first time two candidates who have 'tasted' power before will be competing for a second term. Both candidates will tout their achievements in an attempt to win voters to their side.

President Akufo-Addo's acclamation was in consonance with Article 13 (2) (1) of the NPP's constitution that provides for an acclamation when there is a sole presidential candidate at the close of nominations.

He emerged the sole candidate for the party for election 2020, after the close of nominations for a flagbearer for the NPP.

In keeping with the constitution of the NPP and in consultation with the National Executive Council, President Akufo-Addo named Vice President Mahamudu Bawamia as his running mate for the contest.