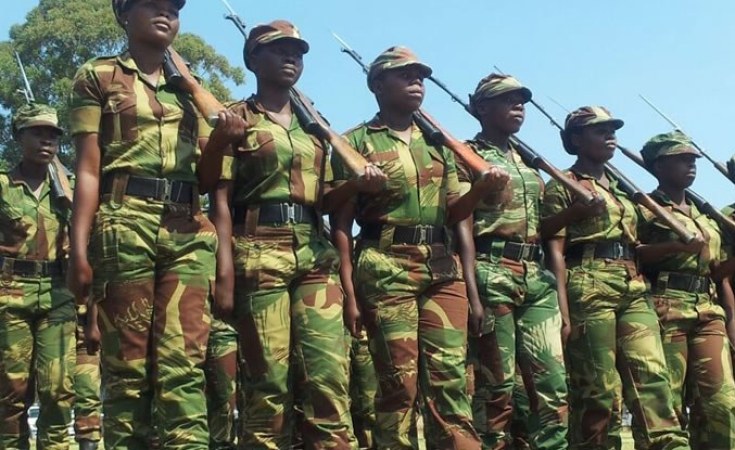 Sources said the activity, which included personnel drills and rebooting of the armoury, went on for about three weeks before it was halted following concerns from the Office of the President and Cabinet.

The developments come amid stern tests for Mnangagwa's wobbling administration, struggling to douse an intractable crisis that has wiped the value of the Zimbabwean dollar, and plunged the country into economic tumult.

Two weeks ago, the Joint Operations Command (Joc) held an impromptu press conference, addressed by home affairs minister Kazembe Kazembe who stunningly dismissed rumours that Zimbabwe was on the tip of being swept by a second coup, three years after the military toppled the late former president Robert Mugabe in 2017.

When Mugabe was ousted, subsequently catapulting Mnangagwa to the helm, the Mechanised Brigade played an influential role in the military operation that restricted the long-time ruler to his opulent Blue Roof mansion in the capital.

Located just 40km North of Harare, the Mechanised Brigade comprises of specially trained soldiers and is in charge of the entire national armoury.

It is also responsible for security the greater Harare region.

After the military putsch, the then commander of the Zimbabwe Defence Forces (ZDF) Constantino Chiwenga and a trusted ally of Mnangagwa was appointed vice president-with several army chiefs promoted into government.

However, Mnangagwa's stay in power has been turbulent, not least because of the worsening economic crisis, but also ambitions by Chiwenga to assume the presidency.

Chiwenga, a career soldier, still enjoys solid loyalties within the rank and file of the military where he steadily rose through the ranks during his 37 years of service.

Military sources said the Mechanised Brigade, was in a state of preparedness, undertaking a series of drills in what appeared to have been a "routine refresher course", a few days before last week's Joc press conference.

The sources said the press conference by Joc, which brings together military, police and intelligence chiefs, could have been unnerved by the heightened activity by the Mechanised Brigade, amid simmering disquiet within the army over the worsening economic environment and deteriorating working conditions.

"During the course of this month, the Mechanised Brigade in Darwendale was undertaking sustained drills, in full military combat in what appeared to have been a routine refresher course.

"As part of the 'exercises', the troops brought out cascavels in what appeared to have been an intensive drill. Instructively, the sustained military drills came to an end a few days before Joc convened last week's press conference that was addressed by minister Kazembe," a military source who spoke on condition of anonymity said.

Sources also said the unusual move by Joc was a result of cumulative anxiety over the disquiet within the army, which had led to rampant indiscipline among troops.

"At the 2 Presidential Guard infantry battalion for instance, the level of indiscipline had severely worsened.

"Some officers were not even reporting for duty and they could be seen watering their gardens of basking in the sun within the precincts of the camp and commanders have been having a torrid time trying to bring normalcy back," one source said.

The army's ordnance corps has been complaining about rampant theft of various items, particularly food rations

Even as government allayed fears of a potential coup, an unnerved Mnangagwa has shuffled commanders at the Mechanised Brigade and the Presidential Guard in a bid to coup-proof his administration, and in the process, consolidating his grip on power.

Mnangagwa in January shuffled commanders from the two influential units, with those out of favour deployed to new roles, which sources said were "not influential" to orchestrate a coup.

At Mechanised Brigade, Brigadier-General Gwekwerere who headed the unit during the military coup of 2017-was in June last year reassigned to the post of brigadier-general in charge of general staff at Army Headquarters.

A panicky Mnangagwa also wrung changes at the Presidential Guard, which is responsible for providing protection to the president, and securing Harare.

It is a specialised force trained to fight in built up areas, consisting of two battalions namely the 1PG Battalion, commonly known as State House Battalion and the 2 PG Battalion situated in Dzivaresekwa.

Sanyatwe was initially promoted to the rank of major-general before he was retired from the military and posted to Tanzania as Zimbabwe's ambassador.

During the coup days, the 1 PG Battalion was commanded by Lt-Col Never Jones Makuyana, who was promoted to the rank of Colonel and appointed Mnangagwa's Aide de Camp.

Like Murombo, Makuyana was transferred to Defence House although he is reportedly not out of favour.

The Joc press address was subsequently buttressed by government's spirited attack against the opposition, civil society organisations and diplomatic missions on allegations of instigating civil disturbance in the country in a bid to topple the Mnangagwa administration.

As the economy plunges down the abyss, morale within the military has dropped to an all-time low, with soldiers complaining of poor remuneration and deteriorating working conditions in an environment where inflation is currently hovering around 800%.