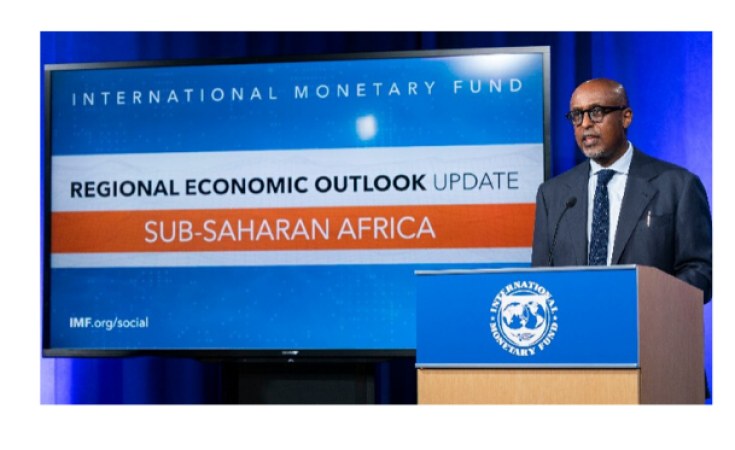 The COVID-19 pandemic continues to represent an unprecedented health and economic crisis, with costs that will be felt most keenly by the poorest segments of the world’s population, the International Monetary Fund (IMF) said in its latest Regional Economic Outlook for Sub-Saharan Africa.

“This is a fast-moving crisis” said Abebe Aemro Selassie, Director of the IMF’s African Department. “And recent developments suggest that the downturn will be significantly larger than we had anticipated only 10 weeks ago. The risks we highlighted in April all continue to be a concern, but the deterioration of the global outlook has been particularly striking. In line with this new outlook, and consistent with local high-frequency indicators, output in Sub-Saharan Africa is now projected to shrink by 3.2 percent this year, more than double the contraction we had outlined in April. Again, this is set to be the worst outcome on record. 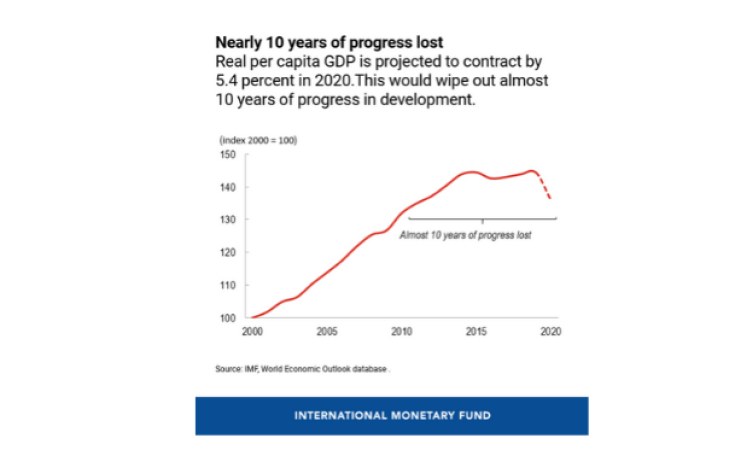 IMF
The COVID-19 crisis is set to wipe out nearly 10 years of progress in development. Real per capita GDP in the region is projected to contract by 5.4 percent in 2020. This will bring the per capita GDP almost back to its level in 2010. COVID-19 is set to increase extreme global poverty for the first time in decades, with 26-39 million people thrust into extreme poverty in sub-Saharan Africa alone.

“On the pandemic, the growth rate of new cases has slowed slightly since April, and a number of countries have cautiously eased some of their containment measures. But regionwide, the pandemic is still in its exponential phase—Sub-Saharan Africa has recently exceeded more than a quarter of a million confirmed cases, and new cases are still doubling every 2-3 weeks. Given the region’s already-stretched healthcare capacity, the immediate priority is still to protect lives and to do whatever it takes to strengthen local health systems and contain the outbreak.

“On economic policies, sub-Saharan African countries have acted swiftly and aggressively to support the economy. Monetary and prudential policies have been eased, with countries adopting a mix of reduced policy rates, added injections of liquidity, greater exchange-rate flexibility, and a temporary relaxation of regulatory and prudential norms, depending on country circumstances.

“On the fiscal side, however, country responses have often been more constrained. Even before the crisis, debt levels were elevated for many countries in the region. In this context, and in light of collapsing tax revenues, the ability of governments to increase spending has been limited. To date, countries in the region have announced COVID-related fiscal packages averaging 3 percent of GDP. This effort has been indispensable. But it has often come at the expense of other priorities, such as public investment, and is markedly less than the response seen in other emerging markets or advanced economies.

“Also, authorities in sub-Saharan Africa face a distinct challenge in getting support to those who need it most. Around ninety percent of non-agricultural employment is in the informal sector, where participants are usually not covered by the social safety net. Moreover, a large proportion of this activity centers on the provision of services, which have been particularly hard hit by the crisis. Further, informal workers typically have few savings and limited access to finance. So staying at home is often not an option; complicating the authorities’ efforts to maintain an effective lockdown. In response, many authorities have done what they can to temporarily expand their safety nets; using home-grown, often innovative approaches to ensure that transfers reach as much of their population as possible. But again, resources are limited, and these efforts cannot hope to offset the full impact of this crisis. 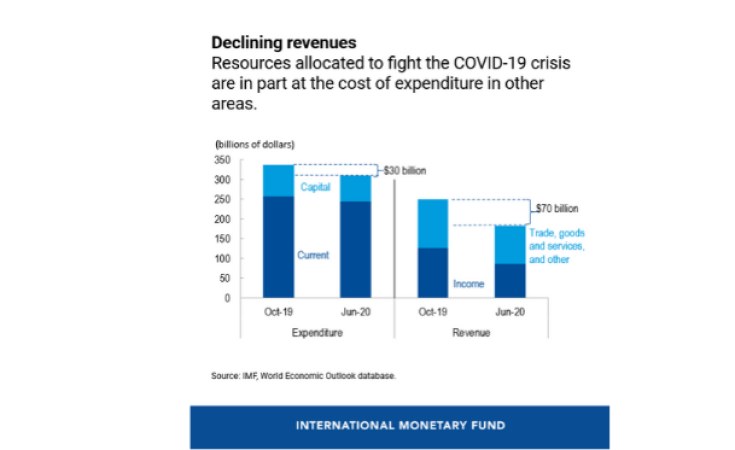 “In sum, many authorities in Sub-Saharan Africa face a particularly stark set of near-term policy choices; concerning not only the scale of support they can afford, but also the pace at which they can reopen their economies.”

Against this backdrop, Mr. Selassie pointed to a number of policy priorities going forward.

“First and foremost, the immediate priority remains the preservation of health and lives. But as the region starts to recover, authorities should gradually shift from broad fiscal support to more affordable, targeted policies; concentrating in particular on the poorest households and those sectors hit hardest by the crisis.

“Looking even further forward, and once the crisis has waned, countries should refocus their attention on transforming their economies, creating jobs, and boosting living standards—clawing back some of the ground lost during the current crisis. As before the crisis, part of this effort will require putting fiscal positions back on a path consistent with debt sustainability; which will in turn require a renewed determination to implement revenue-mobilization, debt-management, and public financial management reforms. In addition, sustainable, job-rich, and inclusive growth will require private-sector investment, along with a business environment in which new ideas and projects can flourish, and where new opportunities (such as from the digital revolution) can be developed fully. 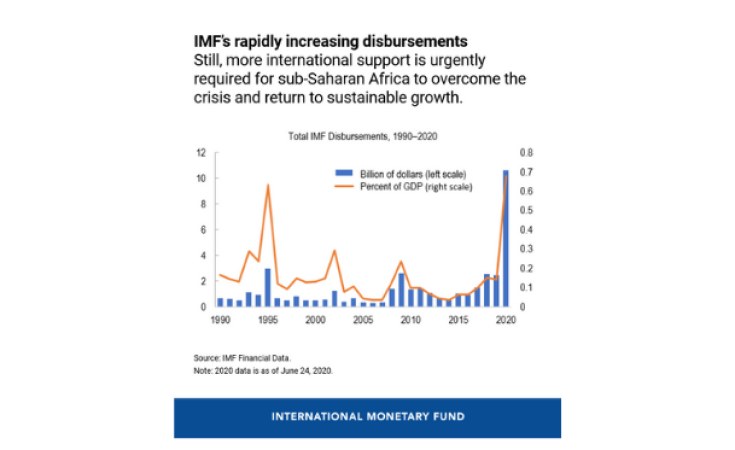 IMF
More international support is urgently required for sub-Saharan Africa. International financial institutions, including the IMF, have provided much-needed assistance to sub-Saharan Africa. On April 15, the G20 announced the Debt Service Suspension Initiative (DSSI), which allows the world’s poorest countries — most of them in Africa — to suspend up to $14 billion of debt service payments due in 2020. Despite this, countries across Africa still face financing needs amounting to over $110 billion in 2020, with $44 billion still having to be financed.

“None of this will be easy, particularly in light of the scale of the crisis and its longer-term consequences. The region cannot tackle these challenges alone, and a coordinated effort by all development partners will be key. The IMF has modified the Catastrophe Containment and Relief Trust (CCRT) to provide immediate debt service relief for its poorest and most vulnerable members, and has also doubled its emergency lending facilities. So far, 29 countries in the region have received around $10 billion in funding through these facilities, or through expanded access under existing programs. In April, the G20 also announced the Debt Service Suspension Initiative (DSSI), which allows the world’s poorest countries—most of them in Africa—to suspend up to US$14 billion of debt service payments due between May and December this year.

“Nonetheless, more international support is needed urgently. This year alone, countries in the region face will additional financing needs of over $110 billion, and despite the efforts outlined above, $44 billion of this has yet to be financed.

“This crisis is unprecedented. Our members need us now more than ever. And our efforts today will have significant consequences down the road, not only in helping our members offset the immediate tragedy of the crisis, but also in ensuring that peoples’ lives and livelihoods are not destroyed forever.” 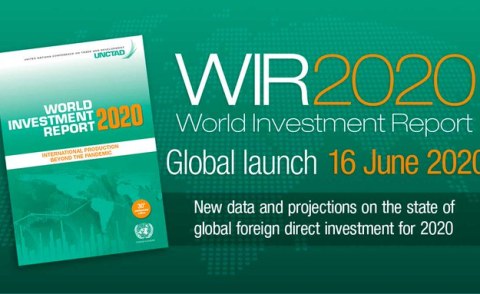 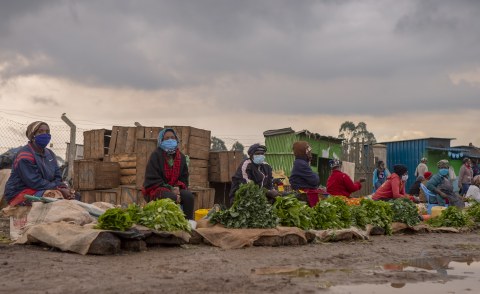 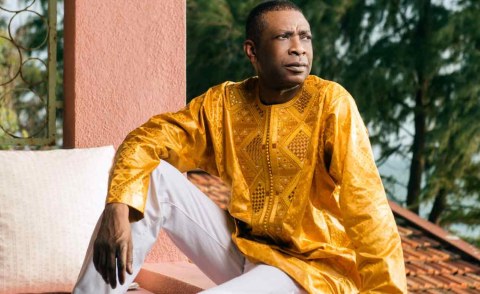 Ministers Issue Urgent Call to Address Pandemic's Economic Impact
Tagged:
Copyright © 2020 International Monetary Fund. All rights reserved. Distributed by AllAfrica Global Media (allAfrica.com). To contact the copyright holder directly for corrections — or for permission to republish or make other authorized use of this material, click here.