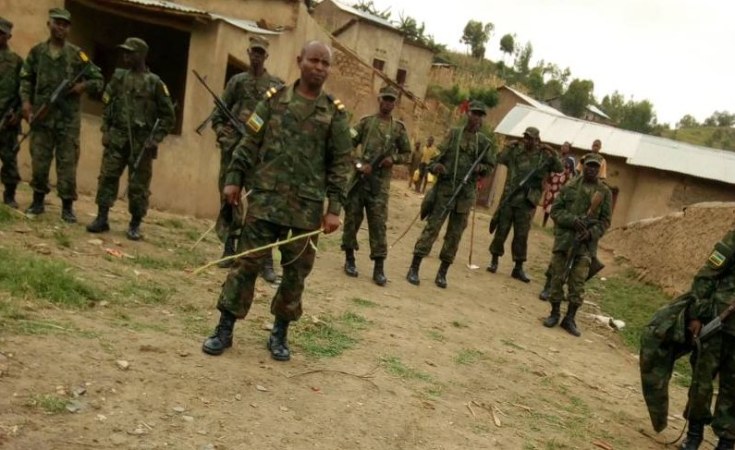 Rwanda's army foiled an attack by an armed Burundian group at the weekend, targeting a displaced persons camp about one kilometre into Rwandan territory, according to the Rwandan Defence Forces (RDF). Four of the attackers were killed.

About 100 unidentified gunmen attacked a position of the Rwandan army near Yanze IDP Model village, with the aim of targeting displaced persons, the RDF said. The camp is located in Ruheru sector, Nyaruguru distinct, in southern Rwanda.

The attack last between 20 and 30 minutes by assailants armed with machine guns, rocket launchers and grenades, the Rwanda military said in a statement.

Three of the Burundian attackers were captured, three RDF soldiers sustained injuries and the remaining assailants fled across the border back to Burundi, Munyengango said.

"Burundian soil cannot be a sanctuary for armed groups that attempt to disturb the peace of our neighbours," said Burundi's army spokesman Floribert Biyereke, denying that armed elements crossed the border to attack a position in Rwanda.

SOS Medias Burundi, a collective of journalists established in the aftermath of the 2015 crisis, reported that members of the armed group injured during the attack were picked up by a Burundian army 4X4, according to testimonies from local residents, suggesting Burundi's military knew about the attack.

Willy Nyamitwe, a senior advisor to recently sworn-in President Evariste Ndayishimiye, dismissed the reports from SOS Medias Burundi, saying the reports aimed to "support the lies of Rwanda against Burundi".

The attack came shortly after the burial on Friday of former president Pierre Nkurunziza who died on 8 June aged 55 - possibly from a case of Covid-19, although that has been denied by the Burundian authorities.

Ndayishimiye was elected in May during polls criticised by the Catholic Church as having irregularities and hampered by a lack of transparency.