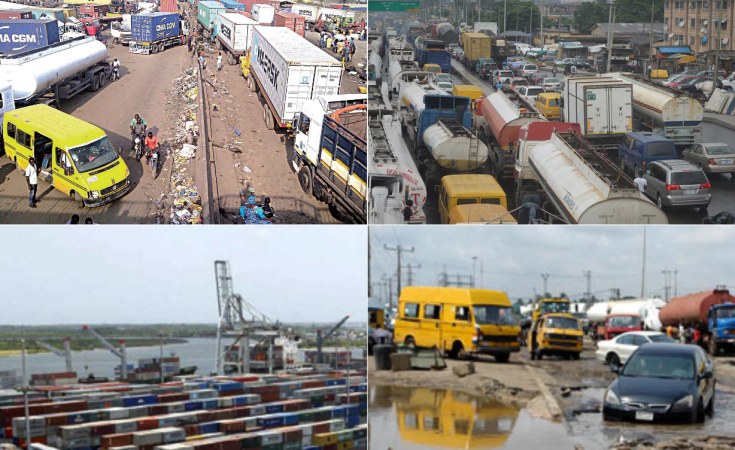 Motorists and residents plying the Oshodi-Apapa and Lagos Badagry Expressways were stranded, yesterday, as a result of the failed roads caused by flooding and persistent rainfall in the state.

The motorists lamented the perennial gridlock in the axis, blaming it on neglect on the part of the Federal and State Governments.

The situation seemed to have overwhelmed members of the state police command, Presidential Task Team, as well as Lagos State Traffic Management Authority, LASTMA, deployed to manage and control traffic in the axis as they watched the chaotic situation amid intermittent rainfall.

Motorists were seen stranded for several hours in gridlock which was compounded by an influx of tankers and containerised trucks.

The traffic stretched from Cele Bus stop along Oshodi-Apapa to Mile-2 end of the road, while it also affected the Lagos Badagry Expressway from Alakija to Mile-2 end.

In the ensuing chaos around the axis, several vehicles were stuck in the flood around the bad portion on the road while miscreants made brisk business by helping victims to push out their vehicles off the danger zone at a bargained fee.

The current situation was further compounded by heavy flooding of the axis as a result of persistent rainfall in the state which made both sides of the road impassable for motorists.

The four-lane road has been narrowed down to a single lane for all kinds of vehicles in an attempt to avoid the wide potholes on the roads covered by the flood.

The drainage system is also not functioning as they have been clogged up with various impediments, thereby impeding the free flow of stormwater.

A LASTMA official, who spoke to Vanguard in confidence, said: "The congestion on Monday is as a result of the bad portion on both sides of the Lagos-Badagry Expressway, coupled with a high level of flood due to persistent rainfall.

"Motorists have to drive gently to wade through flood and pass the failed portion of the road to avoid the incidence of fallen vehicle. We were told that the Lagos State Government has announced plans to rehabilitate the bad portions but they are yet to mobilize contractors to fix them.

"Though, the palliative work done through stone-base to fill the bad portions of the road has been eroded by heavy downpour since last week.

"What we are trying to do is to ensure there is no broken down vehicle to lockdown the road entirely. The situation is really giving us cause for concern as well as hectic time."

When contacted, the Public Affairs Officer of the Lagos State Public Works Corporations, LSPWC, Mr. Gani Lawal, whose agency is saddled with the rehabilitation of roads, directed Vanguard to the Ministry of Works and Infrastructure for a response.

Lawal said: "It is not within our scope, the Ministry of Works and Infrastructure will be the appropriate source."

But efforts to reach the Special Adviser to the Governor on Works and Infrastructure, Mrs. Aramide Adeyoye, for reaction, were ignored.

Several calls and messages sent to her phone were not answered. 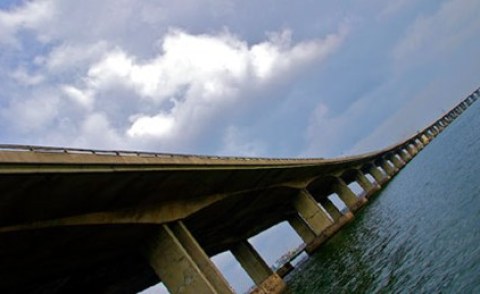 Crime Resurfaces as One of Many Problems at Nigerian Ports
Tagged:
Copyright © 2020 Vanguard. All rights reserved. Distributed by AllAfrica Global Media (allAfrica.com). To contact the copyright holder directly for corrections — or for permission to republish or make other authorized use of this material, click here.

Somalia Restores Relations with Kenya - With Help from Qatar
ICT