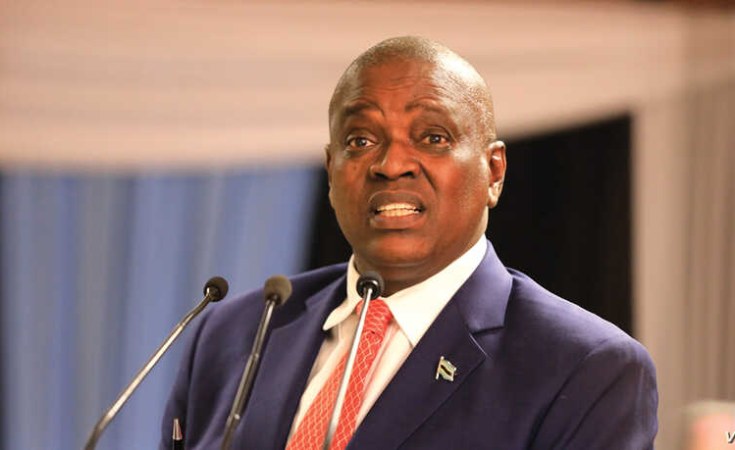 The Botswana government confirmed in a statement on Monday that President Mokgweetsi Masisi will meet with Dlodlo on Tuesday afternoon. The statement was further posted on Masisi's official Twitter page.

However, prior to the confirmation by the Botswana government, Ramaphosa's spokesperson Khusela Diko denied that an envoy had been appointed.

"The president has not and has no intention of appointing an envoy to Botswana in relation to the cases involving Bridgette Radebe," she said.

Diko said no minister has been tasked to deal with the matter.

Dlodlo's trip to Botswana comes as that government had approached AfriForum to assist it in tracing millions of Pula allegedly laundered from the country.

Botswana's Director of Public Prosecutions (DPP), advocate Stephen Tiroyakgosi, last Tuesday bemoaned the lack of response from South Africa's Department of International Relations and Cooperation (Dirco) after its request for mutual legal assistance in the matter.

Motsepe-Radebe is implicated in allegations of money laundering.

Last week the Botswana government announced it had enlisted the services of AfriForum's Gerrie Nel to get the Department of International Relations and Cooperation to respond to its request made last September.

The move by Gabarone is expected to cause diplomatic tensions between it and Pretoria.

Speaking to City Press, Motsepe-Radebe had challenged the Botswana government to "produce evidence that such a large amount of money left the country in the first place and how and if the Reserve Bank of Botswana has no records of that".

She also bemoaned the fact that the names of her relatives - Ramaphosa is her brother-in-law and Patrice Motsepe is her brother - come up whenever the case is mentioned.

Motsepe-Radebe has denied the accusations.

She further stated that she would "welcome the South African government assisting the Botswana government with its request for mutual legal assistance ... These allegations are harmful to my reputation and to all the other citizens that have been referenced in the affidavit".

Nel further told the media that: "Money originating from the Bank of Botswana was illegally laundered through various international accounts and pertinent to this particular account, $48 billion found its way to bank accounts in South Africa."